The death of conventional buses

By Pietro Perlo
The recent developments of the bus industry have led to impressive advancements: batteries with two different chemistries have been demonstrated to be capable of retaining 90% of the capacity after 10,000 deep cycles in ultra fast charge up to 400kW1. While the high robustness under several tenths deep cycles is a rather consolidated characteristic of several LTO commercial batteries, the current state of-the-art relies on a new level of system integration offering a radical change on the expectations of road transport. The battery pack is highly thermalized with all cells immersed in a temperature controlled flowing liquid. 12,000 electric buses are running worldwide with over 1 billion km without inconvenience using battery packs with those characteristics. About 1,000 of these are in operation in London2, where two people only maintain the full fleet against the usual 50 people necessary to maintain an equivalent fleet of diesel buses. E-buses developed with batteries priced 700$/kWh would be operated at the same cost of diesel and CNG buses, while e-buses with batteries price 150$/kWh would be cheaper even if the diesel would be free3. Clearly we are facing a situation per which conventional buses will soon become obsolete. Many large cities starting from London will not consider any more conventional buses simply because e-buses cost less with much less maintenance. 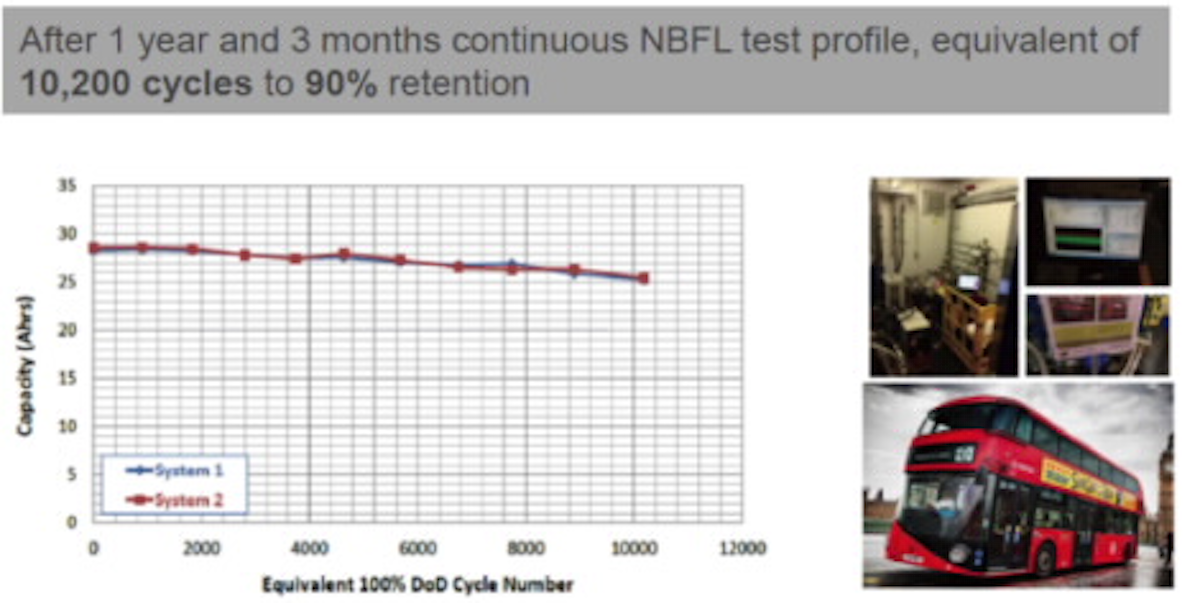