BYD approved as a local manufacturer in Argentina 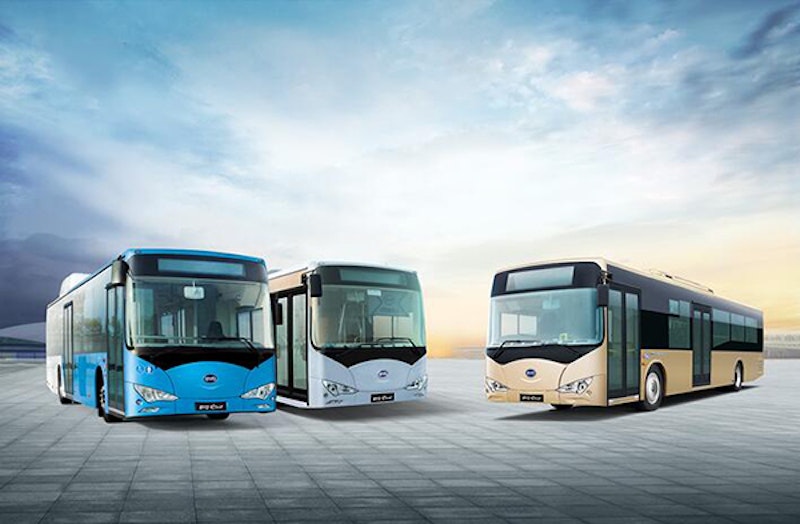 CTS Auto / BYD Auto, a firm controlled by renewable energy technology company BYD, has been authorized through Presidential Executive Order to become a local auto manufacturer in Argentina. As such, BYD plans to contribute towards sustainable development, offering electric mobility solutions, which aim to improve the quality of life and provide industrial and social sector growth.
Through the introduction of cutting edge technology, currently nonexistent in the country, the company aims to generate jobs, contributing to social and industrial development; subsequently fulfilling environmental commitments assumed by the Argentine Republic, a top priority of President Mauricio Macri since the start of his term. BYD is confident that the changes propelled by the current government have created the conditions necessary to define their investment in Argentina within the company's ambitious international expansion plans.
BYD will partake in the transformation of urban bus fleets in Argentina through the installation of a 100% electric bus plant, with the goal to reduce harmful noise and gas emissions in urban centers; a step towards reform of the grim worldwide pollution caused by automotive transportation. The timing of the new plant goes hand in hand with investment policies displayed in the country in terms of sustainability and renewable energy projects.
In Argentina, BYD began its development plan in 2011 during a visit from CEO and founder Wang Chuanfu, who signed an MOU with the Ministry of Industry and Transportation. The memorandum laid the foundation of the company's intent for local manufacturing of electric vehicles. In 2013, BYD initially applied for approval of its noise emission technologies to the Secretary of Environment and Sustainable Development and in April 2017 became the first company to obtain a LCM (Model Configuration License) for its Pure Electric Urban Buses.
Earlier this month BYD announced that it has signed an agreement with the Government of Ecuador to build an electric bus factory in that country. BYD will invest $60 million into the new facility where it will create about 300 jobs. The new factory will have the capacity to produce out 300 of its fully electric buses each year.
For more see Electric Buses 2017-2027
Source and top image: BYD