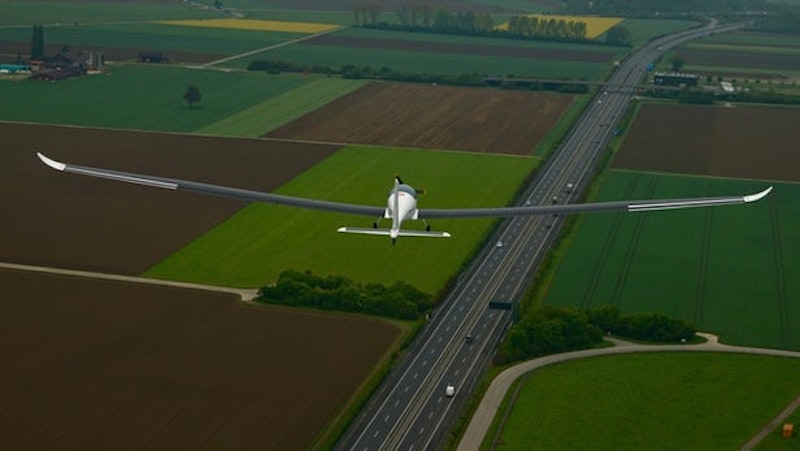 SolarStratos is a commercial two-seater solar plane that aims to be the first manned solar plane penetrating the stratosphere. Calin Gologan (Elektra-Solar GmbH - technical partner SolarStratos) is the designer. The basis of the commercial aircraft will be used and the aircraft will be pushed to the limit of its ability to succeed. This tandem two-seater, with a wingspan of 24 meters and a weight of 450 kilos will fly like any other SolarStratos aircraft which means not perpetually. This will in no way impair the Mission SolarStratos, which will be a flight in high altitude.
After many long months of hard work and intense round trips between Hurlach in Germany - where SolarStratos was built - the CSEM in Neuchatel and Payerne in Switzerland, the aircraft was ready to deploy its solar-powered wings. Final touches included
installing photovoltaic components on the wings and stabilisers at the rear of the aircraft, close to the rudder. The wings were then transported from Neuchatel to Payerne to be attached to the fuselage.
The slightest damage, particularly to the carbon fibre structure, could have serious consequences on the continuation of the mission.
On Friday the SolarStratos test pilot Damian Hischier took the aircraft for its first test flight. The taxiing tests on the tarmac and the runway were conclusive and the Federal Office of Civil Aviation issued a 'permit to fly'. The flight took place at Payerne in Switzerland and flew for 7 minutes at an altitude of 300 metres.
"We did it!" exclaimed Raphael Domjan, who will pilot the plane on its mission to the stratosphere. "With this step completed, we can look forward to the next adventures with peace of mind. Of course, the road to flying at very high altitude is long, but we are confident of getting there. The intention is to get there step by step with confidence. Our current objective is for Raphael and his co-pilot, Thierry Plojoux, to master SolarStratos so that we can demonstrate the aircraft's flight capabilities at a major event in Quebec in June." 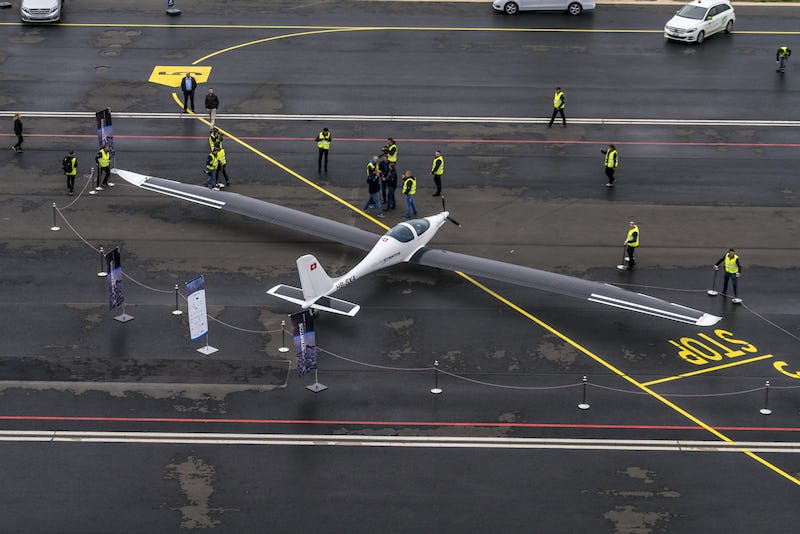 SolarStratos is 8.5 meters long with a wingspan of 24.9 metres. 22.2 square metres of solar cells with an efficiency of 22-24% and a 20 kwh lithium-ion battery power the plane.
For more see Manned Electric Aircraft 2017-2027 and Energy Independent Electric Vehicles Land, Water, Air 2017-2037
Source and top image: SolarStratos
Learn more at the next leading event on the topic: Electric Vehicle Materials Europe 2020