Fisker has officially launched its its new EMotion all-electric vehicle in Las Vegas. Henrik Fisker, chairman and CEO of Fisker Inc., commented on the launch: "We are truly entering a new era in the way the world thinks about vehicles, the way EVs are charged and the way personal consumer electronics are powered". He added "With the EMotion, we're introducing edgy, dramatic and emotionally-charged design/proportions - complemented with technological innovation that moves us into the future. That design balance is what has made the Fisker brand emotionally connect with our consumers."
Fisker also showcased its new solid-state battery at the launch saying "We've also made the seemingly impossible, possible with our scientists spearheading the breakthrough in Flexible Solid-State battery technology - which is the next generation in charging everything from your personal cell phone to enabling mass adoption of electric vehicles due to unprecedented ranges and lighting fast charge times. We're incredibly excited to showcase working solid-state batteries and the vehicle, in-person, on such a massive global stage. Fisker Inc. is about breaking barriers, leading in automotive technologies and ultimately creating the most desirable, functional futuristic electric vehicles." 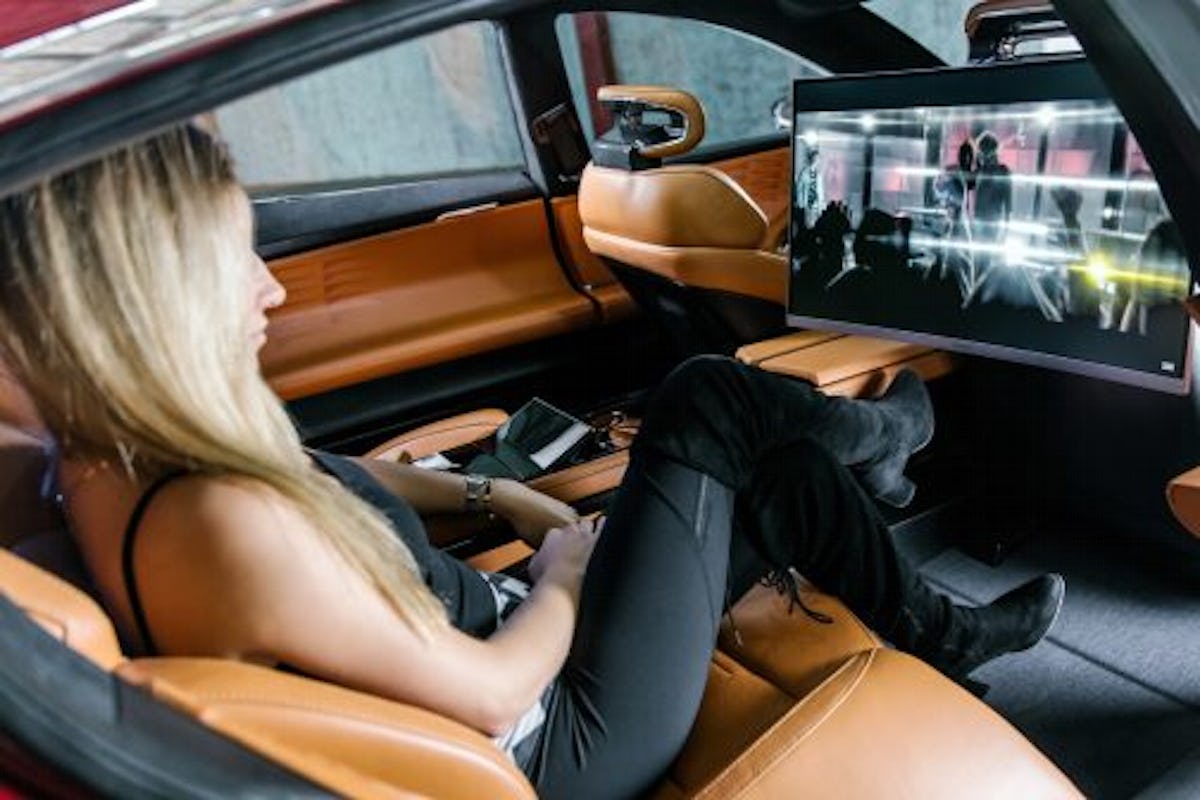 Fisker claims that the EMotion has the capacity of going 0-60 mph in under 3 seconds with a top speed of 160 mph and that the multiple electric motors deliver more than 575 KW ( approx 780hp) of power to enhance the driver's acceleration. The EMotion comes equipped with an advanced autonomous driving system with the ability to conquer everything from start and stop traffic to sailing in the fastlane. The EMotion's autonomous system is composed of multiple LIDAR sensors throughout the body, ultrasonic sensors and cameras with the capability of reacting quickly through the short-range and long range radar.
The one of-a-kind Fisker Butterfly Doors are equipped with touch sensitive sensors to monitor the proximity of surroundings and smoothly open up and out of the way. And it's all done through your smartphone.
Fisker commented the car "will be produced in the United States at a location to be announced during the second half of 2018."
Source and images: Fisker