The first serially-built Pipistrel Alpha Electro has taken flight in Australia. The aircraft, which received a Special Certificate of Airworthiness from Australia's Civil Aviation Safety Authority (CASA) in October 2017, took off from Perth's Jandakot Airport and conducted two circuits around Jandakot (the 5th busiest airport in the southern hemisphere with more than 375,000 movements last year). It then went on to complete another seven hours of flying over the following two days before being handed over to Electro.Aero, the aircraft's operator.
The Alpha Electro can be registered in Australia as either a recreational aircraft or with CASA. In both cases it can be used for training, even to obtain a Private Pilot Licence (PPL). The Pipistrel Alpha Electro is the first electric aircraft that offers the possibility of PPL training.
The aircraft was sold and all the paperwork done by Australian distributor, X-Air Australia and its representative, Mr. Michael Coates. The new owner of the aircraft, Perth-based company Electro.Aero, stated that they were satisfied with the new aircraft.
Mr. Richard Charlton, the finance director of Electro.Aero said in his statement for Australian Aviation that it was a smooth first flight. "It was very much without drama. We were just in the pattern behind a normal aeroplane and the control tower was very excited. They knew all about what was happening."
Charlton said the aircraft was much quieter and cheaper to operate than equivalent-sized aircraft, powered by piston engines."The main issue with petrol is the maintenance costs of what is a more complex engine," Charlton said. "The electric engine is really simple. It has one moving part, it's a very small piece of equipment and it is a solid-state motor."
The General Manager of Pipistrel, Mr. Ivo Boscarol said an all-electric training aircraft would help lower the cost of becoming a pilot.
"Technologies developed specially for this aircraft cut the cost of ab-initio pilot training by as much as 70 percent, making flying more affordable than ever before," Boscarol said. "The biggest advantage is being able to conduct training on smaller airfields closer to towns with zero CO2 emissions and minimum noise." 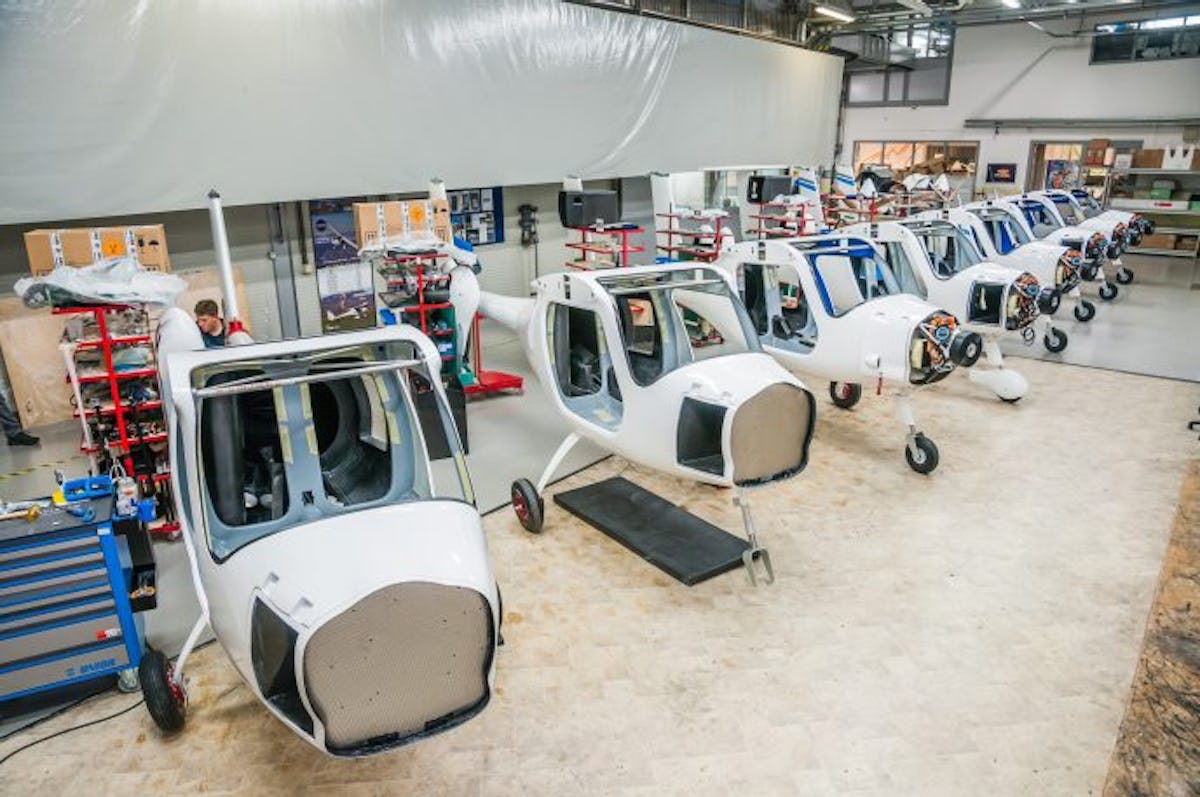 For now, the Electro.Aero company is offering trial instructional flights with the Alpha Electro, with a view to eventually offering ab-initio flight training all the way to recreational pilot certificate in the near future.
Source and images: Pipistrel