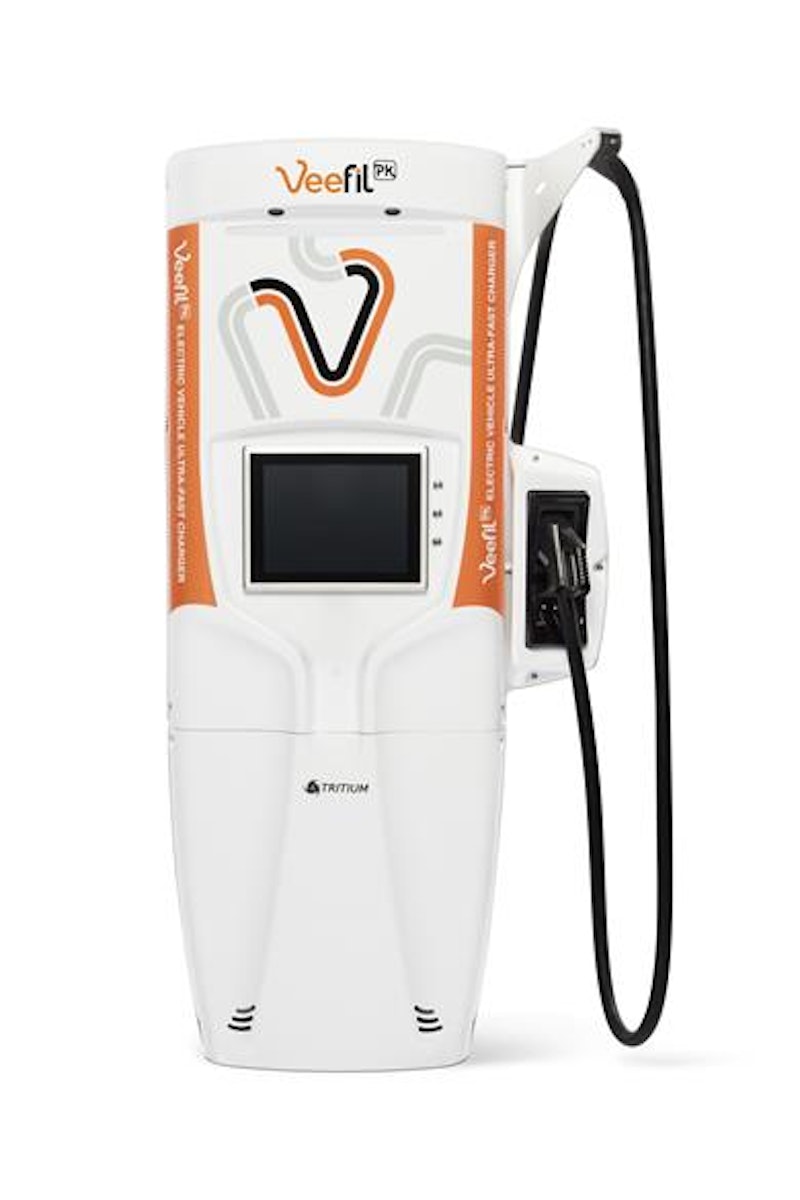 Tritium, a leading specialist in DC charging infrastructure solutions for electric vehicles (EV), will showcase its unique HPC system at an event in the UK, a scalable, flexible system for commercial operators, capable of charging an electric vehicle up to 475kW. For more information see the IDTechEx report on electric motors for electric vehicles.
In June 2018, IONITY*, the pan-European HPC network, chose Tritium to supply its 350kW HPC systems at 100 of its sites, taking advantage of the company's unique technology and the considerable benefits and cost savings it provides for network owners.
In addition, Tritium will be showing its award-winning Veefil-RT 50kW DC rapid charger that has made a major impact on the European market since its launch in 2014. The success of the Veefil-RT as a rapid charger for both single sites and major charging corridors, has enabled Tritium to take around 50% of the Norwegian market and around 15% of the wider European market for 50kW rapid chargers. It is also becoming a prominent player in the UK, where Tritium is estimated to hold 20% market share of the CCS/CHAdeMO 50kW rapid charger sector.
Tritium offers EV rapid-charging solutions for automotive OEMs, fleet operators, utilities, charge point network operators (CPOs), retailers and fuel companies.
"Tritium's strategy is to be at the forefront of development in this fast-growing sector - first to market where there are new opportunities," explains Jeroen Jonker, General Manager - Sales, Europe at Tritium. "With the announcement of the Road to Zero strategy, the UK is becoming increasingly important as one of our major markets, and we are in active discussion with several organisations in the automotive, utilities and fleet sectors about the deployments of both rapid chargers and high power chargers."
Due to the increasing demand for its technology solutions, Tritium opened a US facility in California in 2017 and a European location with sales, service, assembly and 'in confidence testing' facilities, in Amsterdam in March 2018. Its global HQ and major manufacturing facility is located in Brisbane, Australia.
*IONITY, a joint venture of BMW Group, Daimler AG, Ford Motor Company and the Volkswagen Group with Audi and Porsche, is currently rolling out 350kW HPCs in 400 sites across Europe, including installation of Tritium HPCs on fuel service forecourts in the UK.
Source: Tritium
Learn more at the next leading event on the topic: Electric Vehicle Materials Europe 2020