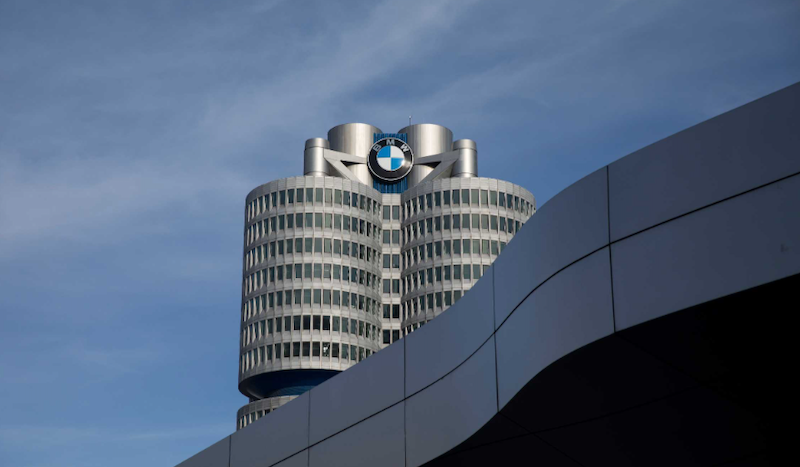 The BMW Group remains firmly committed to following its forward-looking strategy, despite the current challenging conditions. In line with its Strategy NUMBER ONE > NEXT, the BMW Group continues to invest extensively in tomorrow's technologies and is maintaining its steady course, despite highly volatile geopolitical and trade policy developments. For more information see the IDTechEx report on Electric Vehicles 2018-2028.
"Our forward-looking approach has absolute priority. Particularly in these volatile times, we are maintaining our focus on the future and taking the decisions that will lead to tomorrow's success," said Harald Krüger, Chairman of the Board of Management of BMW AG, in Munich on Wednesday. "We stand for trust and continuity. The BMW Group has more than 100 years of experience in dealing with transformation and volatility in a rapidly changing world. This is why we see challenging conditions as an opportunity to move forward and strengthen our position as market leader. We are implementing our strategy rigorously and investing extensively in the technologies of the future, despite today's volatile environment," Krüger emphasised.
Rigorous expansion of electric mobility
With the launch of the BMW i3, the BMW Group established itself early as a pioneer in the field of electric mobility. Electrification is one of the key pillars of the Group's Strategy NUMBER ONE > NEXT. By 2021, the BMW Group will have five all-electric models: the BMW i3, the MINI Electric, the BMW iX3, the BMW i4 and the BMW iNEXT. By 2025, that number is set to grow to at least twelve models. Including plug-in hybrids - whose electrically powered range will increase significantly in the coming year - the BMW Group's electrified product portfolio will then comprise at least 25 models.
This wide range is possible thanks to highly flexible vehicle architectures and an equally flexible global production system. Going forward, the BMW Group will be capable of manufacturing models with all-electric (BEV), hybrid-electric (PHEV) and conventional (ICE) drivetrains on a single production line. Its ability to integrate e-mobility in the production network enables the BMW Group to respond even more flexibly to the increasing demand for electrified vehicles. The goal for the current year is to deliver 140,000 electrified vehicles to customers. By the end of 2019, the BMW Group expects to have more than half a million electrified vehicles on the roads.
The BMW Group is currently developing the fifth generation of its electric drivetrain, in which the interplay of electric motor, transmission, power electronics and battery will be additionally optimised. Integrating the electric motor, transmission and power electronics also cuts costs. Another advantage is that the electric motor does not require rare earths, enabling the BMW Group to reduce its dependence on their availability. The fifth generation of the electric drivetrain will be installed for the first time in the BMW iX3 in 2020.
At the beginning of the third quarter, the BMW Group signed a long-term contract with the Chinese company Contemporary Amperex Technology Co. Limited (CATL) to supply battery cells with a value of four billion euros. The award of this contract was a decisive factor in CATL's decision to build the world's most advanced battery cell manufacturing facility in Germany. From 2021 onwards, cells for the BMW iNEXT - which will be manufactured at the BMW Group plant in Dingolfing - will be supplied by the new CATL plant in Erfurt. The BMW Group has thereby anchored the entire e-mobility value chain in Germany - from battery cell production through to the finished vehicle.
One of the prerequisites for expanding e-mobility volumes on this pioneering scale is the ability to efficiently manage the highly sought-after raw materials needed to manufacture the battery cells. In order to ensure security of supply, the BMW Group will in future purchase specific raw materials such as cobalt itself, and then make them available to battery cell suppliers - a strategy that has already proven its worth for aluminium and other resources. In addition, negotiations are being held with suppliers with the aim of concluding long-term agreements for battery raw materials that meet the BMW Group's sustainability criteria.
Furthermore the BMW Group is establishing a joint technology consortium together with Northvolt (a Swedish battery manufacturer) and Umicore (a Belgium-based company engaged in developing battery materials), thereby taking a further step to ensure access to the cell technology so vital for electric mobility. The collaboration will extend to the development of a complete, sustainable value chain for battery cells in Europe, including development, production and ultimately recycling. The recycling of battery components will play a key role: given the sharp rise in demand for battery cells, the consortium's stated aim is to close the life-cycle loop of raw materials to the greatest possible extent with comprehensive recycling.
Source and top image: BMW