Air Race E one year on 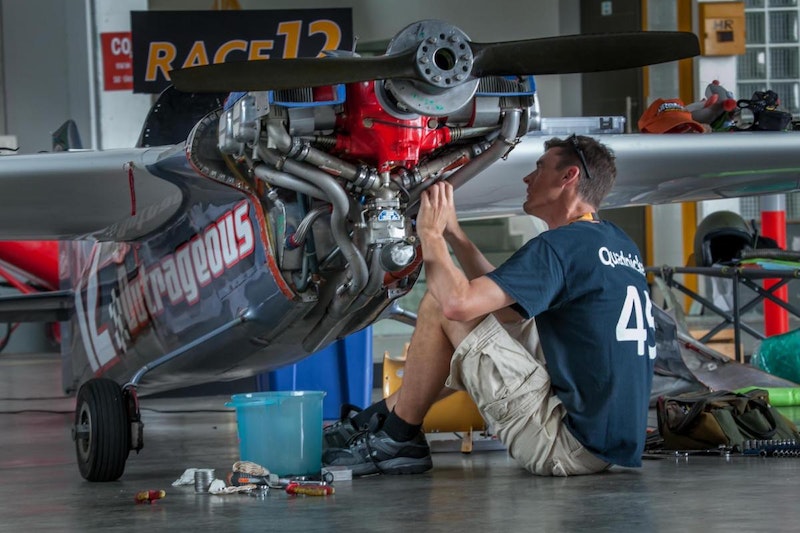 Air Race E is the only organization in the world that has already brought together all the necessary ingredients for an international electric air race, all under one umbrella. It has the developmental airplanes, a dedicated test center where the race planes are being engineered, and the qualified test pilots and certified race pilots ready to go. For more information see the IDTechEx report on Manned Electric Aircraft 2018-2028.
Air Race E is officially one year old. From work beginning on the first electric airplane with the University of Nottingham to the announcement of a huge global partnership with Airbus, things have gone from a few notes on a piece of paper to a brand-new sport being created. The first electric airplane race in history is only months away.
Jeff Zaltman, CEO of Air Race Events, said; "It has been an amazing 12 months for all the team at Air Race E and we are working like crazy in the background to make the world's first all-electric airplane race a fantastic spectacle. The project has gained support from across the globe and the huge partners that have come on board in the last year serve to highlight the significance of the electric aviation industry and its development for the future."
The Story So Far
Air Race E have spent the last year making the amazing vision of electric aviation in motorsport racing a reality: the airplanes, the race pilots, the engineers, the sports associations, a test centre in Europe and the racing heritage all coming together.
Development of the first prototype electric race airplane then took a major leap forward in November last year as an innovative partnership was announced between the University of Nottingham and Air Race E. A new integrated 'plug and play' electric motor, battery and power electronics system is being designed and retrofitted into an existing petrol-powered Air Race 1 plane in workshops at the University. The prototype race airplane will help shape the model and rules for Air Race E, ahead of the inaugural race in 2020.
"Air Race E is set on making the electric aviation industry move faster and we are very excited to be working alongside them to make it happen." said Richard Glassock, Research Fellow, University of Nottingham.
In November last year the revolutionary Air Race E plans received backing from the Light Aircraft Association (LAA). The LAA, which supports and inspects the operation of over 2,600 light aircraft in the UK, committed their support in developing the technical regulations for the sport of electric airplane racing, which will be sanctioned by the Formula Air Racing Association (FARA) and its counter-part in France, APAF.
"Electric-powered aviation is going to become ever-more important in the future and many innovations that we will see years from now will trace their roots back to the Air Race E platform." said Steve Slater, CEO of the LAA.
February marked a huge stride forward with Airbus announced as the Official Founding Partner of Air Race E. Helping to drive the development and adoption of cleaner, faster, and more technologically advanced electric engines that can be applied to urban air mobility vehicles and, eventually, commercial aircraft.
"We want to motivate manufacturers to showcase their technologies across the full spectrum of electric propulsion systems and components. This partnership enables us to demonstrate our commitment to staying at the leading edge of electric propulsion and developing a new ecosystem." said Grazia Vittadini, Chief Technology Officer of Airbus.
Air Race E also helped to launch the International Light Aircraft Design competition for 2019, which is now open for entry in association with Air Race E, the Royal Aeronautical Society and the Light Aircraft Association. With the launch of the Air Race E rules this month, anyone can now start building planes for the series in preparation for 2020. The aviation industry has validated Air Race E and their ambitious project: the world's first and only all-electric airplane racing championship.
Source and top image: Air Race E