Sales of BMW brand vehicles increased 1.4 percent in April 2019 for a total of 23,816 over the 23,482 vehicles sold in April 2018. For more information see the IDTechEx report on Electric Vehicles 2018-2028.
BMW Sports Activity Vehicles continue to drive sales growth in the US, led by the BMW X3, BMW X5 and the BMW X7, which sold 2,291 units in its second full month of availability. The all-new BMW 3 Series sedan also performed particularly well, with an increase of 2.6 percent over April 2018, while the BMW 5 Series sedan remains the leader in its segment.
"We've said before that our focus for 2019 would be profitability and growth -- and we're right where we want to be," said Bernhard Kuhnt, president and CEO, BMW of North America. "Demand for the BMW X7 only continues to grow, and the new 3 Series, with its suite of new technology features and exceptional driving dynamics has drawn rave reviews from our dealers, the media and most importantly, our customers." 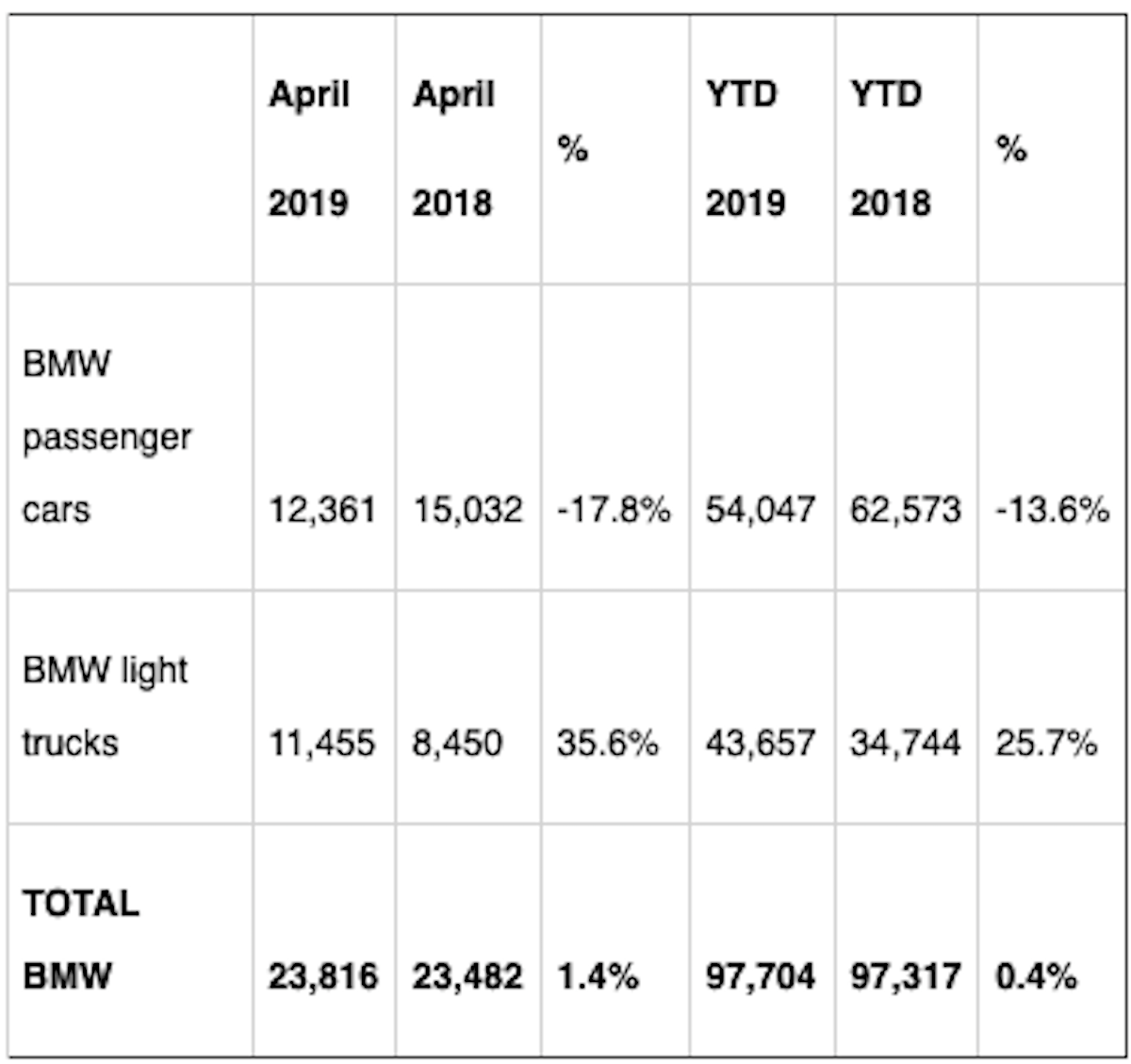 BMW Group Electrified Vehicle Sales
BMW Group sales of electric and plug-in hybrid electric vehicles decreased 52.3 percent in April 2019 vs. April 2018. Model changeover has limited the current BMW Group electrified lineup to five models including the BMW i3, BMW i8 and i8 Roadster, BMW 530e, and MINI Countryman plug-in hybrid electric vehicle. Plug-in hybrid variants of the BMW X5, the all-new BMW 3 Series and updated BMW 7 Series recently debuted at the Geneva International Motor Show. These models and a plugin-hybrid variant of the BMW X3 will begin sales in the U.S. at a future date.
MINI Brand Sales
For April, MINI USA reported 2,621 vehicles sold, a decrease of 29.8 percent from the 3,731 in the same month a year ago.
BMW Pre-Owned Vehicles
MINI Pre-Owned Vehicles 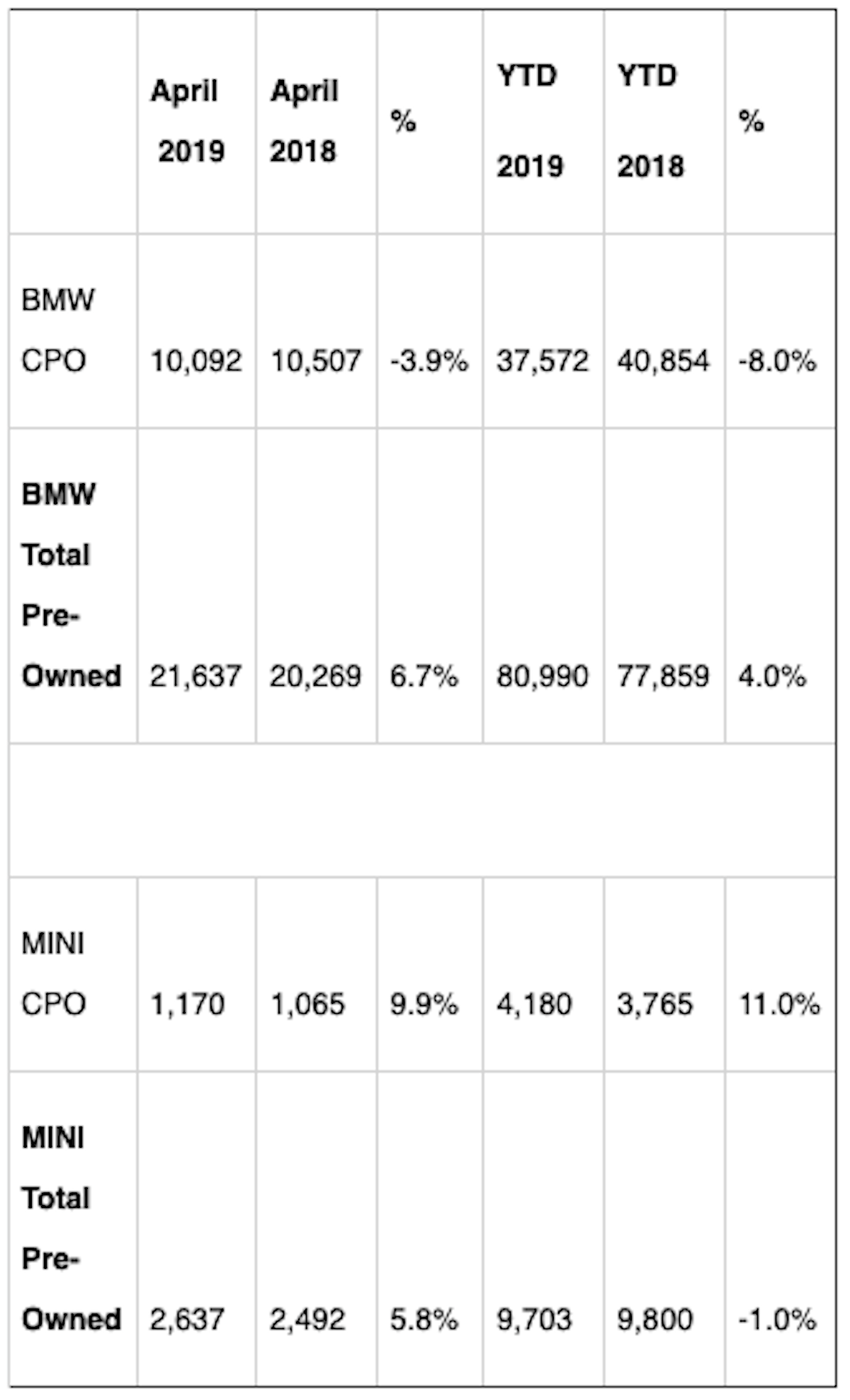