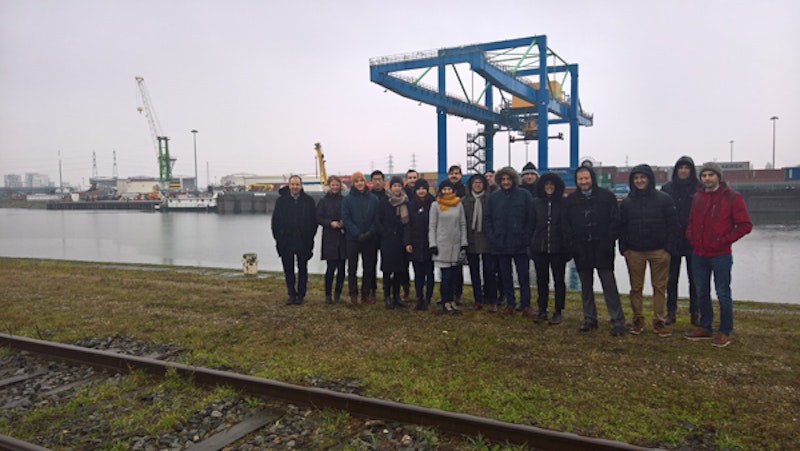 A significant source of CO2 and other pollutants, global shipping has come under the spotlight lately thanks to increased pressure to reduce greenhouse gas (GHG) emissions from various sectors. Maritime transport emits around 940 million tonnes of CO2 annually, accounting for about 2.5 % of GHG emissions, according to a study by the International Maritime Organization. With intensified efforts to clean up the sector, the market for pure electric and hybrid boats is growing. The EU-funded FLAGSHIPS project has also set its eyes on materialising zero-emission waterborne transport. For more information see the IDTechEx report on Electric and Hybrid Boats and Ships 2019-2029.
Launched at the beginning of 2019, the project focuses on the deployment of two commercially operated hydrogen fuel-cell vessels in France and Norway. In Lyon, a hydrogen push-boat will serve as a utility vessel on the river Rhône, while in Stavanger, a passenger and car ferry within the local public transport network will be powered by hydrogen. The hydrogen for both vessels will be produced on-site with electrolysers using renewable energy. Lyon will use gaseous hydrogen and Stavanger will utilise liquid hydrogen for the vessels' on-board hydrogen storage.
Power and propulsion
A press release by project partner ABB states that together with other FLAGSHIPS partners, it has been working "to develop an installation enabling a 400kW fuel cell to power vessel operations." The same press release notes that ABB's fuel-cell-based power and propulsion solution will be "for a newbuilt push boat" to be delivered in 2021. "With hydrogen for the fuel cells sourced from shore-based renewable energy, the complete vessel energy chain will be emission-free."
The project aims "to demonstrate that fuel cells are a practical and deliverable propulsion solution for owners and builders of mid-sized vessels carrying more than 100 passengers or the equivalent freight volumes inland or coastally." It will also evaluate the operational impact of using hydrogen as a fuel. "Once the fuel cell power plant has been fitted, the plan is to run the vessel daily, with special attention being paid to the refueling procedures needed to meet the operating schedule. Trials will therefore also provide insights into developing and optimizing the refueling infrastructure needed for hydrogen fuel cells in marine operations."
Liquid hydrogen
In the case of Norway, the project will consider replacing biodiesel with hydrogen on one of the ferries to be built for the Finnøy route north-east of Stavanger. This route serves several islands with short and frequent stops, making it difficult to achieve shore charging effectively. Project partner Norled plans to "apply the hydrogen technology being developed by the company in several other ongoing hydrogen-related projects, such as building the world's first ship powered by liquid hydrogen for the Hjelmeland connection in Western Norway."
The consortium of FLAGSHIPS (Clean waterborne transport in Europe) consists of 10 European partners, including shipowners and maritime and design companies, as well as providers of fuel-cell technology. It will run until the end of 2022.
Source: CORDIS
Top image: FLAGSHIPS
Learn more at the next leading event on the topic: Electric Vehicle Materials Europe 2020