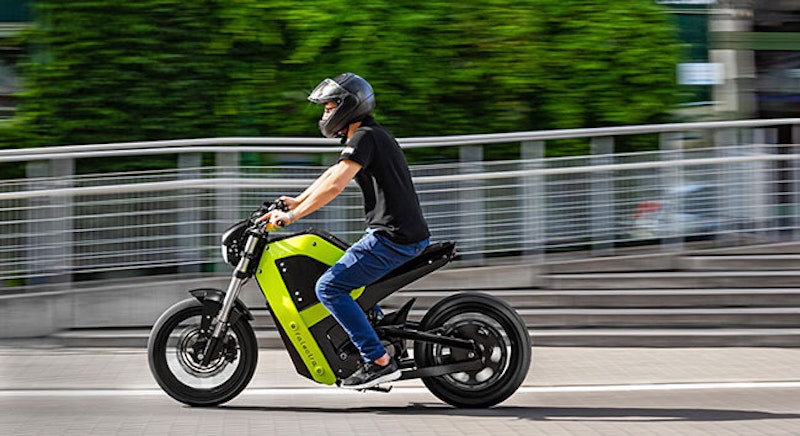 The automotive sector is constantly looking for more eco-friendly alternatives to the traditional methods of transportation due to growing concerns over climate change and global warming. The issue that is most difficult to overcome is the economics of the endeavor, however with the right combination of engineering ingenuity and additive manufacturing technologies we might find some progress in this department as well. Such progress has already been made by a Polish designer, Piotr Krzyczkowski, who decided to create a green and economical urban transportation solution in the form of an electric motorbike. For more information see the IDTechEx report on 3D Printing 2019-2029.
A number of modern technologies, including 3D printing, played a pivotal role in bringing his idea to life, which included creating a green bike prototype that would convince potential investors and obtain funding for the project. The result is Falectra, the first Polish electric motorbike brand. Its first motorbikes will become available for road-use next year.
The Genesis of the Project
The designer got the idea during a trip to Milan where two-wheelers of all kinds have been popular on Italy's narrow streets for decades. Now cities worldwide are seeking similar solutions that will reduce traffic congestion and be better for the environment by producing zero emissions and decreasing noise pollution. Falectra motorbikes not only fulfils all these criteria but they are also very affordable, covering 100 km (62 mi) for less than 0,25 USD, and can travel up to 70 km on a single charge. At the same time it can reach speeds of up to 60 km/h (32 mi/h), which is more than enough for urban settings. For more information see the IDTechEx report on Electric Two Wheelers 2019-2029. 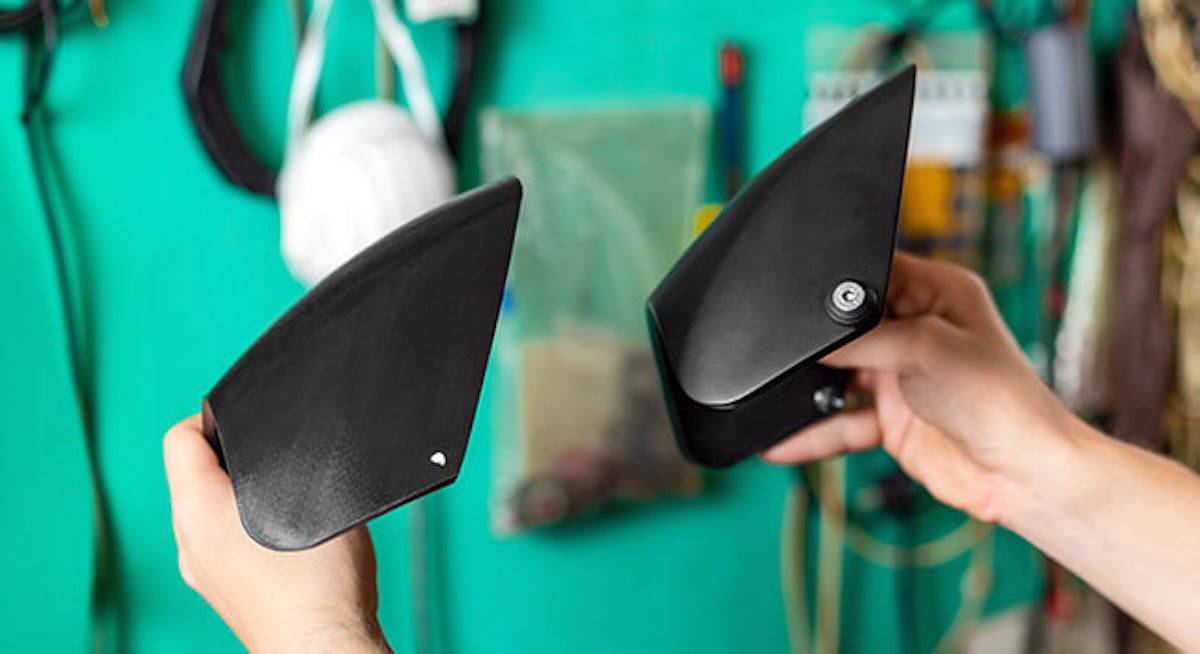 The motorbike has been developed in two stages. The first involved developing the final version and patenting it. The necessary opinions and funding had to be obtained, too. This took almost two years. The second stage involved creating a fully functioning prototype. Having a physical and tangible model of a project is very important for start-ups in the e-mobility sector; it helps them add a great amount of credibility to futuristic projects in the eyes of investors.
"A 'virtual project' is no longer enough for partners and investors. We had to show a fully functioning prototype. Yet simply creating the laminate panels that form the vehicle's bodywork would have cost PLN 150,000-200,000 (39,000 - 52,000 USD) - way beyond our budget. That's when we started thinking about 3D printing. Through our cooperation with Zortrax, the parts needed to assemble the prototype were created on their printers. The whole process cost almost seven times less and we were able to show the world a functioning motorcycle," says Piotr Krzyczkowski, Falectra's owner.
When Ingenuity and New Technology Collide
To produce parts for the Falectra bike, Zortrax used two 3D printers, the M200 Plus and M300 Plus. They work in the LPD technology which is designed to be applied in automotive R&D and prototyping. In total around 10 objects were made with the help of these systems for the development of the vehicle, including the front gate, rear fender, side covers, air inlet for charging the battery and a mounting part of the front lamp.
Designing a vehicle using a computer program is relatively simple, which has led to a wave of new designers and visionaries offering innovative solutions. However, most of them only work "on paper". With a prototype, companies can better evaluate the potential for mass production, which is key when planning a budget and determining a product's price for the end user. In Falectra's case, creating a fully functioning prototype took just half a year. This was made possible by Zortrax, which printed the necessary parts on its 3D printers.
"We knew that the print's durability was the priority, so that the motorbike created by Piotr would be fully-functional and ready to use. We chose the Z-ULTRAT material, which can endure heavy loads, and used the M200 Plus and M300 Plus printers. This enabled us to create parts that fully reflect the appearance and functionality of these motorbikes, which will soon be mass-produced," adds Miłosz Bertman, Lead 3D Designer at Zortrax.
The production of a physical prototype also allowed Krzyczkowski the opportunity to analyze the bike's potential for mass production and to come up with a budget to estimate the final e-bike's cost. Using modern parts and technology resulted in a light construction and a prototype that can be improved on an ongoing basis. Locating the battery as low as possible results in a stable motorbike that is easy to ride. A practical storage box is mounted where the tank would have been. All these efficiency changes and rapid prototyping enabled Falectra to introduce the first 10 motorbikes on the road for research purposes next year. Their mass production is scheduled for 2021 and the price is estimated to be around PLN 15,000 (4000 USD) for individual customers. Not a steep price to pay for a green future.
Source and images: Zortrax