Volkswagen Group to Invest €60B in Electric Mobility 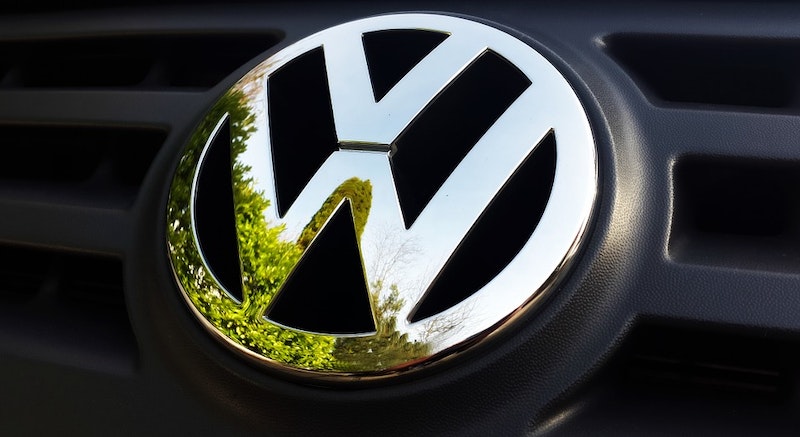 The Volkswagen Group is continuing to invest strongly in its future. As part of Planning Round 68, the investment plan for 2020 to 2024 has been drawn up. The Group plans to spend nearly EUR 60 billion on the future areas of hybridization, electric mobility and digitalization in the next five years. This amounts to slightly more than 40 percent of the company's investments in property, plant and equipment and all research and development costs during the planning period. Compared with the Group's last Planning Round, it represents an increase of around 10 percentage points. The Group intends to invest around EUR 33 billion of this figure in electric mobility alone.
"We are resolutely pressing ahead with the transformation of the Volkswagen Group and focusing our investments on the future of mobility. This is part of our systematic and consequent implementation of the Group's strategy," said Hans Dieter Pötsch, Chairman of the Supervisory Board of the Volkswagen Group. For more information see the IDTechEx report on Electric Vehicles 2020-2030.
"We will step up the pace again in the coming years with our investments. Hybridization, electrification and digitalization of our fleet are becoming an increasingly important area of focus. We intend to take advantage of economies of scale and achieve maximum synergies. In light of the worsening economic situation, we are also working on increasing our productivity, our efficiency and our cost base so as to secure meeting our targets," said Herbert Diess, Chief Executive Officer of the Volkswagen Group. 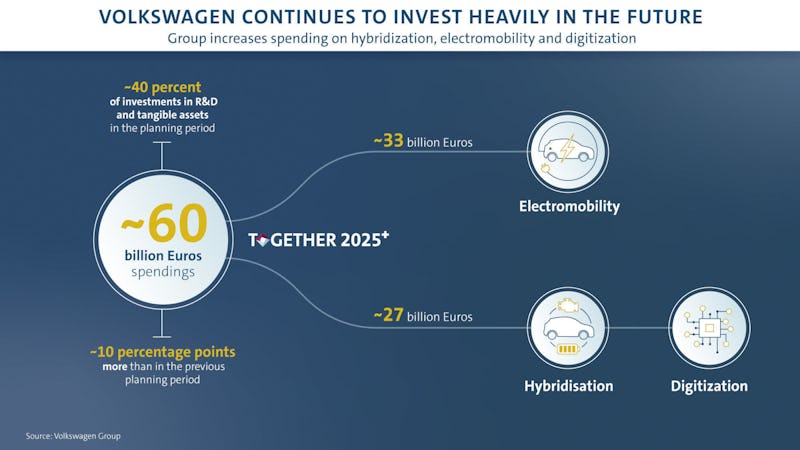 During Planning Round 68, the long-term plan for the next 10 years was also modified. Through 2029, the Group plans to introduce up to 75 all-electric models to the market along with about 60 hybrid vehicles. The number of projected e-vehicles will rise to about 26 million, largely due to the addition of a year to the planning period to include 2029. Volkswagen is also planning to sell nearly 6 million hybrid vehicles by 2029.
About 20 million of the e-vehicles planned through 2029 will be based on the Group's Modular Electric Drive Matrix (MEB). Most of the remaining 6 million vehicles will be based on the High Performance Platform (PPE). E-vehicles are scheduled to be made outside Germany by the company's plants in Mlada Boleslav, Chattanooga, Foshan and Anting. Others will be produced by German plants in Zwickau, Emden, Hannover, Zuffenhausen and Dresden. Plans for the Emden site were confirmed, according to which production of the electric A-SUV (ID.Next)02 should start in 2022. A camouflaged version of the ID.Next was already presented at this year's Internationale Automobil-Ausstellung (IAA). A decision about a planned multi-brand plant is scheduled to be made by the end of the year.
The Chinese joint ventures are not included in the consolidated group and are therefore excluded from the above-mentioned planning. These joint ventures finance investments in plants and products from their own resources.
Source: Volkswagen Group
Top image: Pixabay
Learn more at the next leading event on the topic: Electric Vehicle Materials Europe 2020