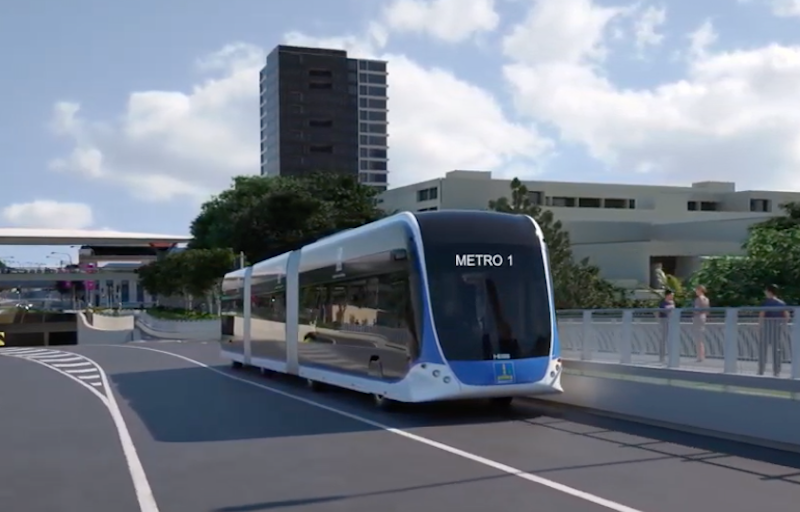 As part of Brisbane Metro, Brisbane City Council will introduce a new fleet of 60 high-capacity Metro vehicles. The Metro vehicles will integrate seamlessly into busway operations and share the busway with existing bus services, as part of a better planned network. For more information see the IDTechEx report on Electric School Buses and Midi Buses 2019-2039.
Following an extensive tender process, Council is recommending world-leading vehicle manufacturer HESS, in partnership with Brisbane-based supplier Volgren, and electric infrastructure experts ABB, to design and build the Brisbane Metro vehicle fleet.
HESS and its project partners will deliver a zero tailpipe emission, battery electric fleet of vehicles with state of-the-art, flash charging infrastructure. The buses will be recharged in less than six minutes.
Key features
The Metro vehicles will be an Australian-first, using tried and tested European technology that will help future-proof Brisbane's public transport network. Each vehicle will be 24.4 metres in length and 2.55 metres wide, with the capacity to carry 150 passengers in comfort and 180 passengers in event mode.
Other key features of the Metro vehicle include:
The Metro vehicle will also offer close-to-silent operation and provide a smooth, comfortable journey for passengers.
Next steps
Initially HESS and its partners will design and build a pilot Metro vehicle, which will be extensively tested in Brisbane. The Brisbane Metro pilot vehicle is expected to be ready for testing in 2020.
Following the successful trial of the pilot vehicle, Council will have the option to purchase 59 additional Metro vehicles, with services expected to commence in late 2023, subject to approvals.
Source and top image: Brisbane City Council