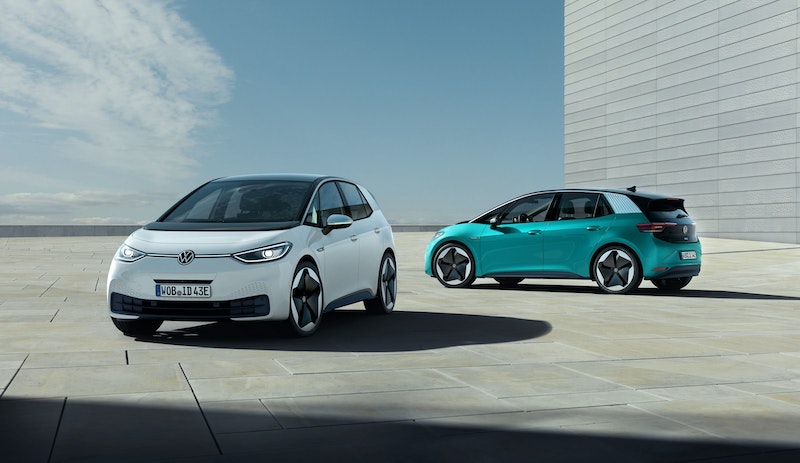 Volkswagen's electric offensive has picked up speed as planned. With the world premiere of the new all-electric ID.3 in September and the start of production at the Zwickau electric vehicle plant in November, the Volkswagen brand has already reached major milestones. 2020 will be dominated by the market introduction of the ID. family. The first ID.3 cars will appear on Europe's roads in the summer. Over the next few years, Volkswagen intends to become the world market leader in e-mobility and is investing €33 billion in these efforts throughout the group by 2024, including €11 billion in the Volkswagen brand. Under the latest plans, the strategic target of one million electric cars is expected to be reached end of 2023, two years earlier than previously predicted. The Volkswagen brand expects 1.5 million electric cars to be produced in 2025. For more information see the IDTechEx report on Electric Vehicles 2020-2030.
"2020 will be a key year for the transformation of Volkswagen. With the market launch of the ID.3 and other attractive models in the ID. family, our electric offensive will also become visible on the roads," says Thomas Ulbrich, Member of the Volkswagen brand Board of Management responsible for E-Mobility. "Our new overall plan for 1.5 electric cars in 2025 shows that people want climate-friendly individual mobility - and we are making it affordable for millions of people."
World premiere and production start of the ID.3
With the world premiere of the ID.3 at the IAA 2019 International Motor Show in September, Volkswagen presented the first model in an entirely new generation of all-electric vehicles. The ID.3 is based on Volkswagen's Modular Electric Drive Toolkit (MEB) and offers ranges from 330 to 550 kilometers (WLTP). The basic version of the model will cost less than €30,000. For the first time, Volkswagen also offered pre-booking for the ID.3. To date, over 37,000 customers have reserved an ID.3 and paid a pre-booking deposit.
Production of the ID.3 started in November in the presence of Federal Chancellor Angela Merkel. The vehicle is being produced at the Zwickau plant, which has been fully converted for this purpose. From 2021, up to 330,000 EVs will leave the assembly line each year, making Zwickau the largest and most efficient EV factory in Europe. Internationally, preparations for the production start of the ID. family are well underway in China and the USA. Pre-production of the ID. family has already started at the Anting plant in China.
Volkswagen moves into business areas related to e-mobility
In connection with its electric offensive, Volkswagen has also moved into a number of strategic business areas. With its newly established subsidiary Elli, Volkswagen is forging ahead with the development of charging infrastructure. Elli already has more than 10,000 power customers. Together with its dealers, Volkswagen is also installing its own charging stations. By 2025, a total of 36,000 charging stations are to be developed throughout Europe at dealerships and plants.
The opening up of the Modular Electric Drive Toolkit (MEB) to other manufacturers is also a trailblazing approach. Ford will be one of the first automakers to use the MEB. From 2023, the company is to offer an MEB vehicle in Europe and expects to sell more than 600,000 cars within six years.
Volkswagen has also laid foundations for the development, testing and production of battery cells. A battery cell factory with a capacity of 16 gigawatt-hours is to be developed in Salzgitter from 2020. The start of production is planned for the end of 2023/beginning of 2024. For this purpose, Volkswagen has entered into a joint venture with the Swedish battery manufacturer Northvolt.
Outlook for 2020: market launch of the ID.3
Over the coming year, Volkswagen will continue and step up its electric offensive. The ID.3 will appear on the market from summer 2020. Other members will also be added to the ID. family. The first all-electric SUV - the series production model of the ID. CROZZ02 - will celebrate its world premiere in the course of the year and production of this vehicle at the Zwickau electric car plant is expected to start in 2020, too. In Anting, China, the second Volkswagen plant worldwide will start production of electric cars based on the MEB.
Source and top image: Volkswagen