Hyundai to Operate 44 Electric Vehicles by 2025 Including 11 BEVs 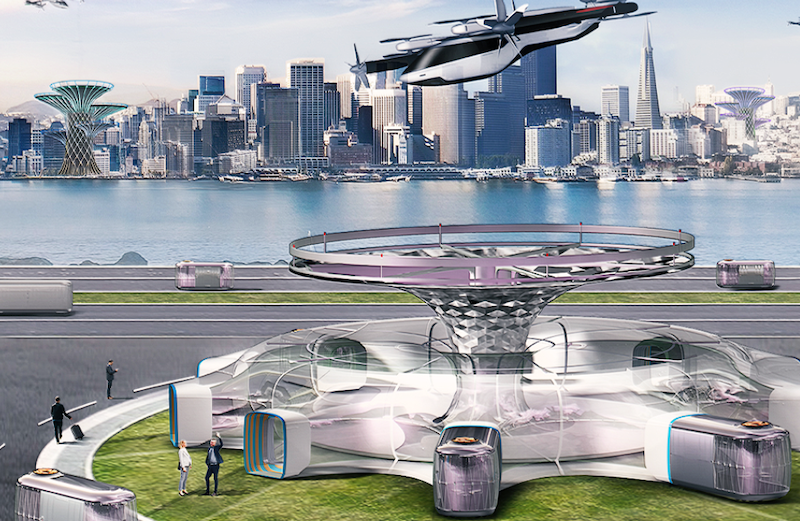 Hyundai Motor Group held its 2020 New Year ceremony at its headquarters in Seoul, outlining its innovation priorities and strategic direction.
In the 2019 New Year's address, Euisun Chung, Executive Vice Chairman of Hyundai Motor Group highlighted the Group's key objective as "taking a leap as a game changer capable of setting the rules of the market." In particular, Chung expounded the Group's objectives for this year and beyond as achieving innovations in technology, business, corporate culture and customer prioritization. For more information see the IDTechEx report on Electric Vehicles 2020-2030.
He shed light on the Group's commitment to continuing its leadership in future industries such as electrification, autonomous driving and mobility services, as well as its efforts to enhance the quality of its business operations in all sectors. Also included in the 2020 New Year's message was the plan to actively pursue new technologies and projects that can provide human-centered smart mobility solutions in a wide range of areas, including robotics, Urban Air Mobility (UAM) based on the use Personal Air Vehicles (PAV) and smart city solutions, all of which would progress alongside automobile-based innovations.
"To consolidate our leadership in vehicle electrification, we plan to operate 44 electrified models by 2025, including 11 dedicated BEV models, by bolstering the development of EV platforms and core components," he explained. The Group's electrified lineup, which comprised 24 models in 2019, will be expanded to 44 models by 2025, including 13 hybrids, six plug-in hybrids, 23 battery electric vehicles and two fuel- cell electric vehicles. In particular, the BEV lineup will increase to 23 models by 2025 from last year's nine models, with the first dedicated BEV model to be launched in 2021. A new EV architecture development system will be introduced and applied to models slated for launch in 2024.
This year, the Group will further bolster the sales of electrified models, adding hybrid and plug-in hybrid variants to its best-selling SUV models, including Kia Sorento, Hyundai Tucson and Hyundai Santa Fe.
"In particular, in our fuel-cell electric vehicle business, we will hit our stride by providing fuel-cell systems to customers not only in the automotive industry but also in other sectors," he pointed out. "Furthermore, we will add momentum to expanding the hydrogen ecosystem and its infrastructure by cooperating with partners around the world."
In 2019, the Group signed an agreement with Cummins Inc., a global leader in the engine and generator fields, to jointly develop and commercialize electric and fuel-cell powertrains combining Hyundai's fuel-cell system and Cummins' electric powertrain, battery and control technologies. The Group will start exporting its fuel-cell systems to Cummins and enter the U.S. market this year, followed by the European market.
In the future, the Group plans to supply fuel-cell systems to the transport sector -- covering vehicles, vessels, railcars and forklifts -- and power-generation sector -- covering electricity production and storage -- thereby delivering some 200,000 fuel-cell systems per year around the world by 2030. The Group will simultaneously establish a 500,000 units-per-year capacity for FCEV production in Korea. The Group will strengthen its cooperation with partners in Korea such as Hydrogen Energy Network (HyNet), as well as partners overseas including Saudi Aramco, to expand the supply of hydrogen and charging stations. In addition, the Group will broaden its strategic collaboration with related enterprises around the world to set up hydrogen infrastructures.
"In the autonomous driving industry which is the core of future vehicles development, we will attain the world's top safety and technological innovation competitiveness through our U.S.-based venture to be jointly established with Aptiv, targeting the commercialization of the technology in 2023," said Chung. The Group aims to accelerate the development of the autonomous driving software technology and commercialize self-driving vehicles with SAE Level 4 and Level 5 technology in the near future to lead the industry. After developing an autonomous driving platform by 2022, the Group will operate autonomous vehicles in select regions in 2023, and lead to commercial productions by the second half of 2024.
"In the rapidly expanding mobility services industry, including ride-sharing and hailing, we will establish overseas corporations in major regions such as the U.S., Europe and Asia, begin business operations in full swing this year, and expand them gradually," he said .
Hyundai Motor Group will kick-start its car-sharing business in full swing in Los Angeles this year through its mobility service company MoceanLab, which was established in LA last year. The car-sharing service allows people to freely rent and return cars in the city of LA. In major regions of Russia, the Group this year will expand the lineup of offered vehicles for its vehicle subscription service first unveiled in Moscow last year. The Group will expand collaboration with mobility platform companies it has strategically invested in, such as Grab and Ola. In India, it will launch new mobility services in collaboration with Ola, and in Southeast Asia, offer EV car hailing services by expanding the supply to the region's largest car-hailing firm, Grab. The Group supplied 200 units of Hyundai Kona Electric SUVs to Grab last year for its car-hailing service in Singapore, and will expand the coverage to major Southeast Asian countries such as Indonesia this year.
The EVC also said the Group will develop new technologies and businesses such as robotics, UAM based on PAVs and smart city development alongside automobile-based innovations. Hyundai Motor Company recently revealed images of its future mobility solutions via connection of the PAV, Purpose Built Vehicle (PBV) and Hub, the last of which is a take-off and landing platform for PAVs and point of arrival and departure for PBVs, as well as a site for communal activities. For more information see the IDTechEx report on New Robotics and Drones 2018-2038: Technologies, Forecasts, Players.
The total planned group-wide investments for the future growth over the next five years is KRW100 trillion (approximately USD 87 billion), with the annual investment amounting to KRW20 trillion, a figure significantly expanded from the current level.
Source and top image: Hyundai Motor Group

Webinar - Autonomous Driving: Peak Car to Arrive as Early as 2031?
Electric Cars, Robots Could Recharge Wirelessly as They Go
Boeing Rolls out First Loyal Wingman Unamnned Aircraft
In East Africa, a Race to Outsmart Locusts with Drones and Data