Norway Best Country in Europe for an EV Road Trip 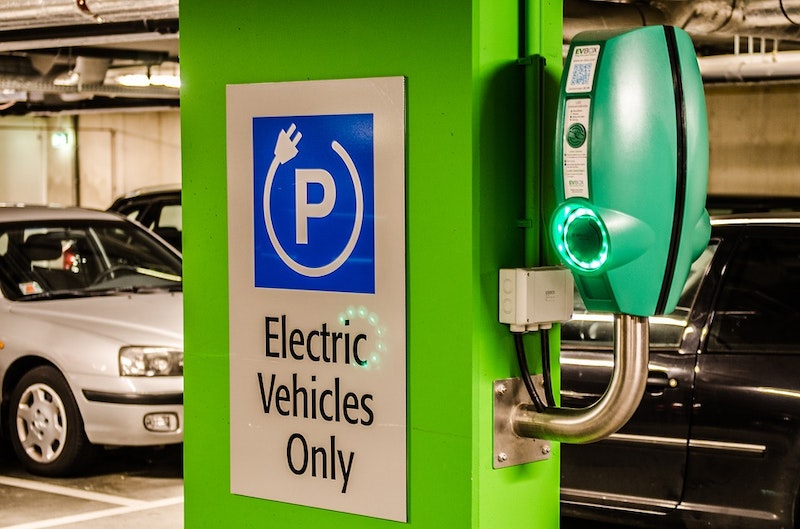 New research by carwow has revealed the best places in Europe for an electric vehicle (EV) road trip with Norway taking the top spot and the UK ranked 6th out of 27 countries.
With searches for flight-free holidays up by nearly 50% at the start of 2020, and carwow reporting its electric car sales are up 150% compared to January 2018, the index was created to see how the UK compares to its European neighbours for the best conditions for an EV road trip. For more information see the IDTechEx report on Electric Vehicle Charging Infrastructure 2019-2029: Forecast, Technologies and Players.
Top 10 Best Countries in Europe for an EV Road Trip:
Norway - 10.6
Netherlands - 9.5
Switzerland - 5.5
Belgium - 5.5
Denmark - 4.4
United Kingdom - 4.3
Croatia - 4.1
Austria - 3.9
Germany - 3.9
Slovenia - 3.8
The ranking was devised by creating an index that scored European countries on the ease of using an EV vehicle (their EV Factor), and the attractiveness of the country (their Tourism Factor) which was then used to give an overall score out of 20. Only EU countries that can be reached from the UK without flying were included in the study.
EV Factor ranked countries based on the number of EV vehicle users per person, the number of fast and public EV charging points per KM of highway, country area size and population. These scores where then cross-referenced with Tourism Factor, which accounted for the number of national parks, UNESCO world heritage sites, and popularity among tourists.
Whilst the Netherlands has comfortably the highest number of chargers (50,289) it fares less well when looking at the number of fast chargers. Germany (5,074) and the UK (4,008) are top of that respective list but couldn't score as highly as Norway for fast charger density. No other European nation can compete with Norway's incredible 655 fast chargers per 100km highway. Coupled with their stunning landscapes of coastal fjords, icy glaciers and snow-peaked mountains, Norway takes the top spot from the Netherlands, with the UK down in 6th place.
The UK ranked 8th for its EV Factor due to its rising number of electric vehicles and charging points, and 4th for Tourism Factor, due to the high number of national parks making it a particularly picturesque nation to drive in.
Mat Watson at carwow said: "With climate change constantly on the news agenda, everyone is looking at ways to play their part and go a bit greener, and the way you travel is a major way to do your bit. Whilst the UK fares well as a contender for an EV friendly driving holiday, you can access a huge amount of Europe without stepping onto a plane. The good news is the charging network is getting better and better every day, and some European countries are already leagues ahead, so if you're driving electric you can fully relax. With a bit of planning the journey can actually be part of the holiday, bringing a new definition to taking the scenic route. Our suggested routes are the perfect resource for anyone embarking on a low-carbon EV adventure, and we're looking forward to seeing EU countries become more and more accessible as the EV market continues to grow."
To see the full ranking of all 27 European countries and maps of recommended road trips in the top three countries in the list as well as the UK, visit: https://www.carwow.co.uk/blog/best-driving-roads-for-electric-cars
For all media enquiries, please contact prteam@propellernet.co.uk / 01273 760950
Methodology
Carwow created an index that scored European countries based on their EV Factor, which was then cross-referenced with their Tourism Factor, in order to establish the most scenic and convenient EV road trip.
The EV Factor included 4 components:
EV ownership levels
Density of fast chargers (by area and population)
Density of all chargers (by area and population)
Highway network
The Tourism Factor included 3 components:
Density of UNESCO world heritage sites
Popularity with tourists
Coverage of national parks
N.B. Cyprus, Malta and Iceland were excluded from the list as these nations can only be reached by flight.
About carwow
carwow launched in 2009 with the purpose of simplifying the process of buying a new car and is now the leading marketplace for buying new and nearly new cars, operating in the UK, Germany and Spain. £5B+ worth of cars have been bought via carwow and the company has secured a total of £55m from leading VCs , including the recent Series D round led by Daimler . Headquartered in Victoria, London the brand is also live in Germany and Spain and currently employs 230+ staff in Europe.
Stephen Baker
Talk: +44 (0)1273 760988
stephen@propellernet.co.uk
on behalf of carwow
Source: Propellernet
Top image: Pixabay