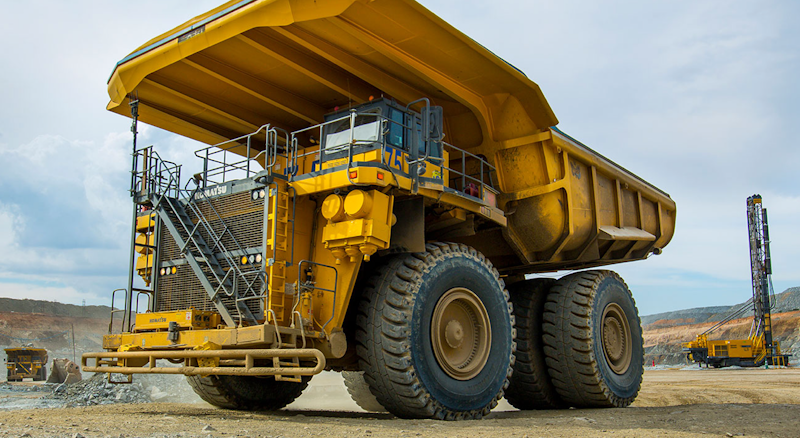 Global mining company, Anglo American, has engaged Williams Advanced Engineering to develop its new Fuel Cell Electric Vehicle: an ultra-class electrically powered mining haul truck, which is set to be the world's largest hydrogen powered mine truck.
As part of its FutureSmart Mining programme, which applies innovative thinking and technological advances to address mining's major sustainability challenges, Anglo American has committed to reducing its global greenhouse gas emissions by 30 per cent by 2030. Putting electrified vehicles into mines - from large haul trucks to passenger vehicles and employee buses - will help Anglo American reach these ambitious decarbonisation targets, set out in the Sustainable Mining Plan. For more information see the IDTechEx report on Electric Vehicles and Robotics in Mining 2020-2030.
Set to revolutionise mining machinery, the Fuel Cell Electric Vehicle haul truck will be powered by a hydrogen Fuel Cell Module paired with a Williams Advanced Engineering scalable high-power modular lithium-ion battery system. This remarkable arrangement, which replaces the existing vehicle's diesel engine, is controlled by a high voltage power distribution unit delivering in excess of 1,000 kWh of energy storage.
Offering significant peak power capability, it will also deliver the robustness seen in industrial diesel engines for harsh environments. The power units will be designed and built at Williams Advanced Engineering, in Grove, Oxfordshire, and integrated into an existing mining haul truck, with testing taking place later this year at the Mogalakwena platinum group metals mining operation in South Africa, Anglo American's flagship PGMs mine.
Through regenerative braking, the battery system will be capable of recovering energy as the haul truck travels downhill. For the project, Williams Advanced Engineering has drawn on its extensive experience as the sole battery supplier to the FIA Formula E global motorsport series for the first four seasons. Williams Advanced Engineering is also the sole battery supplier to the new FIA Extreme E racing programme, which begins in 2021
In line with Anglo American's commitment to sustainable mining, studies will take place after the initial trials to understand how these power units can be used to provide energy storage in second life applications.
Craig Wilson, MD of Williams Advanced Engineering, commented: "We are delighted to be involved in this innovative and exciting project which showcases the scalability of battery technology from automotive and motorsport to "heavy duty" industrial applications. Operating within a harsh environment is something we are familiar with as sole battery supplier for the Extreme E programme and we remain committed to supporting long-term sustainability projects."
Julian Soles, Head of Technology Development for Anglo American, added: "We have a longstanding commitment as a leader in responsible mining, with numerous examples of our progressive business decisions across many decades and we look forward to working with Williams Advanced Engineering to deliver this important step-change technology, a true world first for a vehicle of this size and load capacity. With their extensive industry experience, we believe Williams can help us to deliver this ground-breaking project, which is part of our plan to create a smart energy mix that moves us closer towards our carbon and energy targets for 2030 and, ultimately, our vision of operating a carbon-neutral mine."
Source and top image: Williams Advanced Engineering