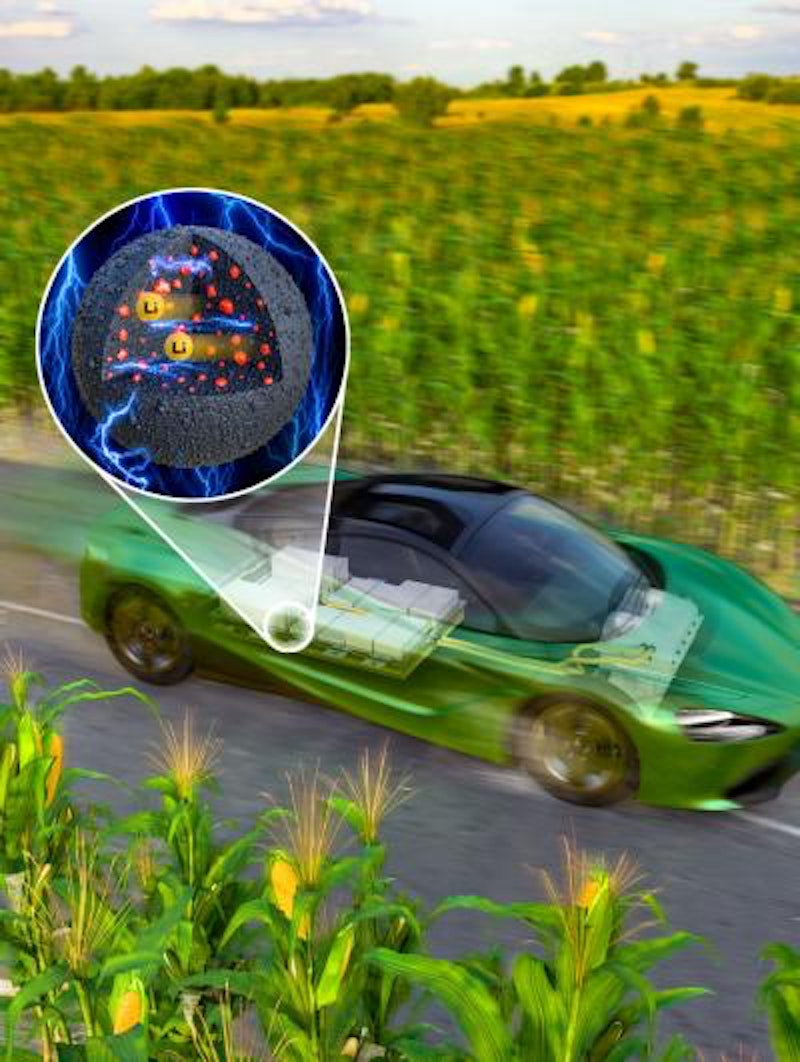 Dr. Hun-Gi Jung and his research team at the Center for Energy Storage Research of the Korea Institute of Science and Technology (KIST, President Lee Byung Gwon) have announced the development of silicon anode materials that can increase battery capacity four-fold in comparison to graphite anode materials and enable rapid charging to more than 80% capacity in only five minutes. When applied to batteries for electric vehicles, the new materials are expected to more than double their driving range. For more information see the IDTechEx report on Lithium-Ion Batteries for Electric Vehicles 2020-2030.
The batteries currently installed in mass-produced electric vehicles use graphite anode materials, but their low capacity contributes to electric vehicles' having a shorter driving range than vehicles with internal combustion engines. Consequently, silicon, with an energy storage capacity 10-times greater than graphite, has drawn attention as a next-generation anode material for the development of long-range electric vehicles. However, silicon materials have not yet been commercialized because their volume expands rapidly and storage capacity decreases significantly during charge and discharge cycles, which limits commercialization. A number of methods have been suggested for enhancing the stability of silicon as an anode material, but the cost and complexity of these methods have prevented silicon from replacing graphite.
To enhance the stability of silicon, Dr. Jung and his team focused on using materials that are common in our everyday lives, such as water, oil, and starch. They dissolved starch and silicon in water and oil, respectively, and then mixed and heated them in order to produce carbon-silicon composites. A simple thermal process used for frying food was employed to firmly fix the carbon and silicon, preventing the silicon anode materials from expanding during charge and discharge cycles.
The composite materials developed by the research team demonstrated a capacity four-times greater than that of graphite anode materials (360mAh/g - 1,530mAh/g) and stable capacity retention over 500 cycles. It was also found that the materials enable batteries to charge to more than 80% capacity in only five minutes. Carbon spheres prevent the usual volume expansion of silicon, thereby enhancing the stability of silicon materials. Also, the use of highly conductive carbon and the rearrangement of the silicon structure resulted in a high output.
"We were able to develop carbon-silicon composite materials using common, everyday materials and simple mixing and thermal processes with no reactors," said Dr. Jung, the lead researcher of the KIST team. He continued, "The simple processes we adopted and the composites with excellent properties that we developed are highly likely to be commercialized and mass-produced. The composites could be applied to lithium-ion batteries for electric vehicles and energy storage systems (ESSs)."
This major KIST research project was conducted with the support of the Ministry of Science and ICT (Minister Choi Kiyoung) and was also a climate change response development project. The research results were published in the most recent issue of Nano Letters.
Source and top image: KIST