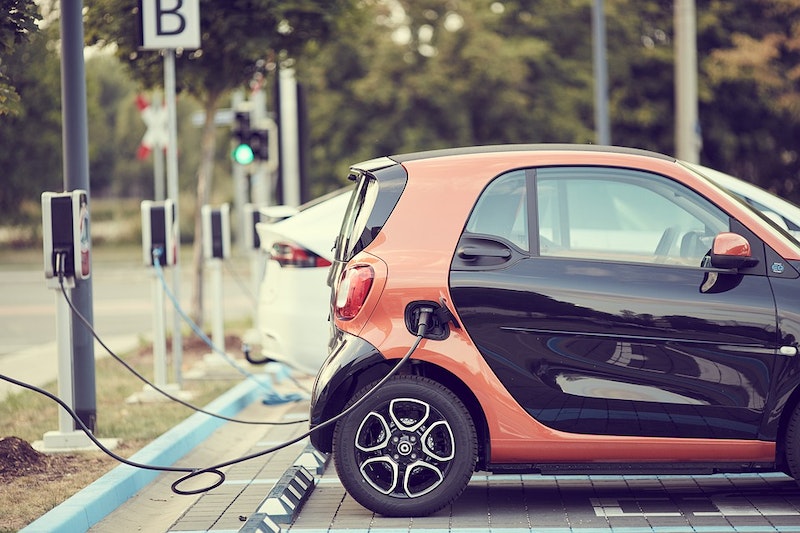 From now until 5th April 2021, businesses choosing electric company cars under £40,000 will not pay any benefit-in-kind (BiK) tax, and just one per cent in 2021/22, in a bid to accelerate mainstream electrification.
Compared to the high BiK rates for conventional, polluting cars, which can be as high as 37 per cent, this measure is designed to incentivise drivers to switch to electric and low-emission vehicles, helping the UK achieve its Road to Zero targets. For further information see the IDTechEx report on Electric Vehicles 2020-2030: 2nd Edition.
As transport is the biggest contributor to the climate crisis in the UK, electric vehicles are critical in the drive to make large carbon savings and swap out fossil fuel alternatives. British manufacturers will see the demand for electric vehicles - and the hugely valuable lithium-ion batteries that power them - surge, and are calling on the government to stimulate this expanding market.
Kevin Brundish, CEO of electric vehicle battery manufacturer AMTE Power observes that although the tax break will have a direct correlation in meeting climate change goals, to sustain this progress, the manufacturing sector must be supported to service the demand for lithium-ion batteries. Kevin recognises that recent unforeseen factors, such as COVID-19, have highlighted the industry's over-reliance on overseas manufacturers and the need for a self-sufficient UK manufacturing industry.
Kevin comments: "Whilst the company car tax reward will be pivotal in the fight against climate change, more government action is needed to realise the benefits, and this lies in further infrastructure investment. The UK has the knowledge and battery technology at home, but will need the equivalent of a staggering eight 15GWh gigafactories by 2040 if the country is to meet its Road to Zero targets."
Kevin continues: "The number of Battery Electric Vehicles registrations (BEVs) grew by 243.1 per cent this year compared to last, and this figure is only set to rise. In response, the UK government should continue to invest in the country's capabilities and prioritise an on-shore full-cycle supply chain, instead of relying on costly exports from large-scale manufacturers abroad."
Kevin concludes: "As the economy tries to stabilise itself after the disruption caused by the coronavirus, the creation of a more robust UK supply chain will allow manufacturers to keep pace with the expansion of this market and in turn develop more low carbon jobs of the future."
About AMTE Power
AMTE Power works with clients and partners to scale new battery cell technologies through to manufacture and supply. AMTE helps in the early stages of development and design for manufacture, and has developed advanced lithium battery cells for a range of end user markets.
AMTE Power have developed alternative chemistries, including a new range of cells aimed to provide UK EV manufacturers with security of supply chain, and alternative cell options unavailable from large scale foreign providers.
AMTE's battery production facility, AGM Batteries has a unique cell manufacturing plant in Thurso, Scotland. It is a direct replica of the large-scale cell manufacturing process, supporting prototyping and development of new technology on schedule, to provide customers with a flexible UK Cell production facility.
Source: Flame PR
Top image: Pixabay