SANYO Electric Co., Ltd. has announced that it has completed installation of two "Solar Parking Lots," incorporating solar panels and lithium-ion battery systems, and provision of 100 electric hybrid bicycles, "eneloop bike," in Setagaya, Tokyo Japan.
The "Solar Parking Lot" is a completely independent and clean system eliminating the use of fossil fuels, and the clean power generated from the solar panels installed on the roof is stored to be used to recharge the electric hybrid bicycle batteries and illuminate the parking lot lights.
SANYO has started to undertake full-fledged expansion of its energy solution business to bring about a dramatic reduction of CO2 emissions and running cost to various facilities, such as factories, schools, and stores, through offering the Smart Energy Systems (SES) which combine technologies for Energy Creation (photovoltaic system), Energy Storage (rechargeable battery), and Energy Saving (commercial equipment, etc.). The installation of "Solar Parking Lots" is a part of this initiative.
For each of the bicycle parking lots operated by the city of Setagaya at Keio Line Sakurajosui Station and Tokyu Den-en Toshi Line Sakurashinmachi Station, HIT*1 solar panels (approximate 46m2, 7.56kW) are installed on the roof to generate sufficient power to recharge the batteries of a total of 100 "eneloop bike" units and illuminate the LED parking lot lights.
"eneloop bike" is SANYO's energy recycling electric hybrid bicycle featuring a regenerative charging function that enables electricity generation and battery charging during riding. The 100 "eneloop bike" units provided at the three locations, including Odakyu Line Kyodo Station, in addition to Sakurajosui Station and Sakurashinmachi Station will be used as "community bicycles" by a wide range of people residing in and outside Setagaya.

Bicycle parking lot in Sakurashinmachi, Setagaya, where SANYO's Smart Energy System "Solar Parking Lot" is installed
(Top-right: Box containing the lithium-ion battery systems and battery chargers for "eneloop bike")
By combining "HIT solar panels" with "lithium-ion battery systems", SANYO's Solar Parking Lot enables recharging the electric hybrid bicycles without any commercial power source, even at night or on a rainy day.
The lithium-ion battery system also features AC power outlets that can be used to power external equipment during an emergency. In addition, the installed system incorporates a "DC charger." The "DC charger" enables photovoltaic energy generated and stored in DC (direct current) to be used directly and effectively without AC (alternative current) conversion.
SANYO is promoting the SES as a system that efficiently stores power generated by a low CO2-emitting power generation system, such as a photovoltaic system, and does control so that the stored power is supplied to equipment in the most efficient way. This system was developed with the aim of contributing to realizing a clean energy society by minimizing CO2 emissions and stabilizing power supply/demand.
The Solar Parking Lot installed in Setagaya is a small-scale SES that generates clean energy in the "HIT solar panels" that are capable of the world's highest-class power generation efficiency and stores it in the "lithium-ion battery systems." The "eneloop bikes" will utilize this clean energy efficiently without any waste and enhance the convenience and comfort of people's lives.
SANYO will continue to develop and offer various energy solutions that create, store and conserve clean energy and utilize it effectively.
"Solar Parking Lot" based on SANYO Electric's Smart Energy System 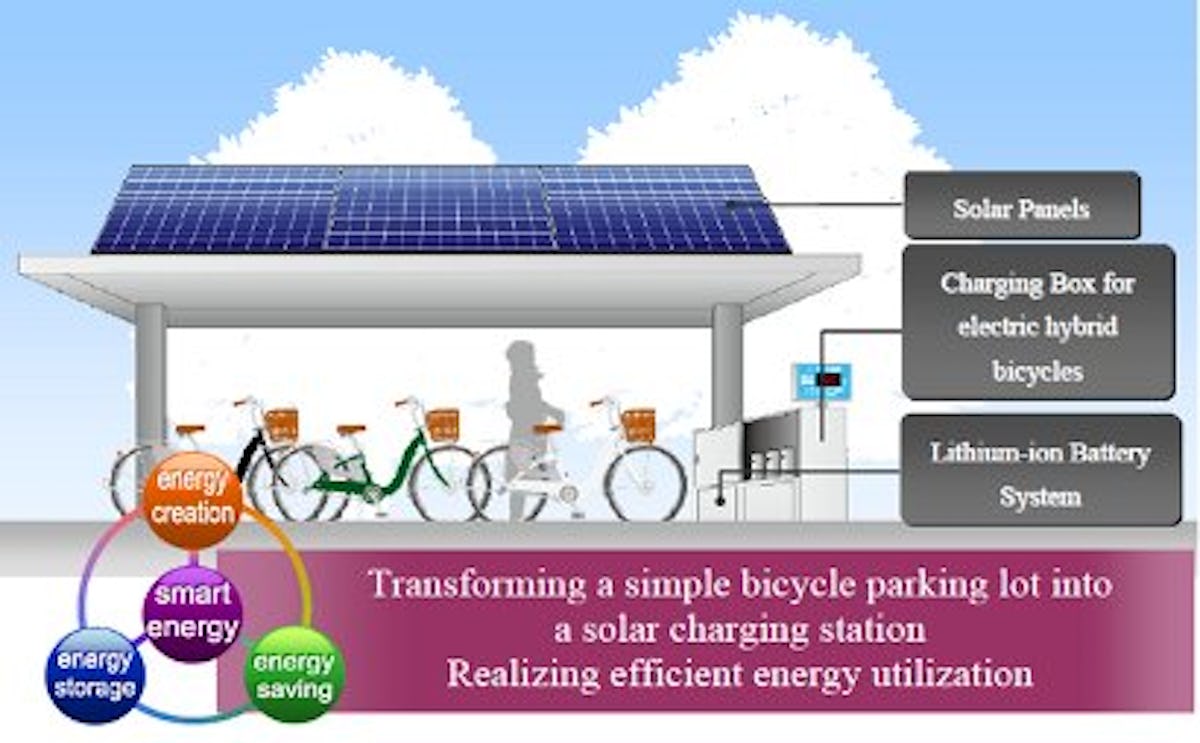 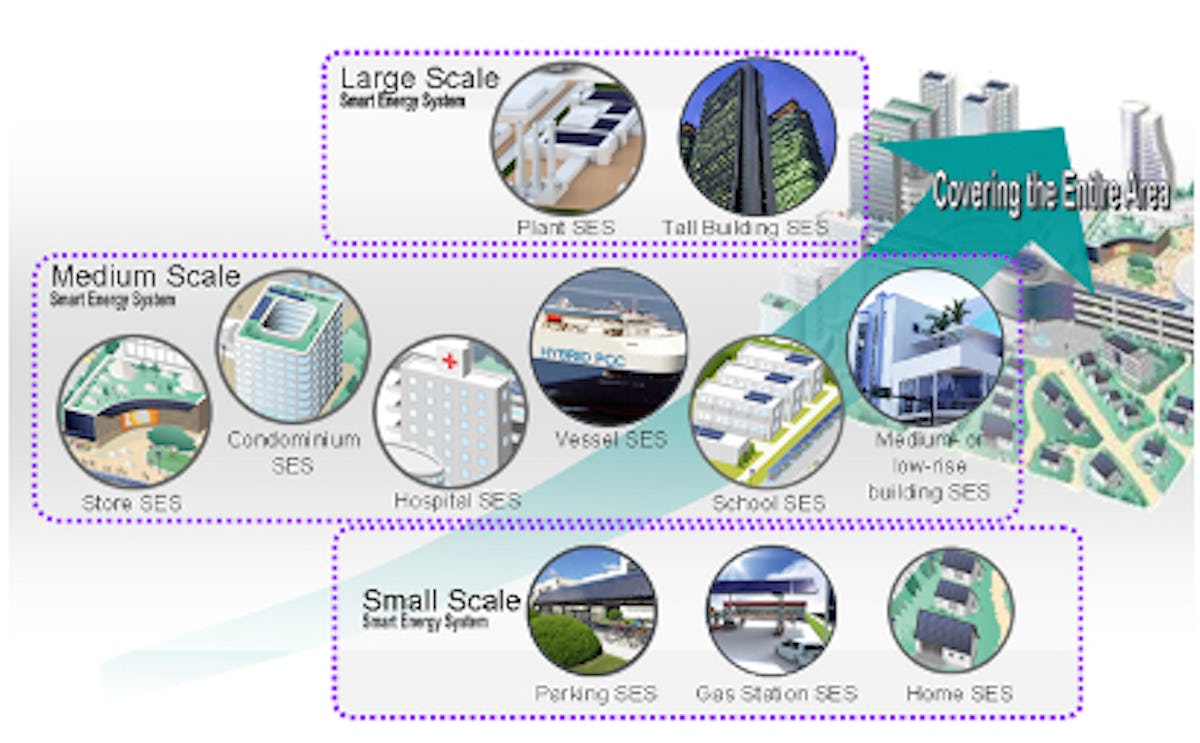 *1The Heterojunction with Intrinsic Thin-layer (HIT) solar cell is an original technology developed by SANYO, and is a hybrid model that combines a crystalline silicon substrate and an amorphous silicon thin film. It offers the world's highest-class power generation level per installation area , based on superior high energy conversion efficiency and temperature characteristics.