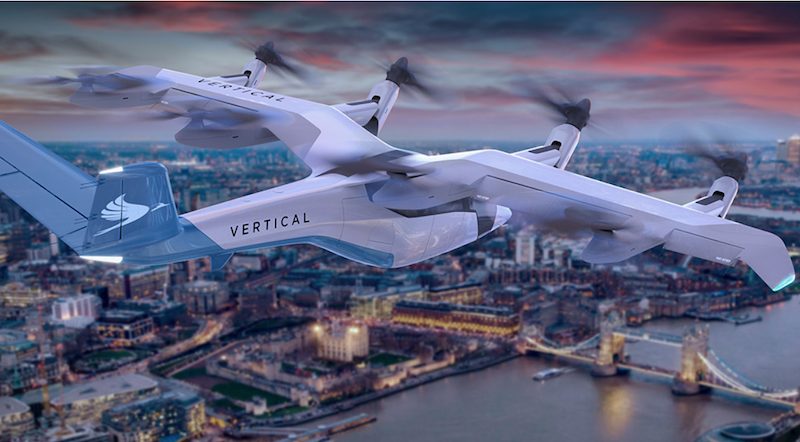 Vertical Aerospace has revealed the VA-1X flying taxi designed to be a high performing aircraft able to connect entire regions as well as carrying out shorter missions across single cities. Capable of carrying up to five people, a pilot and four passengers, VA-1X is set to be the world's first certified winged all-electric Vertical Take-Off and Landing aircraft, and is on course to start commercial flights in 2024.
VA-1X will be flown by experienced pilots and certified through EASA, at exactly the same safety levels that are expected from commercial airlines. Vertical Aerospace claim that VA-1X will have exceptional safety levels, inherent redundancy and be a really safe, great way to travel. For further information see the IDTechEx report on Manned Electric Aircraft 2020-2030.
Offset side doors on the VA-1X allow passengers to enter and exit the aircraft with ease. There is plenty of room for luggage in both a separate compartment and at the foot of the seat. A skylight and sizeable windows let in light, plus charging points allow passengers to work whilst travelling and information screens will update on the journey's progress. 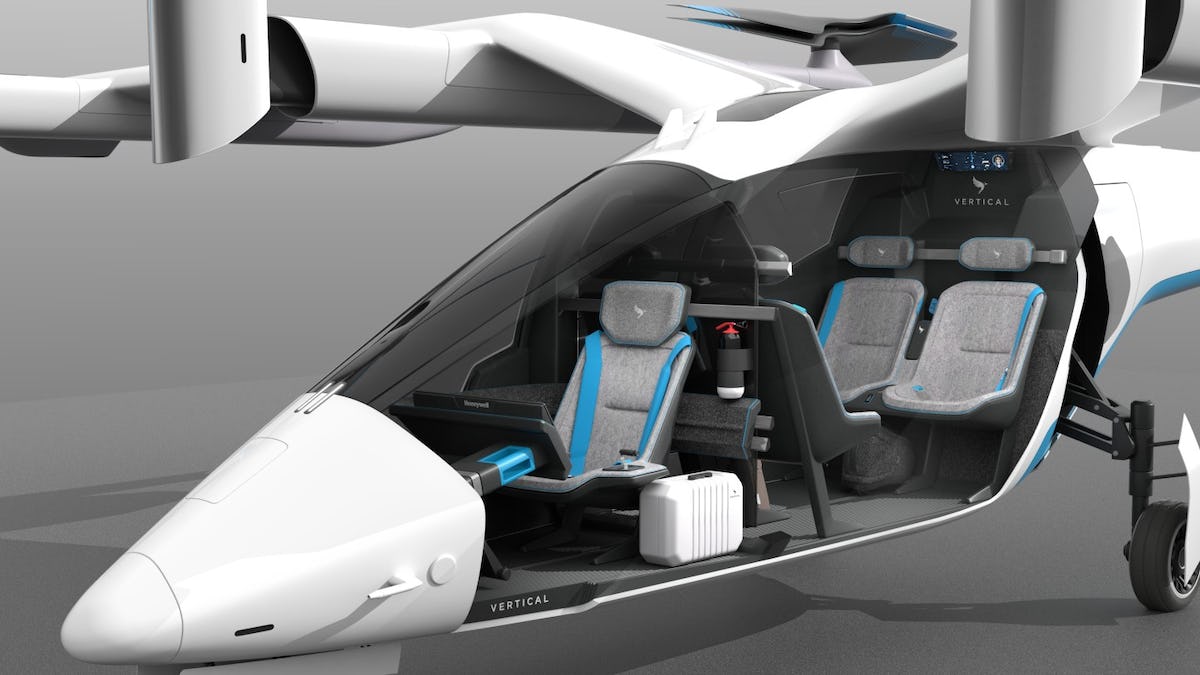 VA-1X achieves emission-free flight, with no fumes or contaminants from combustion products, and it will also be powered by renewable energy where possible.
VA-1X has been designed with noise reduction in mind. Using distributed propulsion and large open rotors, that have significantly lower tip speeds than on a helicopter, VA-1X can achieve noise levels 30 times quieter than an equivalent helicopter, allowing it to blend into inner-city life.
Inherently, VA-1X will be aerodynamically efficient, able to fly with far less energy and power than a helicopter would need. With cruise speeds of 150 mph and a range of up to 100 miles, passengers could travel from London to Brighton in approximately half an hour, compared to two hours driving, or an hour by train.
Build will begin shortly, with manufacturing taking place in the UK.
Source and images: Vertical Aerospace