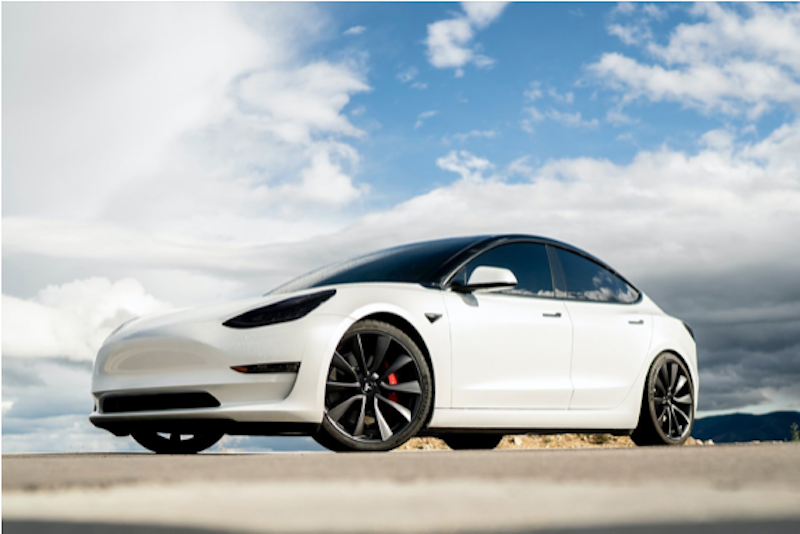 A new report by Nationwide Vehicle Contracts reveals the world's most popular electric cars. The report looks at global electric vehicle sales from EVVolumes.com over the last three years, as well as Google search volume data for electric and hybrid vehicles in 152 different countries to show the world's most desired make and model. July's electric car sales are up 77% from the previous year, and with 2020 sales expected to hit 2.9 million. For further information see the IDTechEx report on Electric Vehicle Motor Manufacturers and Developers: 255 Analysed and Assessed. 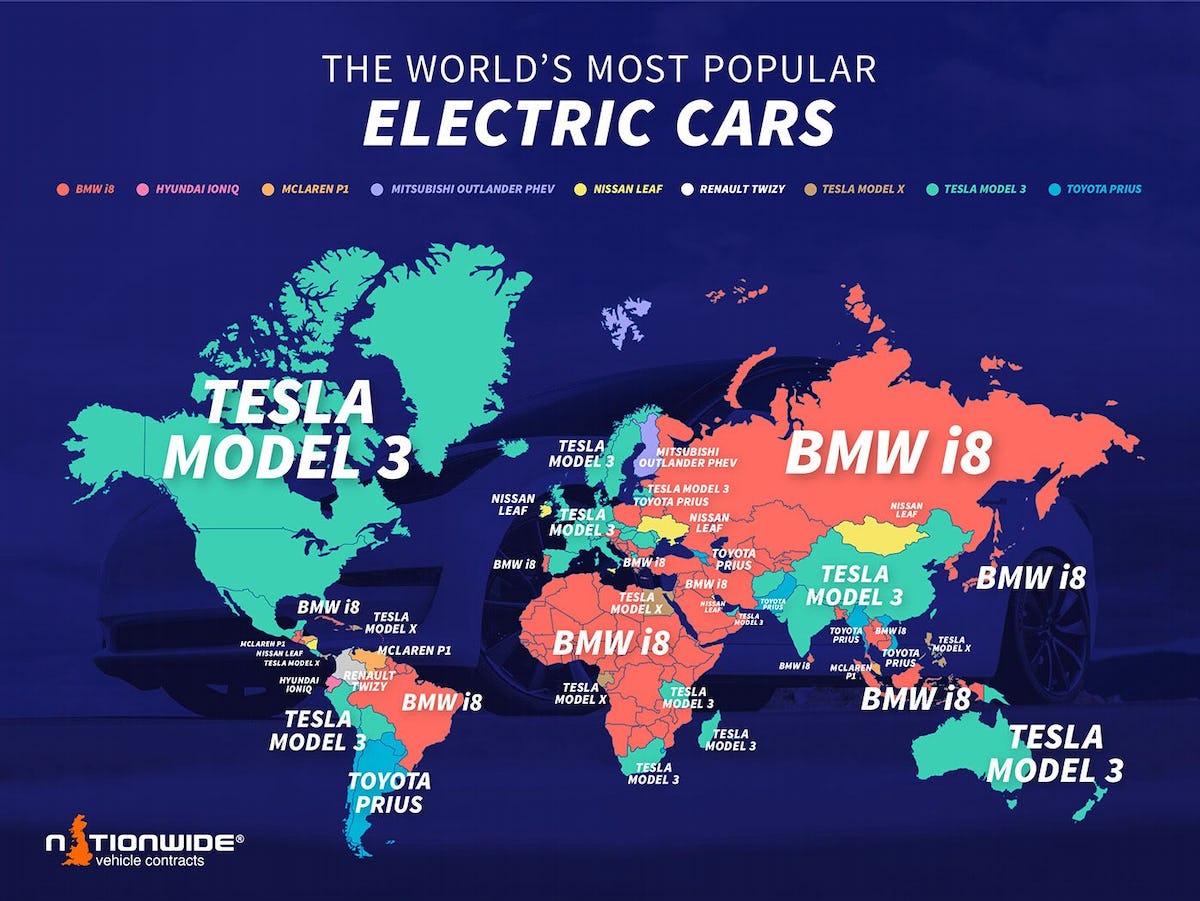 The data reveals that the electric, four-door Tesla Model 3 is the most sought-after electric car model in the world with 1,852,356 global searches every month. The car can travel up to 348 miles on a single charge and takes just 15 minutes to charge up 172 miles at Supercharger locations. Tesla appears more than once in the report's ranking of world's top 10 most desired electric vehicles, with the Tesla Model X and Tesla Model S taking the third and fourth spot respectively. 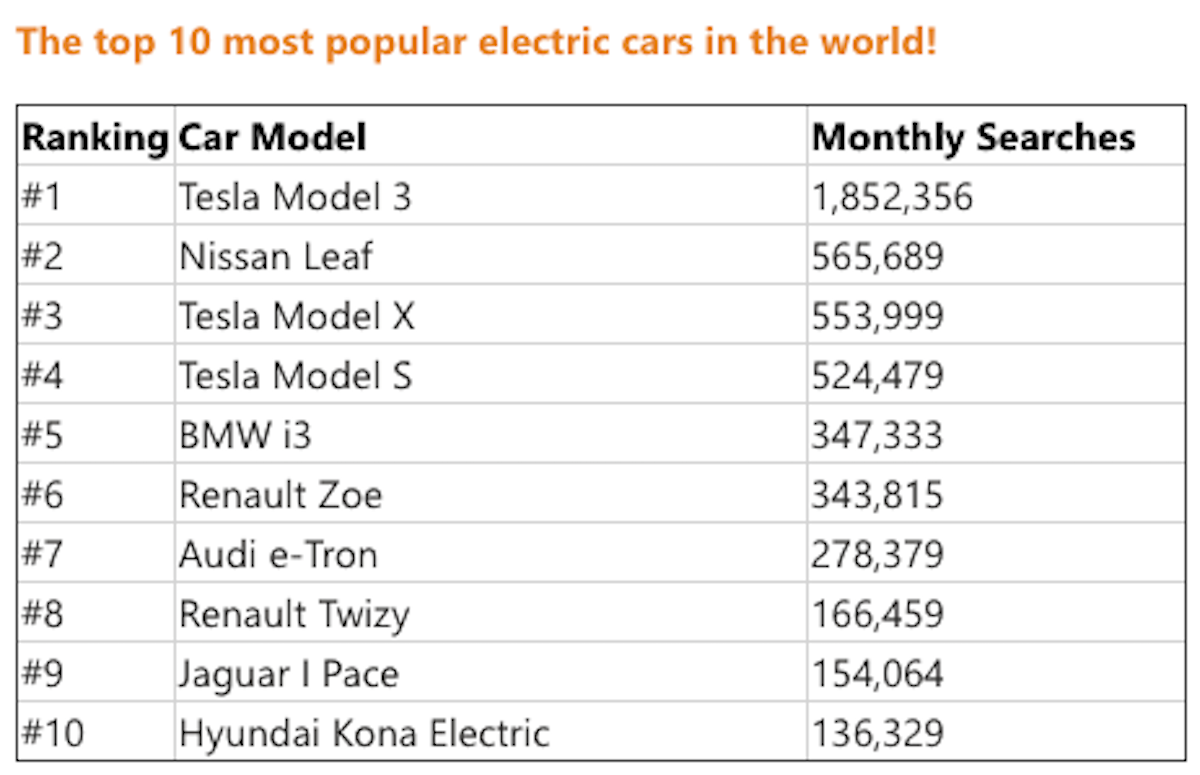 Nissan takes the second spot with its tech-advanced Nissan Leaf, a compact five-door hatchback which is now in its second generation and raking in 565,689 worldwide searches every month. 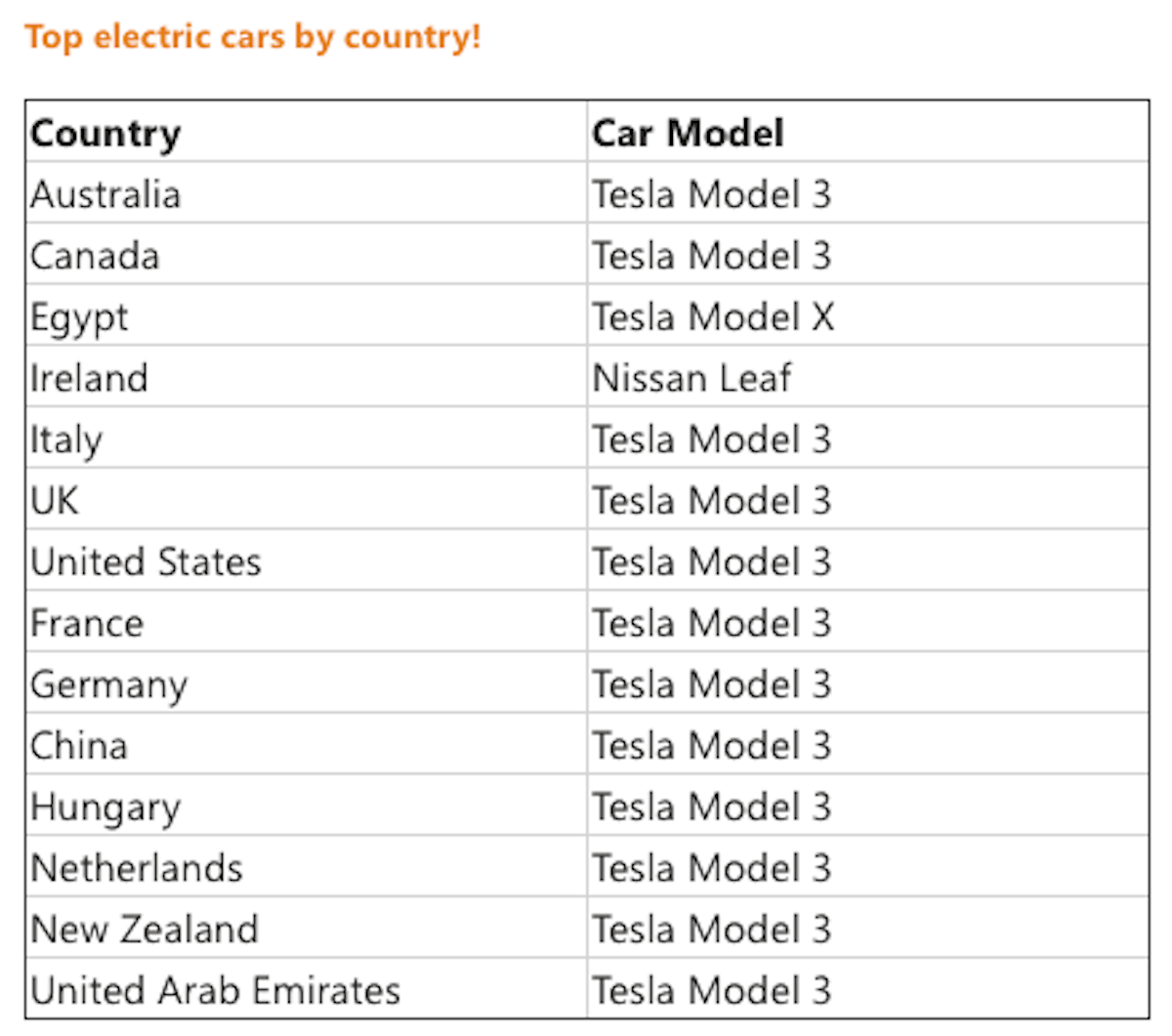 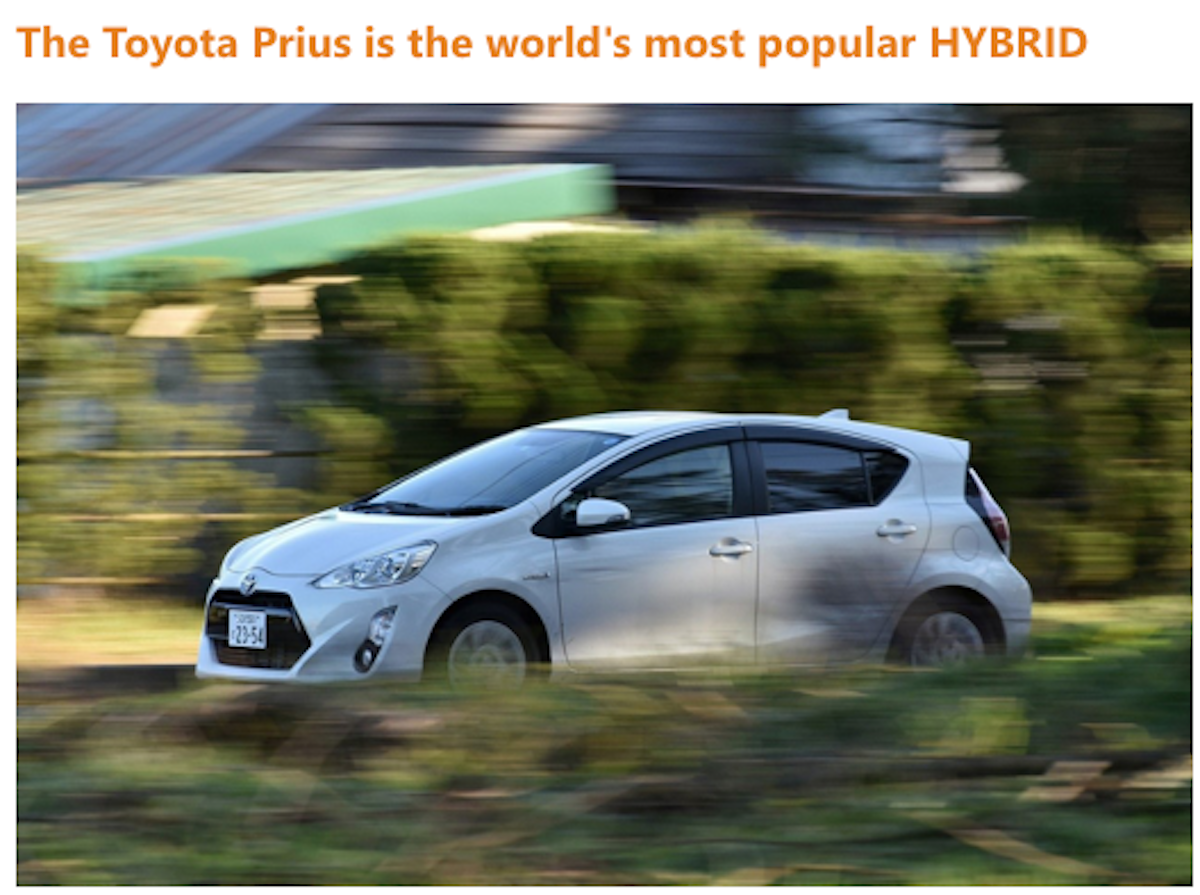 For those who don't want a full electric vehicle, many are choosing a hybrid instead, which is where the power Toyota Prius plug-in hybrid takes the top spot with over 353,755 monthly searches around the world. The iconic Toyota Prius has evolved over the years and is now better than ever, boasting efficiency, a sleek design and cutting-edge technology. 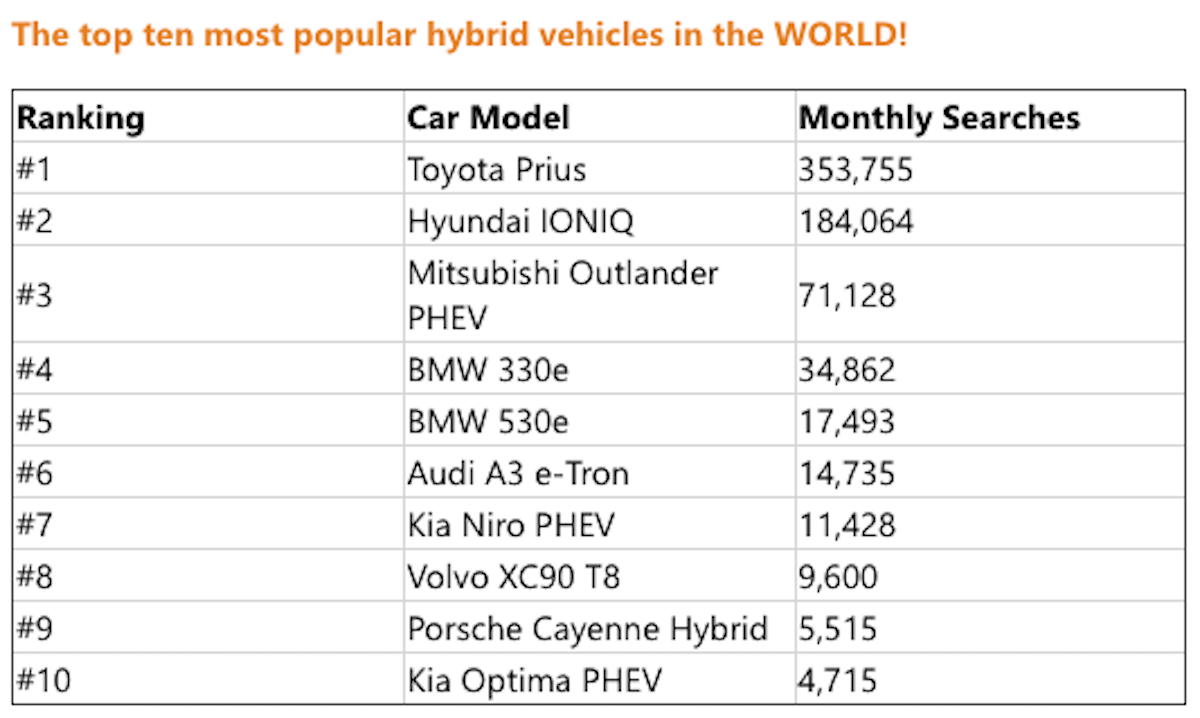 Coming in second is the Hyundai IONIQ, delivering everything you expect from a conventional car but with all the environmental and economic benefits that come with driving an electric vehicle. This particular model, which combines a sleek design with the efficiency of an electrified driving experience, achieved 184,064 searches per month.
To discover the full report visit: https://www.nationwidevehiclecontracts.co.uk/car-leasing/electric-hybrid/the-worlds-most-popular-electric-cars
Source: Rise at Seven PR