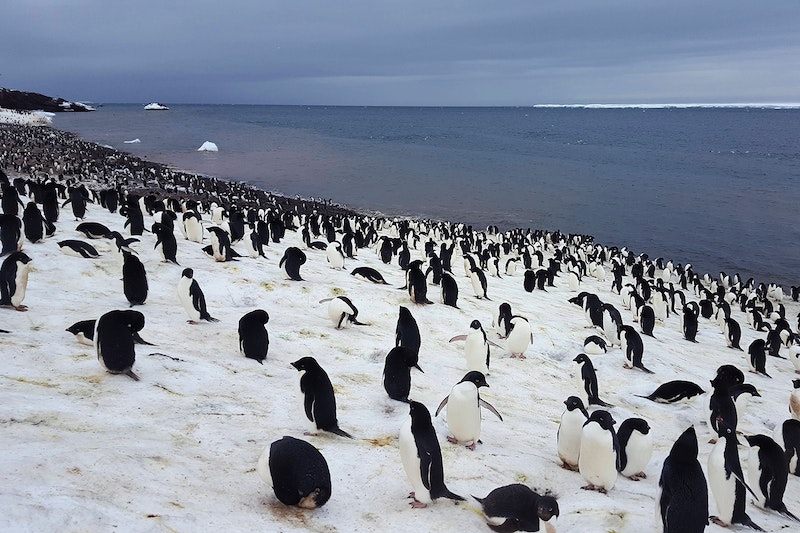 Stanford University researcher Mac Schwager entered the world of penguin counting through a chance meeting where he learned that Annie Schmidt, a biologist at Point Blue Conservation Science, was seeking a better way to image a large penguin colony in Antarctica. Schwager, who is an assistant professor of aeronautics and astronautics, saw an opportunity to collaborate, given his work on controlling swarms of autonomous flying robots.
That's how, three-and-a-half years later, Schwager's graduate student, Kunal Shah, found himself at the famous McMurdo Station, ready for the first Antarctic test flight of their new multi-drone imaging system, which coordinates the flight of multiple high-end autonomous drones - but can also work with hobby drones. The project did not have an auspicious start. "My hands were freezing. The drone batteries were too cold to work. The drone remote control was too cold. My phone was too cold and was flashing warnings," recalled Shah. "I just thought, 'I'm down here for two-and-a-half months and this is day one.' " For further information see the IDTechEx report on Mobile Robots, Autonomous Vehicles, and Drones in Logistics, Warehousing, and Delivery 2020-2040.
Undeterred, Shah and his colleagues quickly adapted and their system, which is the subject of a paper published Oct. 28 in Science Robotics, repeatedly produced detailed visual surveys of approximately 300,000 nesting pairs of Adélie penguins over a 2-square-kilometer area at Cape Crozier - roughly equivalent to the size of the country of Monaco - and another smaller colony of about 3,000 nesting pairs at Cape Royds. Whereas previous human-piloted drone surveys of the Cape Crozier colony took two days, each round of the new survey, completed in collaboration with National Science Foundation (NSF) and U.S. Antarctic Program (USAP), was completed in about two-and-a-half hours, thanks to a route planning algorithm that coordinated two to four autonomous drones and prioritized efficient coverage of the colony.
"Just moving all of that equipment down to a remote site and being able to prepare it, field it and deploy it with nothing other than tents and a small warming hut at your disposal, that's really phenomenal," said Schwager, who is senior author of the paper but, to his disappointment, was not able to join the field team. "It really goes to show how practical autonomous robotic systems can be in remote environments."
Speed is essential
Aerial surveys of penguin colonies have been conducted before, usually with helicopters or a single drone. The helicopter method produces great image quality but is expensive, fuel-inefficient and risks disturbing the birds. The single drone survey is time-consuming and - because the drones must be launched from a safe distance, about five kilometers (three miles) from the colony - difficult to navigate. Another shortcoming of drones is that they must fly to, over and back from the colony with only 12-15 minutes of battery life. The continuous threat of sudden changes in flying conditions further adds to the importance of a fast survey.
The use of multiple drones circumvents these challenges, and it was made possible by a unique route planning algorithm developed by the Stanford researchers. Given a survey space, the algorithm partitioned the space, assigned destination points to each drone and figured out how to move the drones through those points in the most efficient way, limiting backtracking and redundant travel. One crucial additional requirement was that each drone exit the space at the same place where it entered, which saves precious flight time. The algorithm also maintained a safe, constant, distance from the ground despite the changes in elevation, and had a tunable image overlap percentage to assure a complete survey. Unlike the back-and-forth action of a robotic vacuum, Schwager described the algorithm's paths as "organic and spidery."
"The process was quick. What had been just the algorithm's squiggles on a screen the day before turned into a massive image of all the penguins in the colonies," said Shah, who is lead author of the paper. "We could see people walking around the colonies and all the individual birds that were nesting and coming to and from the ocean. It was incredible."
Eyes in the sky
The researchers envision other uses for their multi-drone system, such as traffic monitoring and tracking wildfires. They've already performed tests in some varied settings. They have flown over a large ranch in Marin, California, to assess the vegetation available for livestock grazing. They also took their drones out to Mono Lake near the California-Nevada border to survey the California gull population that lives near Paoha Island in the lake's center. Like Antarctica, the Mono Lake test had its own challenges - the birds were smaller, the researchers had to boat out to the site before releasing the drones and there was a risk of losing drones in the water (which, fortunately, did not happen).
For their part, the penguin biologists remain focused on measuring population size, birth rates and nesting density and will conduct a second round of penguin observation this year. Due to the pandemic, however, the Point Blue Conservation Science team will be on their own this time. Thinking about the big picture - in the figurative sense - the researchers hope their system stands as evidence for the positive potential of autonomous robots and systems.
"Humans could never leap into the sky and count 300,000 penguins or track a forest fire," said Schwager. "I think that teams of autonomous robots can really be powerful in helping us manage our changing world, our changing environment, at a scale that we never could before." 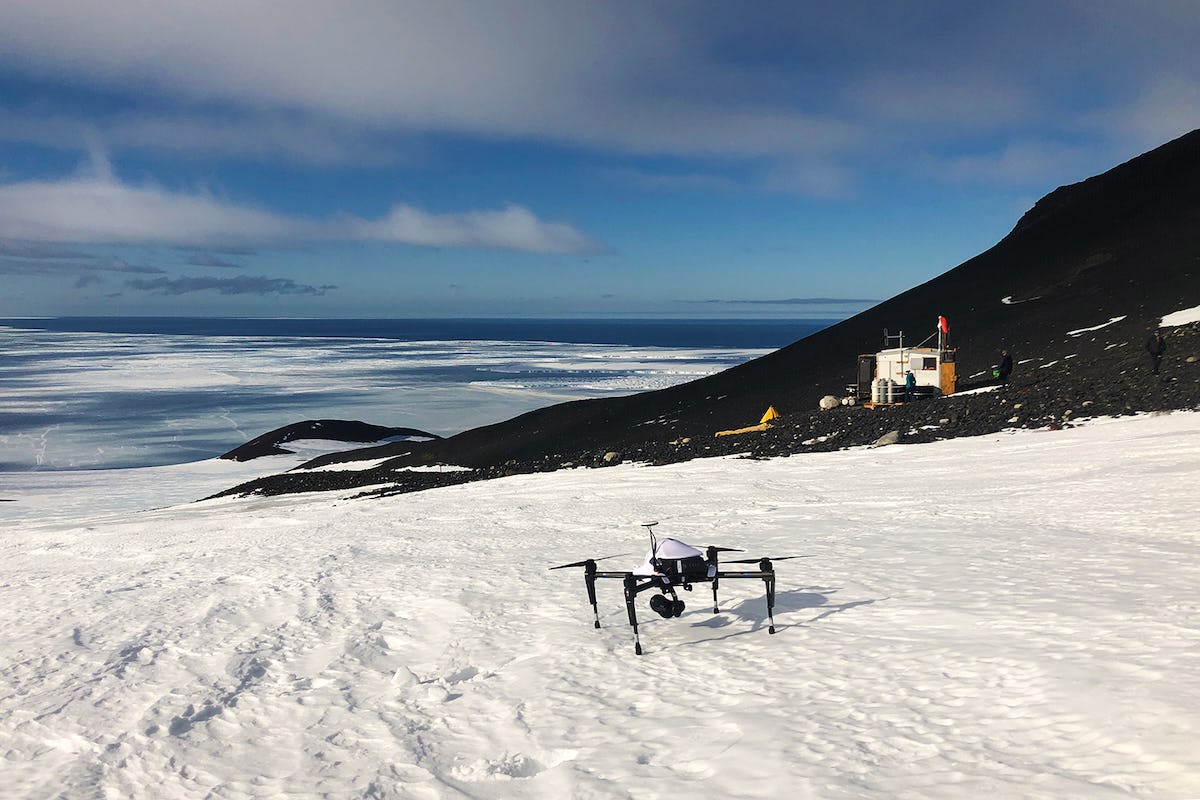 I am astonished with the work you did. Wonderful, excellent.