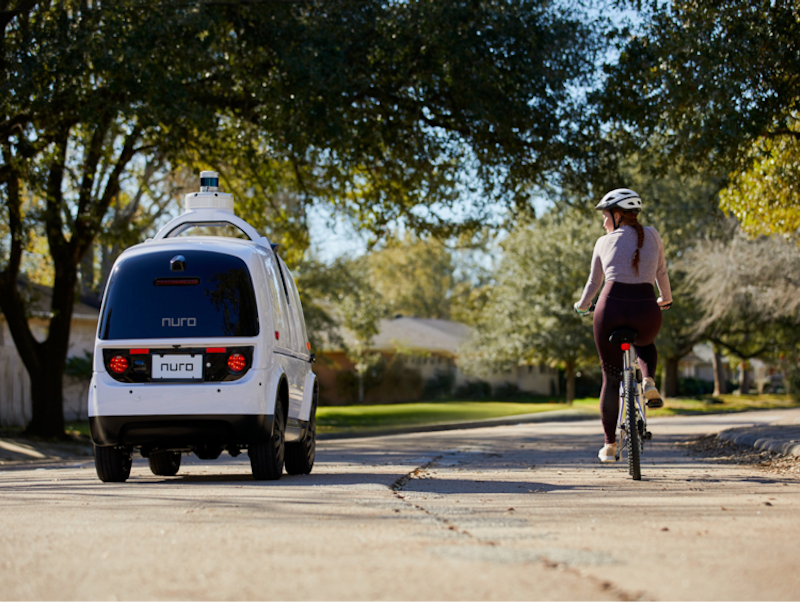 Nuro has become the first company to receive a permit to deploy autonomous vehicles on public streets from the California Department of Motor Vehicles. This permit will allow Nuro's vehicles to operate commercially on California roads in two counties in the Bay Area. Nuro will also shortly announce the first deployment in California with an established partner. The service will start with Nuro's fleet of Prius vehicles in fully autonomous mode, followed by their custom-designed electric R2 vehicles.
Since California adopted one of the first autonomous vehicle laws in the country in 2012, the DMV has steadily crafted a regulatory framework that last year included small delivery vehicles like Nuro's. This framework set up a three-stage permitting process for companies to move from testing with a safety driver, to driverless testing, and now finally, to commercial deployment. For further information see the IDTechEx report on Mobile Robots, Autonomous Vehicles, and Drones in Logistics, Warehousing, and Delivery 2020-2040.
At every step, the DMV has reviewed the substantial record of data and information provided by AV companies, collected input from law enforcement, local communities, and stakeholders, and, as Director Steve Gordon has emphasized, kept to the touchstone that "the safety of the motoring public is the DMV's top priority."
Nuro's R2 was purposefully engineered for safety, with a design that prioritizes what's outside — the people with whom it shares the roads — over what's inside. Nuro has extensively tested their self-driving technology and built a track record of safe operations over the past four years, including two successful commercial deployments in other states and driverless testing with R2 in the Bay Area communities.
Driverless delivery will have a big impact for Californians in the coming years. Services like Nuro's will provide contactless access to goods in our communities. A parent in Mountain View will be able to get the week's groceries delivered, without bundling the family into the car. A grandmother in East Palo Alto will gain access to affordable home delivery of everyday necessities. And a young woman in San Jose will get the opportunity to start a new career overseeing the operation of a driverless fleet of vehicles that will deliver on these promises.
Source and top image: Nuro