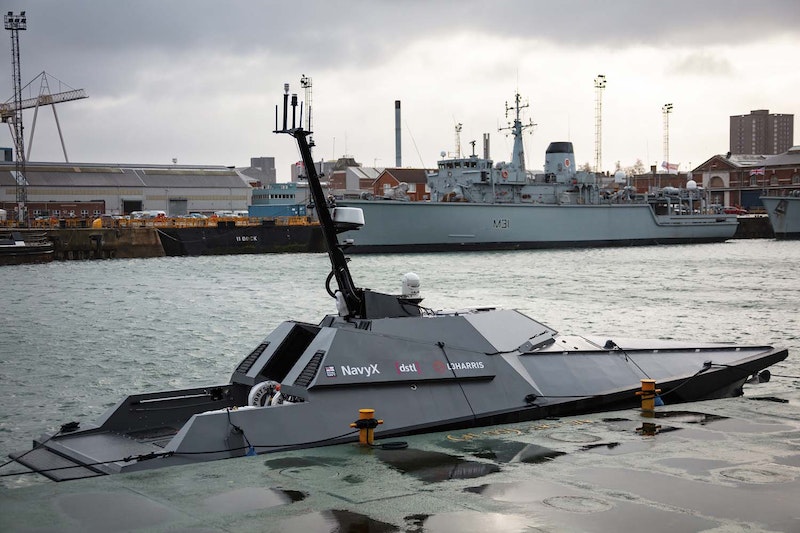 The Royal Navy's experimentation innovator NavyX has officially welcomed a new autonomous vessel into its service.
Named Madfox (Maritime Demonstrator For Operational eXperimentation), it is derived from technology firm L3Harris' Mast-13 vessel, which for the past 18 months has been operated by Defence Science and Technology Laboratory (Dstl) on a series of trials with the Royal Navy.
Since being delivered, NavyX has been working hard to get Madfox to sea and ready to begin a demanding year of testing. For further information see the IDTechEx report on Mobile Robots, Autonomous Vehicles, and Drones in Logistics, Warehousing, and Delivery 2020-2040.
Over the next few months, NavyX will carry on its work with Uncrewed Surface Vessel (USV), while also examining how these vessels can deliver across the range of military operations including surveillance and force protection.
Commander Antony Crabb, NavyX team leader, said: "With Madfox now directly in the hands of NavyX, the team will be able to explore a multitude of issues such as safety, regulatory compliance, new missions, new payloads and the role that a USV can play in complex operations and within the future fleet. Later this year NavyX will also accept an autonomous Rigid Inflatable Boat (RIB) into the inventory. This exciting work will help inform how systems are deployed, and employed, from future vessels of the Type 26 and Type 31 classes."
The investment in Madfox comes as the Royal Navy and Royal Marines look to expand their use of crewless and autonomous equipment.
Mast-13, proved the value of USVs during experimentation in Norway last year when it was successfully integrated with HMS Albion for Autonomous Advance Force 3.0. There it was controlled remotely, including for the transit in and out of the ship's dock.
Source and top image: Royal Navy

Energy Companies Invest £1.6 Million in Wave Power for Subsea Projects
Autonomous Boats Could be Your Next Ride
Unmanned Robotic Vessels for the US Navy
Air Taxis Will Utilize Next-Generation Batteries and Motors