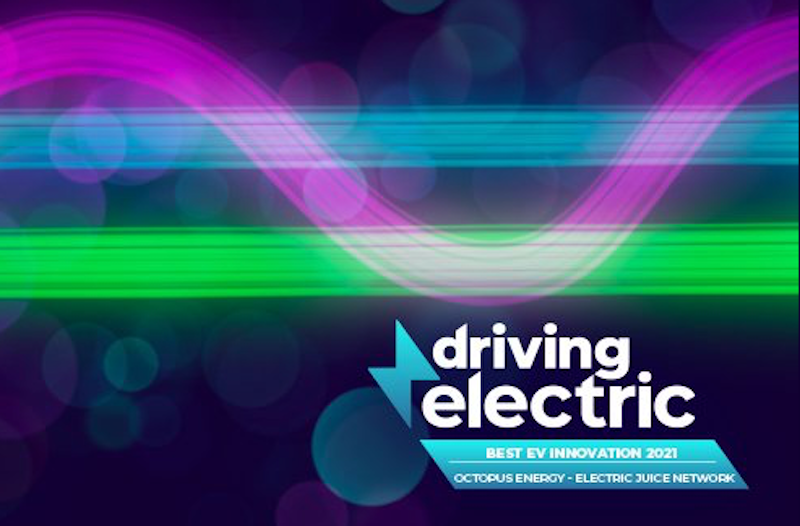 EnTech pioneer Octopus Energy and NewMotion, a leading European smart EV charging solutions provider, have agreed that customers of the Electric Juice Network (EJN) can now use the public charge points of NewMotion. NewMotion, a Shell group company, has thousands of charge points in the public charging network in Europe and the UK, including a growing amount of rapid charging at Shell Recharge.
Customers of Electric Juice will have access to chargers at popular destinations and service stations across the UK and mainland Europe. Germany - where Octopus Energy recently set up an international office - will be a particular focus. Octopus adds NewMotion's public network to the previous successfully integrated charge point operators IONITY, Char.gy, Hubsta, Alfa Power, Franklin Energy LiFe, Plug-N-Go and Osprey, who all joined the EJN in its first year. For further information see the IDTechEx report on Charging Infrastructure for Electric Vehicles and Fleets 2021-2031.
Drivers of electric vehicles will now be able to pay with their Octopus Energy account across the participating charging networks, with all costs appearing on a single bill. As further networks are added to the roaming service, users of the Electric Juice Network will soon be able to access many more charging stations nationwide. With their charging platform Octopus offers a solution to a long-standing problem for EV drivers, who have criticised the lack of a standardised way of paying as each network requires a different card or app.
Alan McCleave, Regional Manager UK and Nordics at NewMotion says: "E-mobility partnerships are a key aspect in the enablement of mass EV adoption, that's why we partner with many different parties in our European roaming charging network. We're part of the Shell group, which recently announced that by 2025 there will be over 30,000 Shell Recharge charge points."
Zoisa North-Bond, CEO of Electric Juice, comments: "By offering access to Shell Recharge and NewMotion public charge points via the Electric Juice Network, our plans for mainland Europe are becoming even more tangible. Europe's transport sector needs to decarbonise quickly. Collaborating with more partners helps create better access to charging infrastructure, which makes it easier for petrol car drivers to consider electric vehicles and simplifies the whole process for current EV drivers. NewMotion provides the EJN customers with rapid charging at Shell Recharge on the motorway and the inner city coverage of the network means EV drivers have more flexibility than they've enjoyed before."
The EJN also recently won 'Best EV Innovation' at Driving Electric Awards 2021, signalling the first time an energy retailer won the award.
Press Contact
Dominic Bellamy
E: dominic.bellamy@octoenergy.com
About Octopus Energy's Electric Juice Network
Launched in May 2020, the Electric Juice Network (EJN) was Octopus Energy's answer to the frequent complaint that Electric Vehicle (EV) drivers need many different apps and cards to use the many different brands of EV charging stations. The EJN consolidates all payment and access needs through one simple card and login. EV drivers across the country can now access over 1,000 different charge points with their card and get all the payments added on to their monthly energy bill, whether they're with Octopus Energy or not. In its first year, the EJN has taken on eight new partners including Char.gy and Osprey (formerly Engenie) and won 'Best EV Innovation' at Driving Electric Awards 2021.
For more information on Electric Juice, head to the Electric Juice website.
Source: Octopus Energy