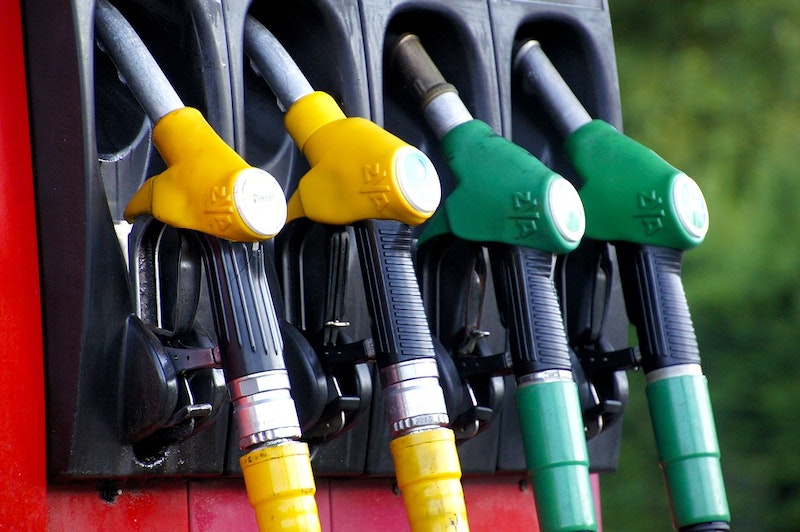 Research from Imperial College London has found that lead from leaded petrol persists in London's air despite its ban in 1999.
Lead levels in London's atmosphere have dropped drastically since lead additives in petrol were phased out, and currently meet UK air quality targets. However despite this drop, airborne particles in London are still highly lead-enriched compared to natural background levels, according to new Imperial research published in PNAS. The study found that up to 40 per cent of lead in airborne particles today comes from the legacy of leaded petrol. The researchers say this highlights the long-term persistence of contaminants introduced by human activities in the environment.
Lead author of the study Dr Eléonore Resongles, who carried out the work at Imperial's Department of Earth Science and Engineering, said: "Petrol-derived lead from decades ago remains an important pollutant in London. Despite the leaded petrol ban, historically combusted lead is still present in London's air more than 20 years later."
The researchers compared the chemical and isotopic composition of particulate matter in the air with samples of road dust and urban soil, which confirmed the role of the resuspension of dust contaminated from leaded petrol in lead's persistence in London today. They explained that lead from leaded petrol once settled in the environment and is steadily re-suspended into the air through wind and vehicle movement, providing a constant background level and remobilisation mechanism. For further information see the IDTechEx report on Advanced Electric Cars 2020-2040.
They say this also highlights a potential hazard that warrants further investigation into its effects on Londoners' health as, despite air quality targets, there is no 'safe' threshold for lead in humans.
Dr Resongles added: "Long-term low-level exposure to lead can adversely affect health and, while we don't yet know the health implications of our findings, they suggest that leaded petrol might still be providing low level exposure which can have detrimental effects on health."
Lead's legacy
Lead has historically been used in a variety of ways, from petrol, batteries, alloys and solders to piping and paint in homes and buildings - and until 1999, leaded petrol remained the primary source of lead emissions in the UK atmosphere. The use of lead in petrol has ceased in most countries worldwide because of evidence that exposure to lead causes neurodevelopmental problems in children and cardiovascular, kidney, and reproductive problems in adults.
The study, which included researchers from French National Research Institute for Sustainable Development and Princeton University in collaboration with University of Birmingham, German Meteorological Service, and King Abdulaziz University, measured the concentrations of lead and its isotopic composition in two London locations between 2014 and 2018, before comparing them with previous data from the 1960s, '70s, '90s, and 2010. The researchers took eighteen samples of airborne particles at street level in Marylebone in the summer of 2018, and 20 samples on a 24-metre-high rooftop at Imperial's South Kensington campus between 2014 and 2018.
By comparing with historical data the isotopic composition of air particles in London, they found that lead sources have remained unchanged over the past decade. They also found that the isotope composition of the air particles was similar to the signature of soils and road dust, leading them to suggest that resuspension of lead-containing dust, perhaps with wind and vehicle movement, is now an important source of lead.
In the 1980s, annual average airborne lead concentrations in central London dropped from 500-600 ng/m3 of air to around 300 ng/m3, before dropping further to around 20 ng/m3 in 2000. The researchers in this study measured lead concentrations of 8 ng/m3 of air on average during the summer 2018 at Marylebone road.
Senior author Professor Dominik Weiss, also of Imperial's Department of Earth Science and Engineering, said: "We used to have a lot of lead circulating in the air, but it dropped dramatically when leaded petrol was phased out at the turn of the millennium. However, the evolution of isotope composition since then suggests that lead in the air, soil and dust persists at background levels, and this could turn out to be a concern for health. Our findings highlight the need for an in-depth study of blood lead levels in the population as was done recently in the US. Legacy lead deposited pre-1999 is significantly contributing to the overall lead burden, so we must try to reduce further the amount of lead we are releasing today if we want to offset legacy metals. The findings from the London study are in line with results from similar studies we conducted in Sao Paolo, Brazil and raise questions about long-term lead contamination in other megacities worldwide."
The researchers say that if these current levels prove harmful, then measures should be taken to target the sources of the lead in soil and on roads. Possible measures to lower lead levels include covering contaminated urban soils with fresh soil, which has been effective in reducing children's blood lead levels in New Orleans.
Dr Resongles said: "Atmospheric lead has reached a baseline in London which is difficult to push down further with present policy measures. We need more research to identify the effect of present air concentrations - even if they meet data air quality targets - on human health, and to find the best way to rid London of lead's legacy for good."
This research was funded by the European Union's Horizon 2020 grant and Imperial College London.
Source: Imperial College London
Top image: Pixabay