Partnership for Silicon-Anode Batteries for the 7-Seater Lilium Jet 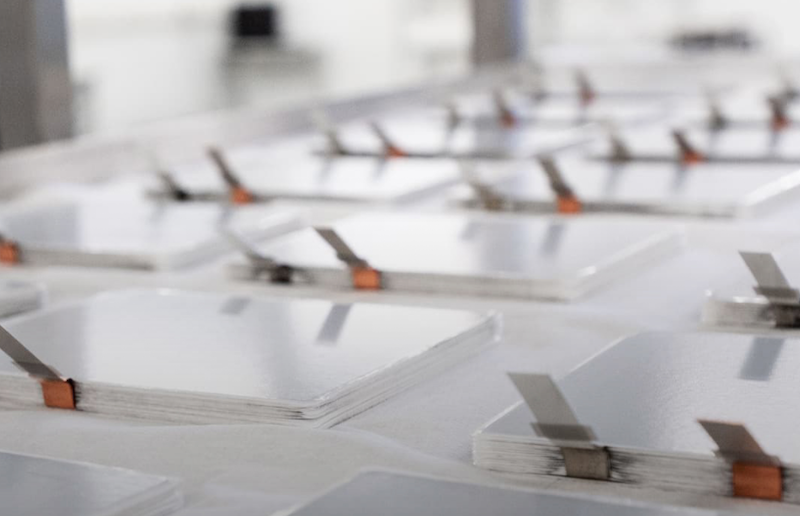 Lilium GmbH, positioned to be a leader in regional electric air mobility, has partnered with CUSTOMCELLS, the German manufacturer of customer specific lithium-ion battery cells.
CUSTOMCELLS, who supply international aviation, automotive and military customers, including Porsche AG, will be one of Lilium's prime suppliers, manufacturing lithium-ion batteries at scale for the all-electric 7-Seater Lilium Jet. Utilising Lilium's licensed technology, CUSTOMCELLS will industrialize battery cells for high-quality series production at its Tübingen location. At the Tübingen site, CUSTOMCELLS, together with partner and equipment manufacturer Manz AG, offers one of the most modern battery cell production lines in Europe. For further information see the IDTechEx report on Manned Electric Aircraft: Smart City and Regional 2021-2041.
In June, CUSTOMCELLS announced the launch of a joint venture with Porsche, named Cellforce Group, to produce high-performance silicon-anode batteries at their Weissach Development Centre. Porsche also recently participated in an investment round for CUSTOMCELLS through its venture capital arm, Porsche Ventures. New shareholders in CUSTOMCELLS are also European technology investors Vsquared Ventures and 468 Capital.
Bringing together two German innovators in energy and aerospace, with guaranteed production capacity at CUSTOMCELLS's state-of-the-art research and production sites in Germany, this partnership will play a crucial role in scaling up production of the 7-Seater Lilium Jet ahead of planned commercial launch in 2024.
Daniel Wiegand, Co-Founder and CEO of Lilium said: "With their extensive experience of designing and producing customised high-performance Li-Ion batteries for automotive and aviation applications, CUSTOMCELLS is an ideal partner to manufacture aerospace-quality battery cells for our jet. They have already set up manufacturing of silicon anode batteries for several of their customers. We are excited to be working alongside another next generation company like CUSTOMCELLS."
Leopold König, Co-founder and CEO of CUSTOMCELLS said: "On the basis of flexible manufacturing concepts, CUSTOMCELLS guarantees high-tech solutions for special applications and tailor-made production of electrodes, electrolytes and battery cells with an outstanding quality and traceability approach, depending on the customer's requirements profile. This partnership will bring two leading German innovators together and underlines the strength of the German manufacturing and tech ecosystem."
CUSTOMCELLS will join Lilium's roster of world-class suppliers, including Toray Industries, Aciturri, Lufthansa Aviation Training, Honeywell and Palantir, alongside infrastructure leaders, such as the Tavistock Development Company, and Ferrovial, a leading airport operator, who will support the development of up to 14 vertiports in Florida.
Source and top image: Lilium