Robot Can Inspect Railway Infrastructure and Move for Trains 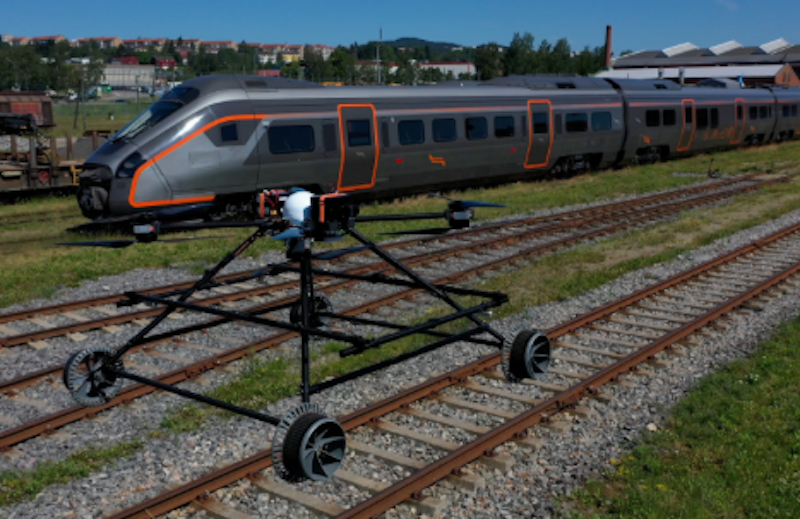 Maintenance in the railway industry is usually conducted by night, or when there is no planned traffic, meaning there is a lack of consistent data that maps out the current state of the railway.
The Staaker BG-300 Railway Drone is a unique robot that can inspect critical parts of the railway infrastructure whilst driving on railway tracks. Should the Railway Robot encounter oncoming traffic, it can avoid dangerous situations by flying to the side of the track to let traffic pass. The sensors onboard the robot automatically detect changes on the railway, whilst providing a live data feed to decision makers. For further information see the IDTechEx report on Drone Market and Industries 2021-2041.
The drone can operate on the railway for around 7 hours with an average speed of 20 km/h. The robot can cover up to 200 km, which is a distance equivalent from Amsterdam - Brussel. Furthermore, it can switch from one railway track to another, give way to oncoming traffic, and switch to alternative tracks. Without disturbing regular traffic, the Railway Robot will significantly streamline and improve the maintenance work at railways.
Source and top image: Nordic Unmanned