Volvo's First Commercial Autonomous Truck for the US Highway Market 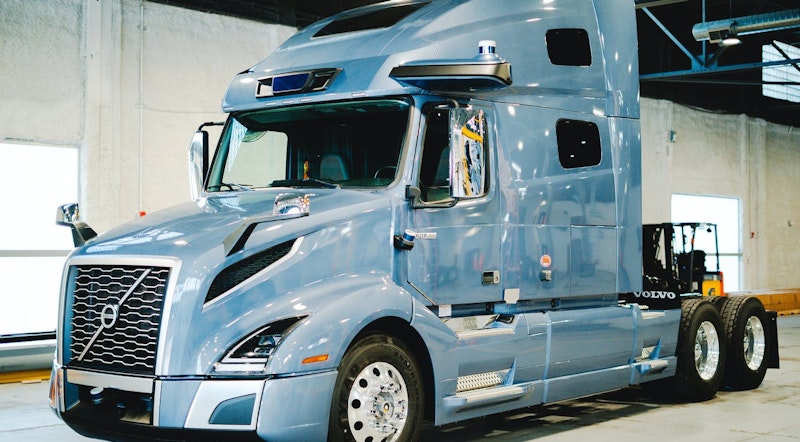 Aurora has shared a first look at the Aurora-powered Volvo VNL, Volvo's flagship long-haul truck, integrated with the Aurora Driver's sensor suite. This prototype is the first of the Volvo VNL fleet to be designed to operate with the Aurora Driver, and represents a significant step in building commercial L4 Class 8 trucks at scale for Volvo's North American customers.

Volvo, the second-largest heavy-duty truck manufacturer in the world, builds hundreds of thousands of trucks each year and has developed trusted relationships with shippers and carriers over the course of decades. By joining forces with Volvo Autonomous Solutions, Aurora has the support of Volvo's trucking industry stature, engineering prowess, production capacity, commercial relationships, and safety leadership to commercialize Aurora-powered Volvo trucks at scale. For further information see the IDTechEx report on Autonomous Cars, Robotaxis & Sensors 2022-2042

Moving safely and efficiently with Volvo

Today's long-haul truck, like most vehicles, is designed around the safety and comfort of a human driver. This means that the truck and its systems have been tested and deemed acceptably safe for all contexts where a human is behind the wheel. If any part of the truck fails, the human driver has the tools to manually bring the vehicle to a safe state.
A fully autonomous truck, by definition, lacks a human backup driver. Instead, the truck must be equipped with high-assurance systems and redundant systems that can take over control if a failure occurs. For example, if the primary brake system were to fail, the secondary brake system must take over and ensure that the vehicle comes to a safe stop. In addition to redundancies for core systems like braking, steering, and propulsion, the autonomy system driving the truck also needs to be plugged into sensory inputs like wheel speeds and actuation controls like turn signals and hazard lights.
These trucks will be manufactured on Volvo's own production line.
Source and top image: Aurora