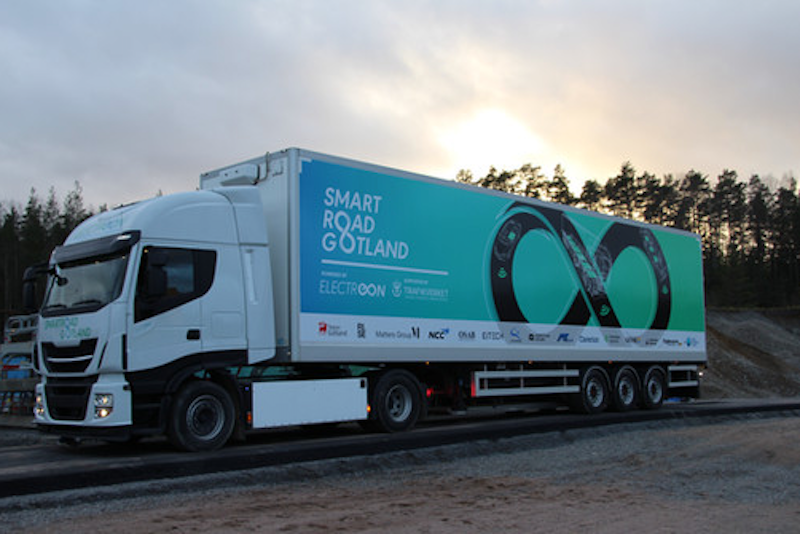 ElectReon, a provider of in-road wireless electric vehicle charging technology for commercial, public service, and passenger vehicles, announced the successful launch of the first fully operational bus utilizing the company's wireless charging infrastructure in the city of Visby in Gotland, Sweden. Implemented by a consortium of partners, the Smartroad Gotland project began operations in early 2020 and is one of four Electric Road demonstration projects currently being funded by the Swedish Transport Administration, Trafikverket.
Having supported Electric Road Systems R&D programs for over a decade, Sweden is a pioneer in pursuing multiple Electric Road Systems demonstration projects in preparation for large-scale fully commercial pilots with the goal of decreasing emissions, utilizing existing infrastructure and enabling cooperation between public authorities, industry, universities and politics in a cost-effective manner. As a great supporter of innovation, Gotland has proven to become an ideal testing ground for these innovative charging infrastructure systems due to the ease of collaboration between key project stakeholders as well as testing in real-world conditions and harsh wintery as ice and snow. For further information see the IDTechEx report on Electrically Smart Roads 2018-2028.
After implementing the first stretch of the wireless infrastructure in November 2019, the original deployment of this project was completed in the fall of 2020. Since then, the fully electric, 40-ton truck and trailer have successfully conducted tests on 1.6 km of road between the airport and city center of Visby, reached speeds up to 80 km/h, and as a result, received an average power of 70 kW from the electrified roadway.
"As one of ElectReon's first deployments on public roads, it is exciting to see the Smartroad Gotland project meeting critical milestones," said Oren Ezer, CEO of ElectReon. "By highlighting how a bus can successfully charge while en route in real-world environments, such as Gotland, it is clear that wireless charging solutions can provide cities a more convenient, cost-efficient and sustainable way to shift towards an electric future. We look forward to continuing this momentum towards large-scale implementation of our technology on Sweden's roads."
As a pre-commercial demonstration project, the Smartroad Gotland project will end in spring of 2022 but marks a critical step change for Sweden as it works to commercialize large-scale electric road systems throughout the country. By doing so, Sweden will be on track to reach its national target of installing 2,000 km of electric highways by 2030 and achieve net zero emissions by 2045.
"We are very happy to be a part of this world-unique investment in fossil-free solutions," says Martin Yang, Sales Director of HIGER in the European market. "Electreon's wireless technology works excellently with our electric vehicles and we are now ready to mass produce vehicles with the new technology. We look forward to participating in the development of future charging, static and dynamic."
Source and top image: ElectReon