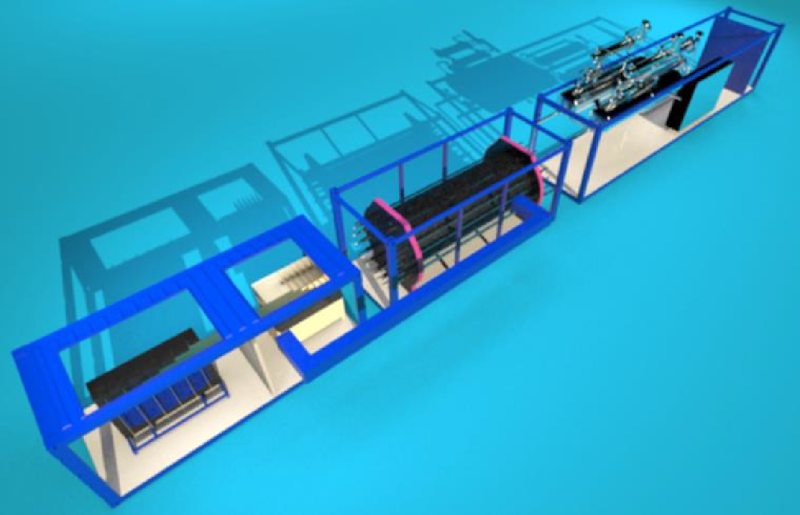 'Green hydrogen', which utilizes renewable energy and electrolyzer to produce hydrogen, eliminates carbon emissions from the source and makes hydrogen the truly clean energy. It is becoming the focus of the industry as an emerging field to achieve climate goals. "Green hydrogen" has several advantages over traditional hydrogen production methods:
At present, the emergence of Angstrom's 2.5MW Containerized single-stack Hydrogen Production System has contributed to the popularization of "green hydrogen". This system adopts advanced water electrolysis hydrogen production patented technology, the total footprint only occupies 2 of 40ft containers (1 40ft and 2 20ft). The system can be modularized to 10MW/100MW or larger module scales. For further information see the IDTechEx report on The Hydrogen Economy, Fuel Cells and Hydrogen Production Methods.
The successful development and production of the system is the result of the combination of the US leading both the technological progress and industrial development trend; it is also a breakthrough in promoting the development of the global hydrogen energy industry.
Press Release Contact:
Dan
daniel@verdellc.com
https://www.angstromadvancedinc.com/
Source and top image: Angstrom Advanced Inc