A Green 'Sea Change' as Water Transport Makes its Move 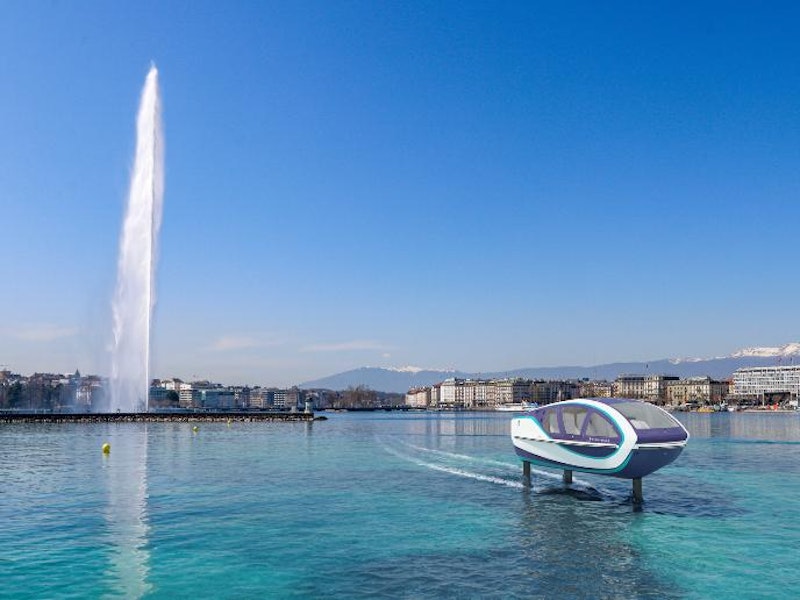 Europe's ferry industry has set sail for an emissions-free future. It's leading the eco-friendly revolution with electric and hydrogen-powered boats that are destined to make urban transport more sustainable.
In just a few months' time, passengers in Stavanger, Norway, will be able to begin commuting on a revolutionary ferry that doesn't produce any greenhouse gas emissions. Called Medstraum, which means both "to go with the flow" and "with electricity" in Norwegian, it will be the first high-speed vessel in the world that runs purely on electric power, replacing a diesel-powered ferry that currently shuttles people to surrounding islands. For further information see the IDTechEx report on Electric Leisure & Sea-going Boats and Ships 2021-2040.
If the trial goes well, similar vessels could soon operate in other cities too. 'We're in a very exciting period,' said Mikal Dahle, a project manager at public transport company Kolumbus AS in Stavanger, Norway, and coordinator of the TrAM project which is developing the catamaran ferry. 'We are now finalising the vessel and getting it ready.'
Medstraum is an example of the new and sustainable modes of transport set to transform urban mobility. In the EU, emissions from transport account for about 25% of total greenhouse gas emissions and are the main cause of air pollution in cities.
Furthermore, most people use roads to get around in urban areas where traffic jams have become a huge problem and cost an estimated €110 billion a year in Europe. 'Waterways are underused for the time being and could be a great alternative,' said Virginie Seurat, the VP at Seabubbles, a company developing a hydrogen-powered boat.
Our waterborne travel also needs to get a lot greener to meet the EU's goal of reducing transport-related emissions by 90% by 2050. Existing high-speed craft, for example, are typically powered by fossil fuels and produce significant amounts of emissions.
'It's much more polluting to travel with (conventional) fast ferries compared to aeroplanes,' noted Dahle. 'A proper reduction in CO2 emissions is one of the main challenges for inshore vessels.'

Dahle and his colleagues in the TrAM project are tackling this challenge with a novel design and production method for zero-emission electric vessels operating in coastal waters and inland waterways. Cost is still a barrier since these vessels are more expensive to build compared to those powered by diesel fuel, but the new approach should make them more affordable.
'The goal is to establish and validate a methodology for the design and production of (electric) craft that reduces the overall cost by 25%,' said Dahle. 'We want to make it possible for a large market to invest in zero-emission vessels.'
Their new approach is based on modularisation, where a boat is divided into different functional parts, such as the hull and passenger section, which are in turn subdivided into individual components, like the batteries and electrical equipment in the energy module.
The idea is that a new vessel could be designed and built by piecing together pre-existing modules instead of starting from scratch, making the process more efficient and cost-effective. 'Some (parts) are standardised, like the seats in the vessel, so we can pick out exactly what we need for a boat at relatively low cost since they are produced in certain volumes,' explained Dahle. 'Then we have other things that need to be adjusted for each vessel like the hull shape and the motors.'

Medstraum is the first vessel being created using this approach, and aims to demonstrate its feasibility. Built from lightweight aluminium to reduce energy consumption will also allow the vessel to be easily recycled after use and contribute to the circular economy. The vessel will be able to carry around 150 passengers at speeds of up to 42 km/h and will make 16 round trips per day. The ferry's electric battery will be charged each time it stops at Stavanger.
Dahle and his colleagues will use the same approach to develop two other boats. One will be designed to transport either passengers or goods on the River Thames in London, while the other will be used on inland waterways in Belgium and will therefore need to be adapted for different purposes and environments. The London craft will be required to travel at a higher speed and have a larger capacity than the Stavanger vessel, for example, while the boat to be used in Belgium will need to meet different rules and regulations.

A 'flying' boat powered by hydrogen

City commuters could also soon use a 'flying' water taxi to get around thanks to another team aiming to lower the environmental impact of water transport. Seurat's colleagues have developed the first zero-emission hydrofoil craft that glides above waves powered by a hydrogen fuel cell and battery as part of the Seabubbles project.
'The idea is to offer citizens new solutions that are a step forward in terms of a green way of life,' said Baptiste Arribe, the strategy director at Seabubbles in Annecy, France.
The futuristic-looking craft, which is made of composite fibres, can operate in two different modes and has been developed for waterways, lakes and marine zones. When travelling at less than 12 km/h, its hydrofoils are retracted and it navigates like a conventional vessel. However, at higher speeds its foils are deployed and the hull is lifted 60 centimetres above the water's surface, which results in a smooth ride even in choppy waters. 'People are excited about the passenger experience because there are zero waves and no noise,' said Seurat.
The 'flying' mode has environmental advantages too. It uses 35% less energy compared to the conventional mode since gliding on the foils reduces the surface area of the boat immersed in water and hence the amount of friction.

When they developed the prototype, the team initially planned to power the craft with electricity produced from solar panels and hydropower. But they later decided to switch to hydrogen power since a boat could travel further on a full tank of the gas compared to a single charge. It would also take less time to refuel; a hydrogen top-up that takes just a few minutes allows the boat to run for about two and a half hours.
While the latest Seabubble boat still runs on electricity, it is generated by a hydrogen fuel cell. It also contains a battery that is charged by the fuel cell when the craft is cruising to provide extra power when needed, for example during acceleration. Artificial intelligence is used to optimise the use of energy between the battery and fuel cell to make the boat as energy efficient as possible. 'We combine the avant-garde in energy and (the latest) technology with our control system,' Seurat explained.

The first Seabubble boats are currently being assembled at a shipyard on the shores of Lake Annecy in France. They will be available to European buyers in a few months' time and later to the international market.
Able to carry up to 12 passengers, the vessels are of particular interest to private services for use as a shuttle for hotels located on the waterfront or as a quiet craft to take visitors around a nature reserve without disturbing wildlife.
While these vessels could also be used for public transport, cost remains a barrier. However, the EU's commitment to supporting the large-scale deployment of clean hydrogen technologies by 2030 should make it easier to implement Seabubbles more widely. 'In the beginning, we need the support of governments to create the overall hydrogen infrastructure,' concluded Seurat. 'Then everything will come together, and I think we will change the mobility field.'
Source and top image: European Commissions Horizon Magazine