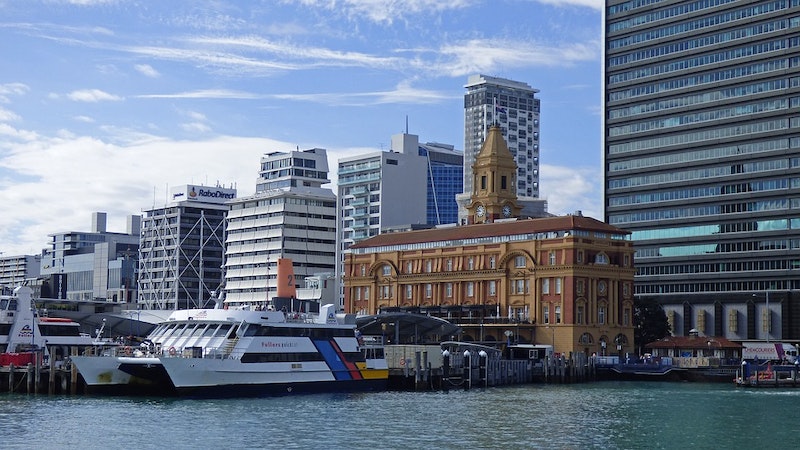 Auckland harbour ferries are set to get quieter, cleaner and greener, thanks to two new fully-electric ferries for commuters and sightseers to travel on, New Zealand Minister for Energy and Resources Dr Megan Woods has announced.
Auckland Transport will operate the two electric fast ferries across all major inner and mid-harbour services, and the new ferries will provide a pathway for further ferry electrification in the future.
"Today's ferries contribute about 20% of Auckland's public transport emissions. These electric ferries promise to dramatically reduce greenhouse gas emissions, with each electric ferry displacing approximately 1000 tonnes of carbon emissions annually. This project will be a major boost to the rapidly developing maritime clean technology sector in New Zealand and will further upskill the maritime transport sector in New Zealand. This is a boost for our climate goals and our economy, which is especially vital as we continue our economic recovery from Covid-19. This Government is committed to supporting low-emission transport options. We've invested significantly in on-road electric vehicles and have pledged to decarbonise the public transport bus fleet. Electrifying water transport is a natural next step in making public transport cleaner. I'm looking forward to boarding one of Auckland's first electric ferries once they hit the harbour," Megan Woods said.
Climate Change Minister James Shaw said that with the announcement the Government had taken another important step on the journey to a low emissions future. For further information see the IDTechEx report on Electric Leisure & Sea-going Boats and Ships 2021-2040.
"As a harbour city, getting around by ferry is the norm for many thousands of Aucklanders. Today's announcement means that instead of fossil fuels powering many of those journeys, people will be getting around in ways that help create a climate-friendly, prosperous future for New Zealand.Next month's Emissions Reduction Plan will include many more initiatives to cut emissions from transport so that more people across New Zealand have access to low carbon ways of getting around," James Shaw said.
The Auckland ferry project is a collaboration between the Government, Auckland Transport, EV Maritime and boat builders McMullen & Wing. The ferries are expected to launch in 2024.
Auckland Transport will receive a $27 million grant funding from the Government to pay approximately 75% of the costs of constructing two new electric ferries. Auckland Transport will own and operate the two electric ferries
The ferries will have propulsion and control technologies from Hamilton Jet - a leading NZ exporter and innovator in marine propulsion systems. The ferries will have a top speed of 25 knots (on par with today's diesel ferries) with a range of 40km.
Source: New Zealand Government
Top image: Pixabay