Buick Commits to All-Electric Portfolio by End of Decade 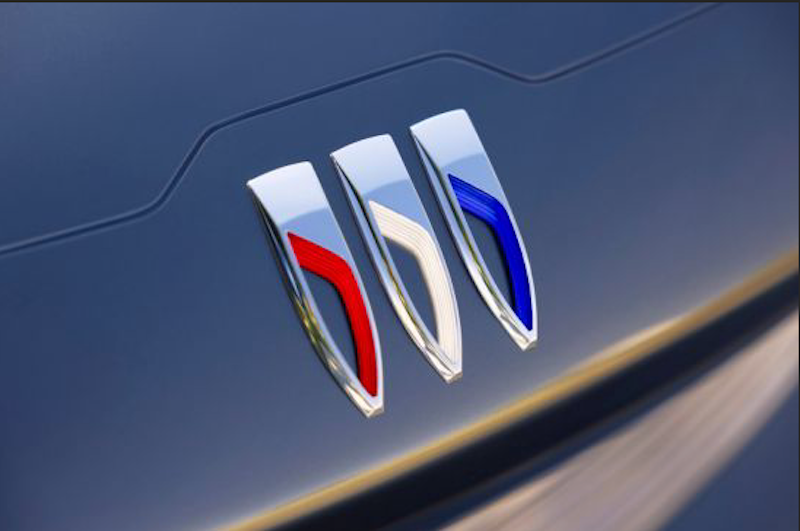 Buick is set to embark on a brand transformation that will fully electrify its lineup in North America, led by a new badge and brand identity. In support of General Motors' vision of a zero-emissions, all-electric future, Buick will bring its first electric vehicle to market for North America in 2024. Buick's future EV products will carry the Electra name, drawing inspiration from the brand's history.
"The Buick brand is committed to an all-electric future by the end of this decade," said Duncan Aldred, global vice president, Buick and GMC. "Buick's new logo, use of the Electra naming series and a new design look for our future products will transform the brand."
The new badge, which is the first significant change to the emblem since 1990, will be body-mounted onto the front fascia of Buick products starting next year. No longer a circular logo, the badge incorporates a sleek, horizontally aligned layout that builds upon Buick's recognizable tri-shield. The redesigned columns of the tri-shield, which have roots in company founder David Dunbar Buick's ancestral heraldry, incorporate fluid movements that will be found in future vehicle design. For further information see the IDTechEx report on Advanced Electric Cars 2020-2040.
The Buick Wildcat EV concept illustrates the new global brand design language that will be apparent in production vehicles going forward. The new Buick badge and design will debut on production vehicles starting next year.
In addition to the new badge, Buick's revamped brand identity will also include new typography, an updated color palette and a new marketing approach. Buick will update its physical and digital properties over the next 12 to 16 months.
The brand transformation will also include a more seamless connectivity experience, as new retail Buick vehicles in the U.S. will include three years of OnStar and Connected Services Premium Plan. Services such as remote key fob, Wi-Fi data and OnStar safety services will be included as standard equipment on the vehicle and included in the Manufacturer's Suggested Retail Price starting this month.
Last year was Buick's best sales year ever for its current lineup, with U.S. retail sales up 7.6%. This portfolio helps attract a significant number of new customers to the brand, with nearly 73% of sales coming from customers that are new to Buick.
Source and top image: Buick