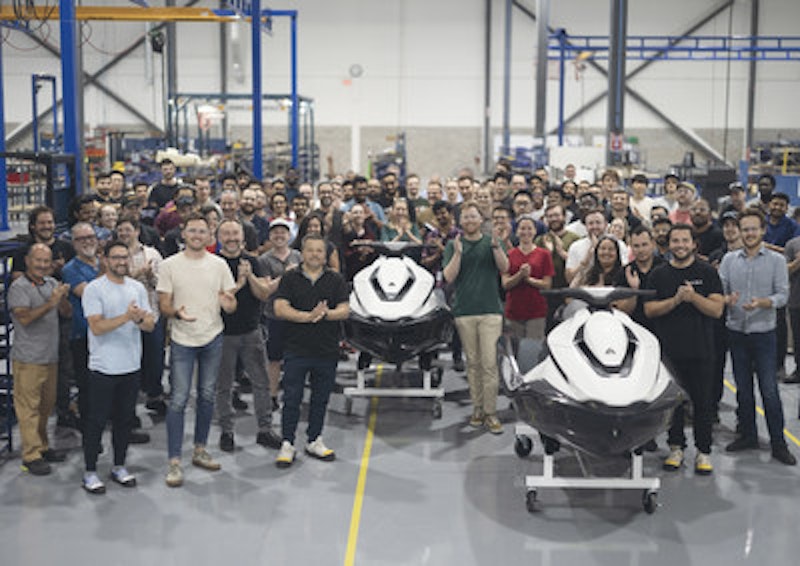 Taiga Motors Corporation, a leading electric off-road vehicle manufacturer, announced it initiated deliveries of its Orca™ personal watercraft. Taiga's 2022 Orca marks its world's first electric personal watercraft sale, as the Company continues to ramp up production, furthering its legacy of being a pioneer in the electric powersports industry.
"This is a significant moment for the Taiga team because not only are we kicking off summer with Orca deliveries, but we are proudly marking the milestone of the first-ever mass-produced electric watercraft available to consumers," said Samuel Bruneau, Taiga CEO. "Years of engineering and testing of our revolutionary electric powertrain platform in snow and water has now come full circle, truly changing how people connect with the outdoors."
Taiga developed the world's first performance-focused, commercial electric off-road powertrain pioneering cutting-edge technology to electrify the off-road segment. First installed into its snowmobiles, then adapted and fine-tuned for the Orca personal watercraft. Orca quietly powers through water with up to 120kW and peak torque from zero RPM. Orca delivers reliable, linear power for precise performance, and ultimate thrills of gliding through the water. For further information see the IDTechEx report on Electric Leisure & Sea-going Boats and Ships 2021-2040.
Orca redefines the personal watercraft experience with silent operation, powerful efficiency, no engine maintenance and intelligent connectivity. The Orca Carbon model features a unique carbon fiber composite hull hydrodynamically engineered for dynamic handling with leading power-to-weight ratio and stunning customizable color/finish combinations.
Taiga's deliveries of the Orca personal watercraft are another achievement in its ongoing mission to electrify the off-road segment, the most challenging and demanding vehicle category. Taiga initiated North American deliveries of its Nomad snowmobile in March, made its European debut in April, and supplied units to Québec's Parks and Wildlife Reserve Agency, Sépaq in May. Taiga was also recently named Fast Company's 2022 Best World Changing Idea Overall in North America.
The Honourable François-Philippe Champagne, minister of Innovation, Science and Industry Canada congratulates Taiga for this achievement: "Our government has always been a champion for a greener economy. This's why, last year, we recognized the leading role Taiga is playing in the electrified powersports industry, and stepped up to support the manufacturing of their electric vehicles. I'm very pleased to see this Canadian company beginning deliveries of their first-ever electric personal watercraft. We will continue to support Canadian businesses that are on the cutting-edge of green innovation - it's good for the economy, the environment, and Canadians."
Pierre Fitzgibbon, Minister of Economy and Innovation for Quebec says: "Taiga is focusing on innovation by allowing users to practice their favourite activity without polluting with this new electric watercraft. For 100 years now, we have been innovating in Quebec by creating off-road vehicles. I am proud that we continue in this direction today with their electrification."
About Taiga
Taiga is a Canadian company reinventing the powersports landscape with breakthrough electric off-road vehicles. Through a clean-sheet engineering approach, Taiga has pushed the frontiers of electric technology to achieve extreme power-to-weight ratios and thermal specifications required to outperform comparable high-performance combustion powersports vehicles. The first models released include a lineup of electric snowmobiles and personal watercraft to deliver on a rapidly growing demand from recreational and commercial customers who are seeking better ways to explore the great outdoors without compromise. For more information, visit https://www.taigamotors.com.
Source and top image: Taiga Motors Corporation