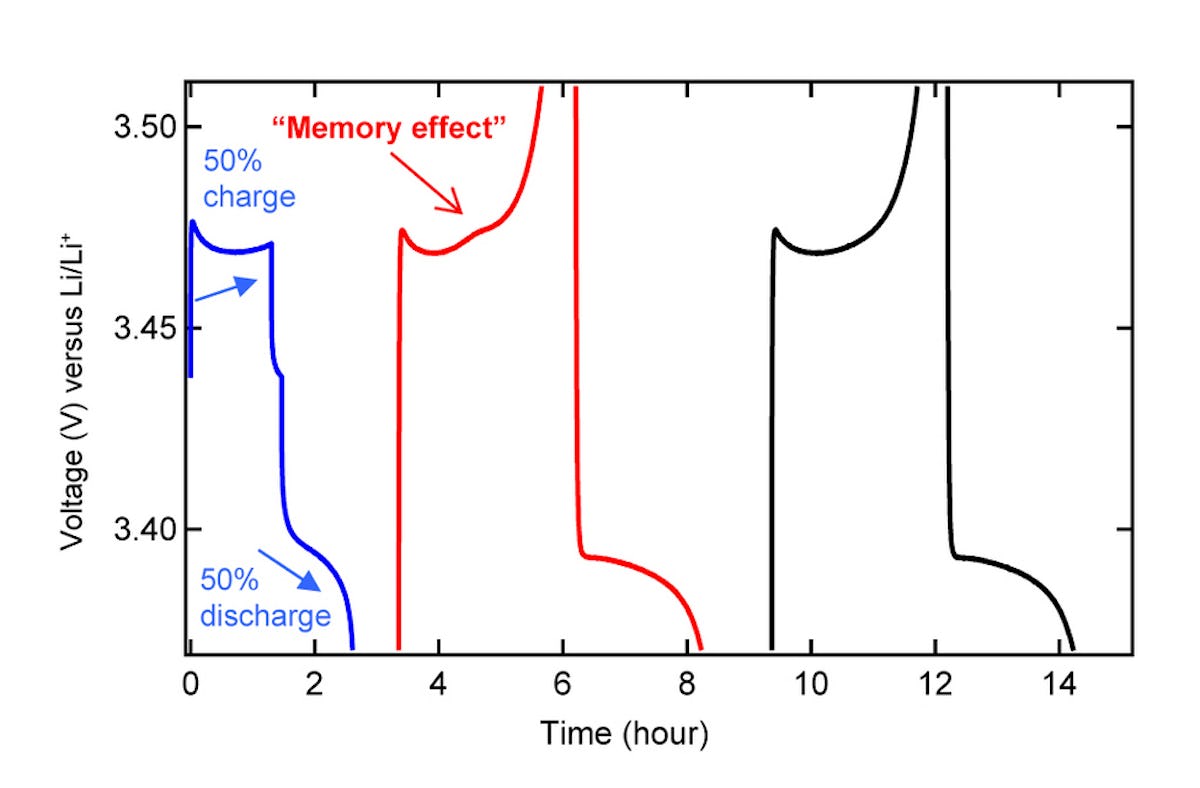 How the memory effect arises: The "memory" effect of the battery is "written" in a cycle with partial charging (here, 50 percent of the battery's storage capacity) followed by complete discharge. In the subsequent cycle, the memory effect is evident through an overvoltage (small "bump") at precisely the same point at which the partial charging cycle terminates. On the extreme right, the normal voltage curve is shown for comparison. Source: Nature Publishing Group 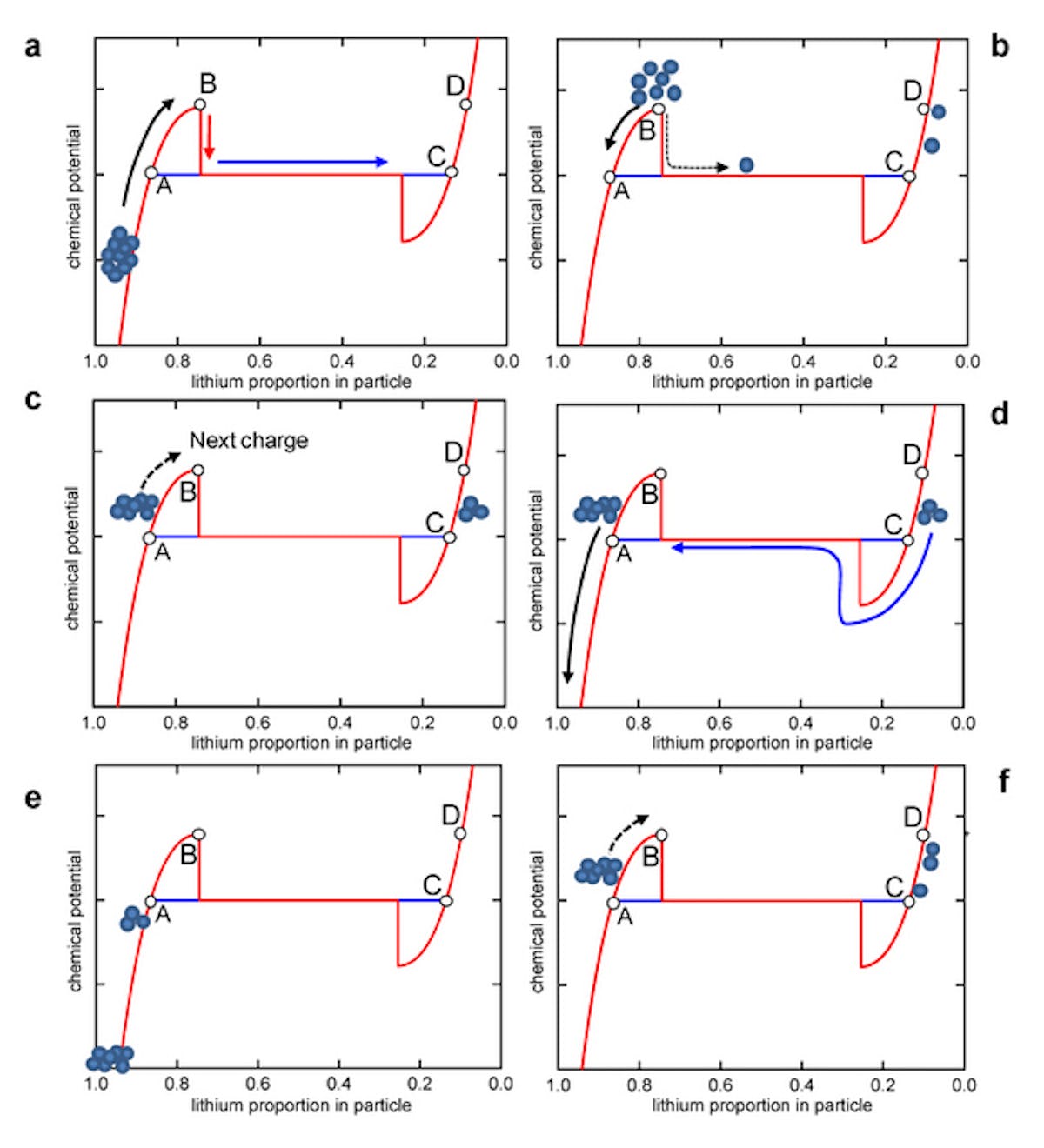 The microscopic mechanism underlying the memory effect according to the "Many Particles Model". The chemical potential of the particles rises steadily at first, as the particles give off lithium ions (Fig. b). Once they have reached Point B (chemical potential barrier), the particles give up the remaining lithium ions and are then charged completely (Fig. c). The particles pass over the barrier, one after the other, but not all at the same time. After partial charging, some particles return to the front of the barrier (Fig. d). These particles then "slide down the slope", so that thermodynamic equilibrium is restored. Now, a division of particles into lithium-rich and lithium-poor is established. This separation persists, even after the battery has been completely discharged (Fig. e and f). During the next charging cycle, this group of lithium-poor particles will cross the barrier. Additional work needs to be performed to take the second, "delayed" group of lithium-poor particles across the barrier. This expresses itself as an overvoltage, which is the indicator of a memory effect. Picture: Nature Publishing Group
For more read Analysis of 138 Lithium-based Rechargeable Battery Manufacturers: Chemistry, Strategy, Success.
Top image: Professor Petr Novak, Head of the Electrochemical Energy Storage Section, and co-author of this study. Source: Scanderbeg Sauer Photography