No more leakage of explosive electrolytes in batteries 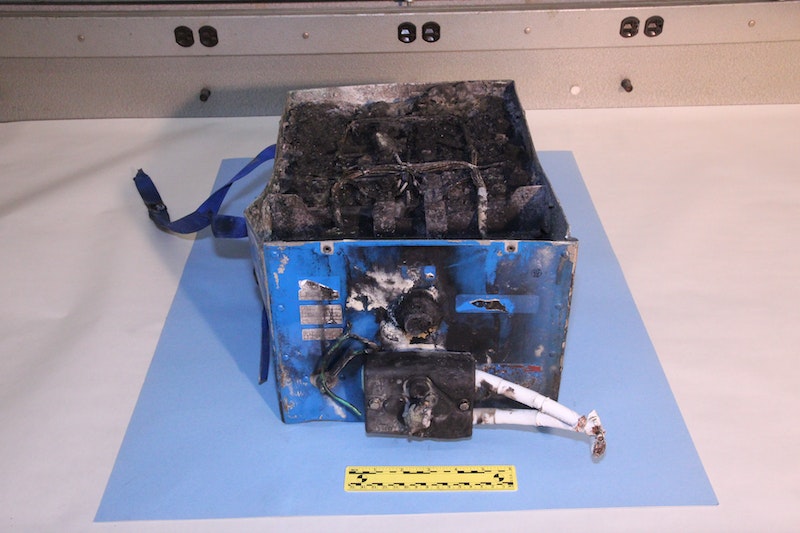 A research team at Ulsan National Institute of Science and Technology (UNIST), S. Korea, found a new physical organogel electrolyte with two unique characteristics: an irreversible thermal gelation and a high value of the Li+ transference number ("A physical organogel electrolyte: characterized by in situ thermo-irreversible gelation and single-ion-predominent conduction"). A Recent fire on a Boeing 787 on the ground in Boston, US, was caused by a battery failure, it resulted in the release of flammable electrolytes, heat damage and smoke. If they had used a safer electrolyte, the risk would have been reduced. Electrolytes are essential components of supercapacitors, batteries and fuel cells. The Most widely used electrolyte is a liquid type since its overall ionic conductivity and value of transference numbers are better than solid-type electrolytes. However, safety concerns caused by its leakage and explosive nature, caused an extensive call for the research on the development of solid-type electrolyte.

This is an image of the elastic behaviour of a cylindrical monolith of the gel electrolyte based on 2 wt. % PVA-CN in 1 M LiPF6 in 1:2 (vol.) EC:EMC as the base liquid electrolyte.
The development of solid-type electrolytes, safe from explosion caused by high temperature and overcharge, is urgently needed to replace the liquid electrolytes. The solid electrolyte enables batteries to be safer as well as the use of higher energy electrode materials.
The most important parameter of electrolytes used in electrochemical cells is ionic conductivity. The use of solid-state electrolytes has been limited due to low ionic conductivity caused by their immobile matrix regardless of their own merits such as no leak, non-volatility, mechanical strength and processing flexibility.
Another parameter we should consider is transference of the number of ions. Electrolytes are characterized by their ionic conductivity, It is desirable that overall ionic results from the dominant contribution of the ions of interest. However high values of the cationic transference number achieved by solid or gel electrolytes have resulted in low ionic conductivity leading to inferior cell performances.
The research team of Profs. Hyun-Kon Song and Noejung Park of UNIST, presented an organogel polymer electrolyte characterized by a high liquid-electrolyte-level ionic conductivity with high a cationic transference number for Lithium ion batteries (LIB).
The research team acquired the two required properties simultaneously in polymer gel electrolytes: a liquid-electrolyte-level conductivity with a high transference number. Cyanoethly polyvinyle alchohol (PVA-CN) played a key role in the highly conductive gel electrolyte while another cyano resin, Cyanoethlyle pullulan (Pullulan-CN), was used as a control representing a liquid electrolyte containing cyano chains. The PVA-CN-containing liquid electrolyte was thermally gelated even without any chemical crosslinkers or polymerizations initiators.
Hyun-Kon Song and Noejung Park, both, professors of the Interdisciplinary School of Green Energy, UNIST, South Korea, led the effort. Fellow authors include: Young-Soo Kim, Yoon-Gyo Cho, and Dori Odkhuu from UNIST.
"We believe that this new type of electrolyte gel provides us with design flexibility in devices as well as enhanced safety and stability to electro-chemical devices," said Prof. Song.
For more read Analysis of 138 Lithium-based Rechargeable Battery Manufacturers: Chemistry, Strategy, Success.
Source: Ulsan National Institute of Science and Technology(UNIST)