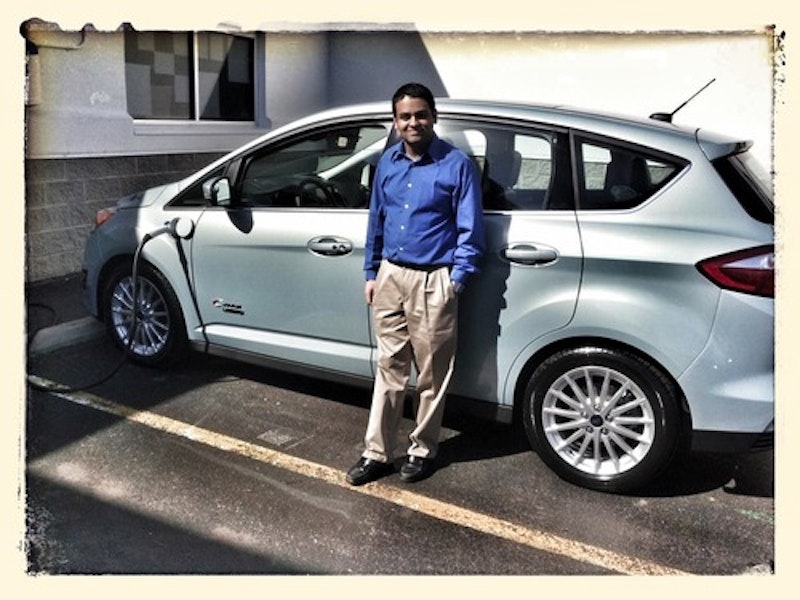 'Tis the season when shoppers flock to online deal sites and use their price comparison software to hunt for the best bargains. They are not alone. Shipping companies could soon start using similar algorithms to cheaply and efficiently charge their electric trucks to get those same orders delivered.
A recent pilot project in New York City looked for an intelligent way to charge large numbers of electric delivery trucks at the lowest cost without straining the local grid and infrastructure. "The price and demand for electricity goes up and down, and our software is using diverse streams of data to help to fill the valleys and smooth the peaks," says Jigar Shah, a controls engineer at GE Global Research who contributed to the system's architecture, design and algorithms.
The project was funded by GE's ecomagination program. It included Shah's colleagues from GE Global Research, as well as scientists and engineers from the Columbia University Center for Computational Learning Systems, ConEdison and FedEx.
Switching trucks from diesel to electricity seems like a no-brainer. The Environmental Protection Agency estimates that transportation accounts for 28 percent of U.S. greenhouse gas emissions, and despite the recent drop in oil prices, fossil fuels remain pricey. GE estimates that driving an electric truck costs nearly 70 percent less per mile than burning diesel.
But charge it at the wrong time, near peak load, and those savings could quickly vanish. Plug in a lot of EVs in the same garage at the same time, and your infrastructure will start to groan. Sure, you can beef up your garage's wiring and electrical systems with expensive upgrades. But you can also learn from data and get smarter with software.
The partners took the latter road. Their system combines elements of machine learning and artificial intelligence, and helps users figure how much electricity their EVs need and where and how fast they can get it without becoming stranded.
The system learns from huge amounts of data about electricity use such as grid load for the previous day and week, seasonal data about the time of the year and holidays. It also ingests information about environmental factors like temperature, humidity and dew point. "You need to know all of this and more to correctly predict how much electricity your fleet will need," Shah says. "Just look at the weather. I drive a plug-in hybrid and I run through my charge in the winter much faster than when it's warm and dry."
The data is processed in Columbia's machine learning system and then travels to a series of GE software modules such as the EV profile builder and the power profile optimizer. They estimate the amounts of electricity available and needed to power the fleet now, but also in the near future.
The software checks the system every five minutes and can slow down or speed up charging, depending on current demand. "Our algorithms figure out the optimum peak power at which charging is allowed," Shah says. "This minimizes the costly demand charges passed on by the utility."
Shah says that without the system, a fleet of 12 or more electric trucks could start seeing its savings dwindle. But the new technology can preserve that 70 percent reduction in fuel costs up to 56 vehicles. The number could go even higher with more data coming in from the vehicles.
GE calculated that the system could save a fleet of 100 electric trucks $11,500 per month in electricity charges. "That's on top of normal fuel and maintenance savings," Shah says.
GE Global Research has already deployed a scaled-down version of the system around its headquarters in Niskayuna, N.Y. Shah and his colleagues are now working on a version that is more scalable and stores the data in the cloud. "You don't need to install as much hardware at the customer location," Shah says. "Anybody with fleet of EVs could use this."
Source: GE
Top image of Jigar Shah and his plug-in hybrid source: Jigar Shah
For more see Electric Vehicle Forecasts, Trends and Opportunities 2015-2025.
and attend Electric Vehicles: Everything is Changing 28-29 April 2015 in Berlin, Germany
Learn more at the next leading event on the topic: Electric Vehicle Materials Europe 2020