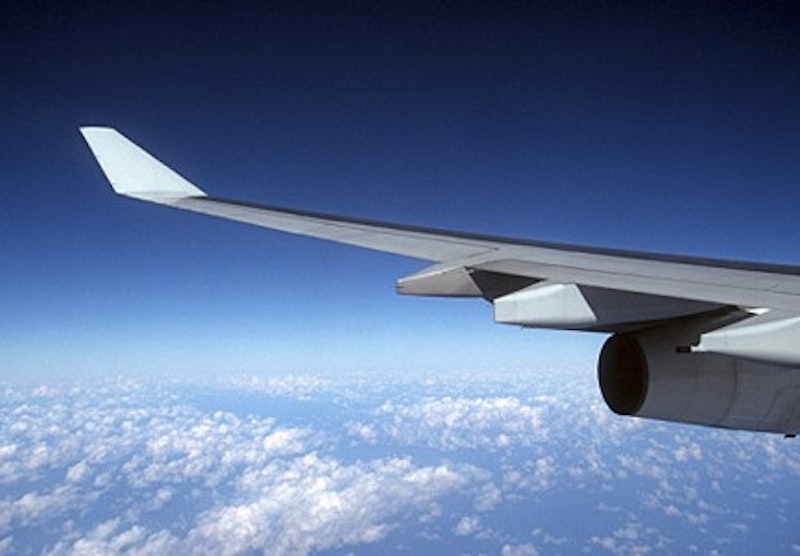 A national team of experts, led by a Case Western Reserve University researcher, has received a multi-million-dollar grant to bring unrivaled qualities found in one- and two-dimensional nanomaterials into three dimensions. The scientists' goal is to produce new materials for a host of uses, ranging from high-efficiency batteries, ultracapacitors, fuel cells and hydrogen storage devices to lightweight thermal coatings for hypersonic jets, multifunctional materials for aerospace, and more.
The team, from five universities, two government research institutes and a private company, has been awarded a Department of Defense Multidisciplinary University Research Initiative grant totaling more than $7 million over five years.The grant comes through the Air Force Office of Scientific Research. There, Joycelyn Harrison is the program manager, Ajit Roy from the Air Force Research Laboratory leads the technical advisory board.
Recent theoretical studies and computer modeling, carried out by Roy and co-workers at Wright-Patterson Air Force Base and others elsewhere, have predicted great promise for three-dimensional (3D) pillared carbon nanomaterials, but so far, no one has been able to make them with controlled and repeatable junction properties of this 3-D nanomaterials, said Liming Dai, the Kent Hale Smith professor of macromolecular science and engineering at Case Western Reserve. Dai is also director of the Center of Advanced Science and Engineering for Carbon (CASE4Carbon), and principal investigator on the grant. "This requires a multi-university effort," he said.
Dai's Center in the Department of Macromolecular Science and Engineering, The Great Lake Energy Institute, and The Institute of Advanced Materials, Case School of Engineering, at Case Western Reserve will develop technology needed to build carbon nanotubes and graphene sheets into nanoporous frameworks that would produce strong electrical and thermal conductivity and other properties in three dimensions.
His team plans to build 3D networks of alternating layers of carbon nanotubes, which are single rolled molecules that conduct strongly but only in one direction, and graphene, which is a one-atom-thick sheet of carbon and highly conductive in two directions along the plane of the sheet.
Timothy Fisher and Xiulin Ruan, professors of mechanical engineering at Purdue University, will conduct experimental studies and develop predictive models of thermally conductive nanomaterials, and they will also develop methods of creating and characterizing 3D nanoporous materials.
Nanoporous materials made of boron-carbon-nitrogen nanotubes and/or nanosheets are far less orderly than the frameworks above and would perform better at high temperatures - such as on the leading wing edge of a jet flying better than five times the speed of sound - and in such applications as thermal dissipation, mechanical and sound damping.
"Both kinds of structures are porous - the density is very low - which is good for aerospace applications," Dai said. "They have huge surface area compared to volume, which is good for energy storage."
Zhenhai Xia, a professor of materials science and engineering at North Texas University, will guide development through extensive multi-scale computer modeling.
Also from Case Western Reserve, Chung-Chiun Liu, the Wallace R. Persons professor of chemical engineering, will characterize the electrochemical properties of the materials and Vikas Prakash, a professor of mechanical and aerospace engineering, will characterize mechanical properties and thermal and electrical transport in these nanostructures. He will also explore the use of mechanical strain in tuning electrical and thermal transport in these materials. Once the basic materials are made, others will hybridize them for custom uses. The material can be used for charge storage in capacitors and batteries or the large surface could enable storage of hydrogen.
Zhong Lin Wang, the Hightower Chair and Regents' professor of materials science and engineering at Georgia Institute of Technology and pioneer in piezoelectronics and nanogenerators, will integrate zinc oxide components to produce and characterize structure and property changes triggered by exposure to certain wavelengths of light, mechanical or other stimuli.
Quan Li, Director of Organic Synthesis and Advanced Materials Laboratory at the Liquid Crystal Institute and an adjunct professor in the Chemical Physics Interdisciplinary Program at Kent State University, will tap his lab's expertise in liquid crystals to develop multi-functional capabilities.
Researchers from Wright Patterson Air Force Base, Pacific Northwest National Laboratory and GrafTech Inc., a private company in Cleveland, will also contribute to the effort.
Source: Case Western Reserve University
Top image: Private Jets Charter