In this second article on the iVT Electric and Hybrid Industrial Vehicle Technology Symposium November 9-10 in Cologne Germany, we look at powertrains and components being favoured. Because of the large power surges in and out with many of these vehicles, you more often saw supercapacitors compared to on-road vehicles and hybrids remain the preferred option by far.
Some targets for hybrid powertrains 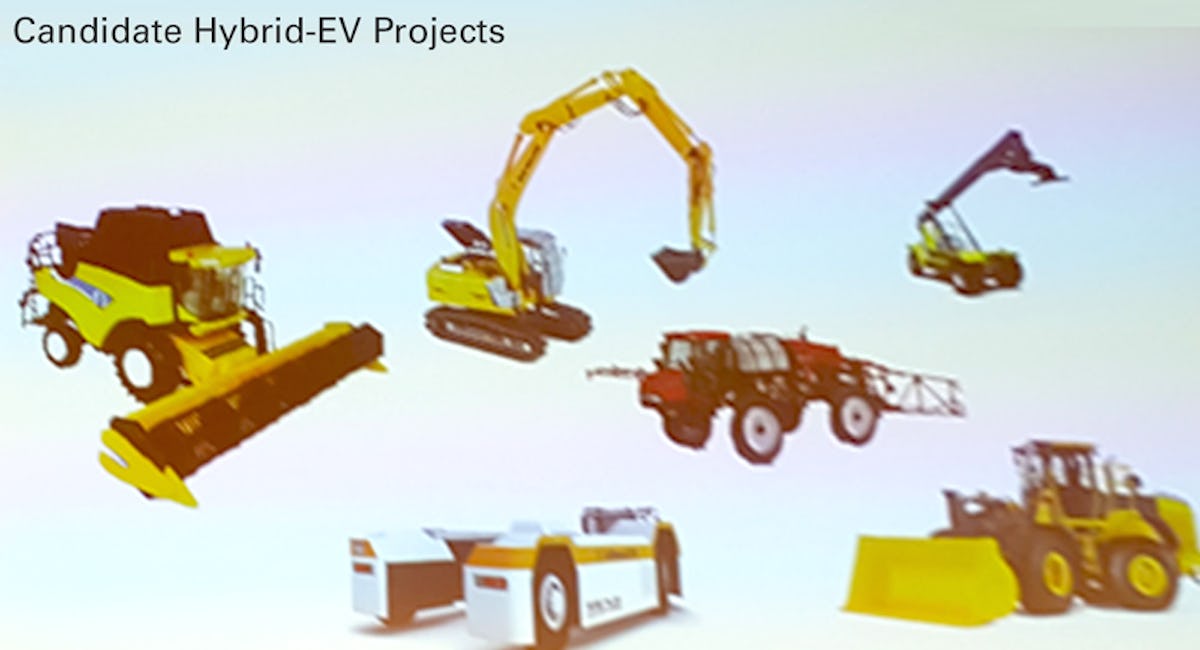 With motors you saw everything still - synchronous reluctance, permanent magnet synchronous, asynchronous. Near-wheel and in-wheel gain considerable attention though adoption is slow. We were told that extremely thin axial flux motors from YASA motors, preferably at the lower revs like 8500 rpm, have a place with excellent power density, potentially over 10 kW/kg compared with Siemens claiming the world record at 5kW/kg for their electric aircraft motor. However, radial flux have almost all the market at present.
Oerlikon view of key components including supercapacitors 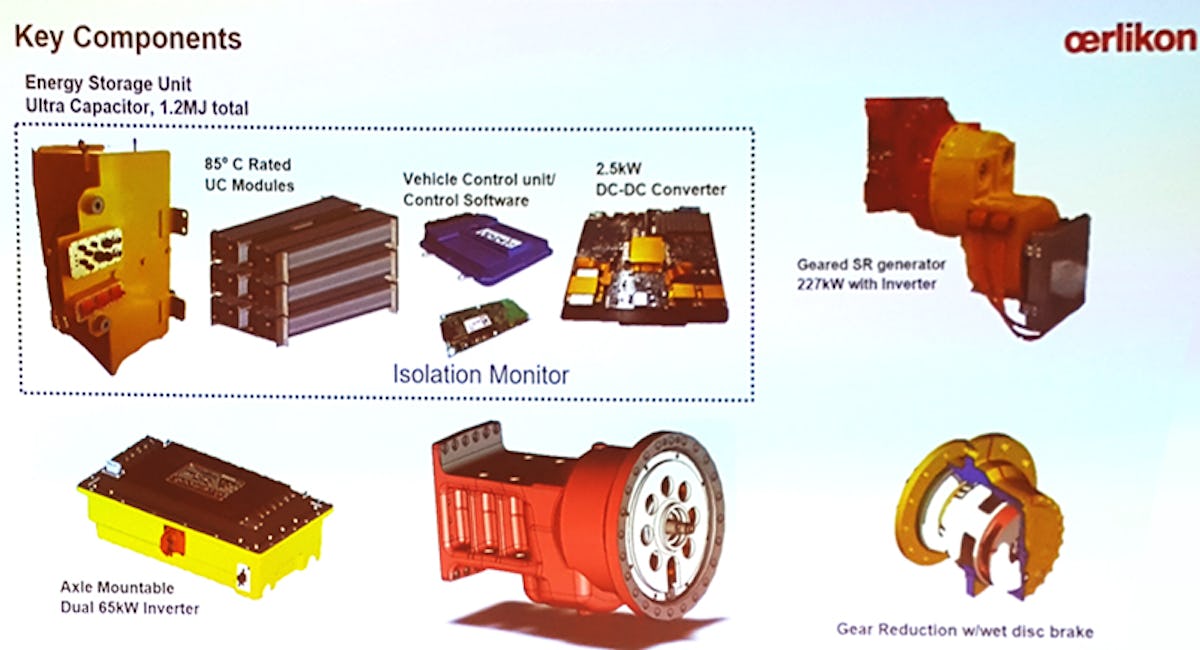 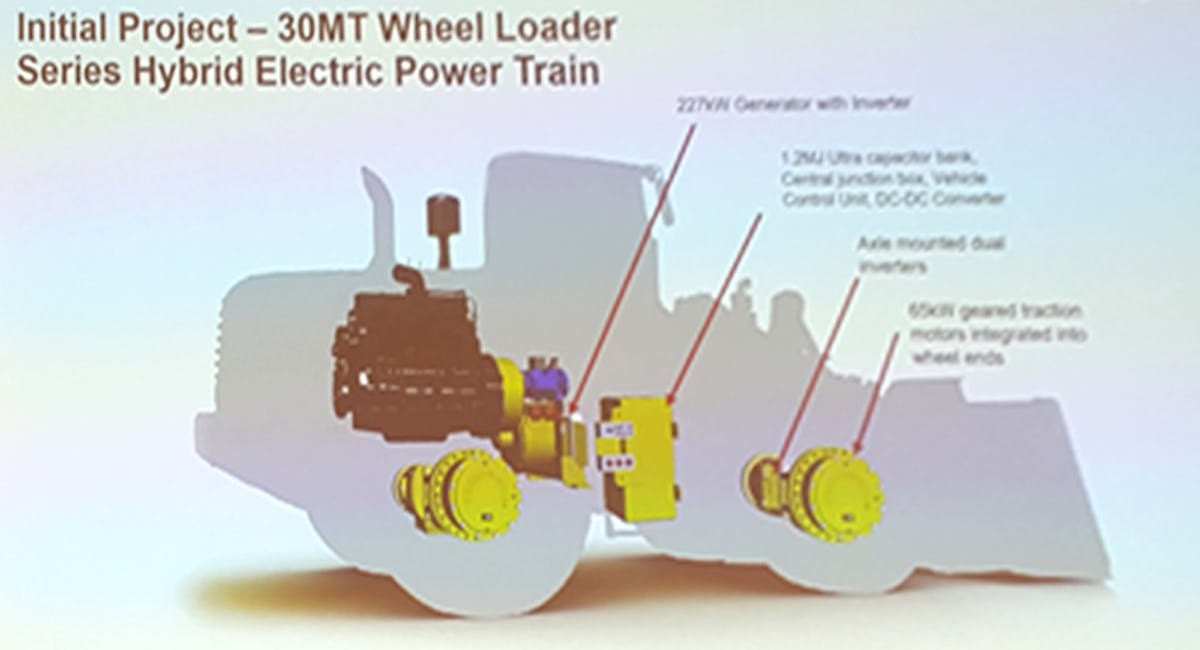 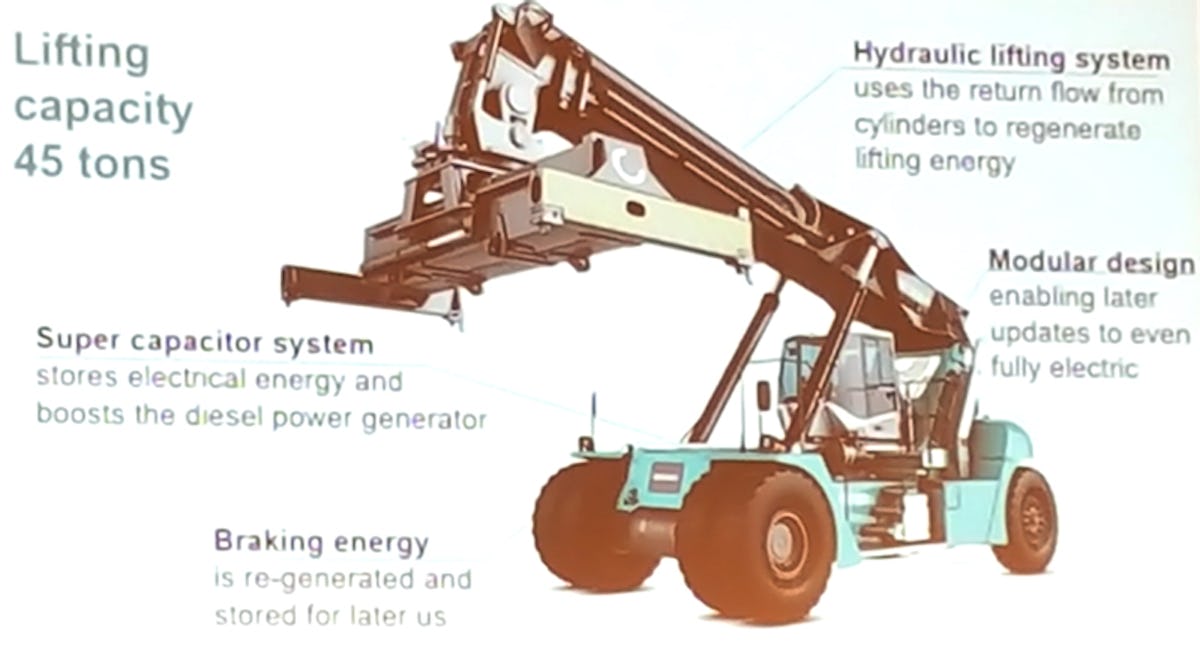 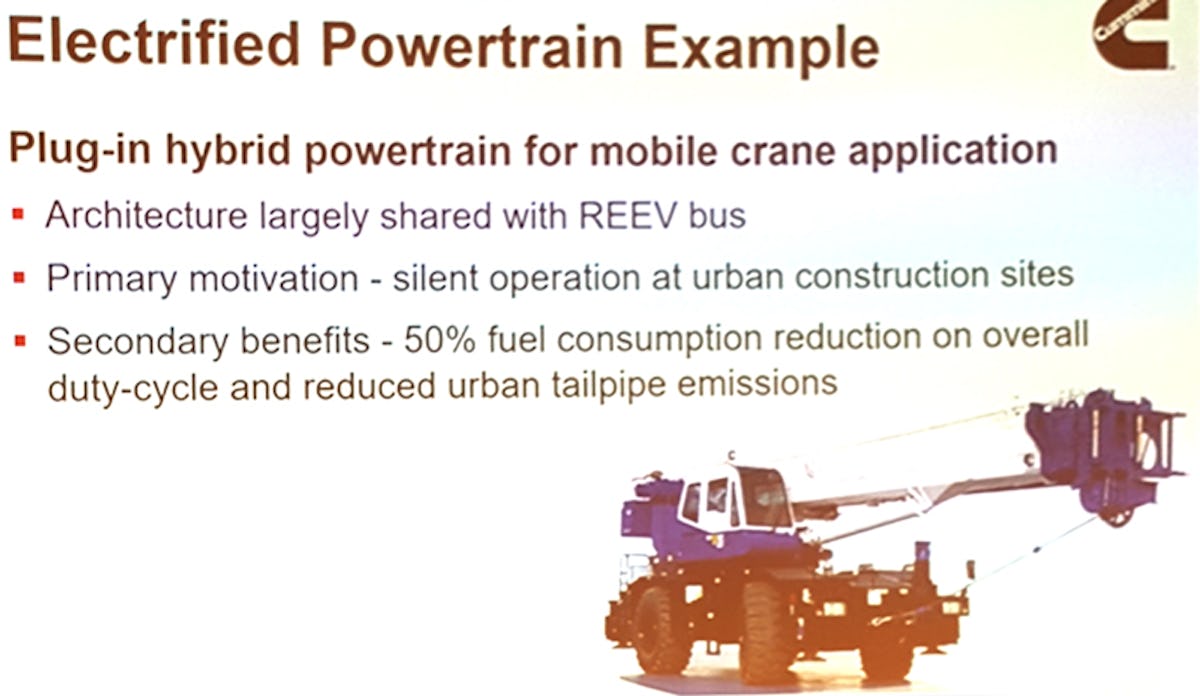 User needs and benefits
Fuel efficiency was very much to the fore in industrial user needs plus higher torque, more power in construction, agriculture and heavy trucks. Idling can be extensive - much more than with on-road vehicles - so smooth stop-start instead of idling and economical idling are of interest. Obviously emission laws were becoming of concern too. 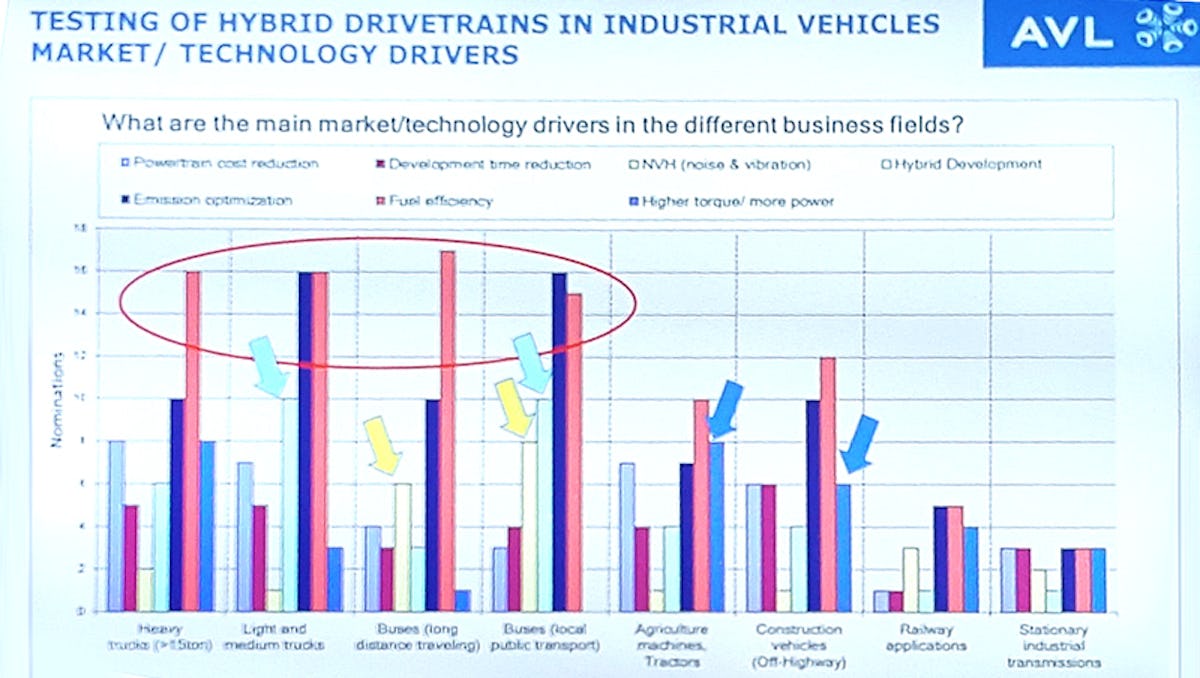 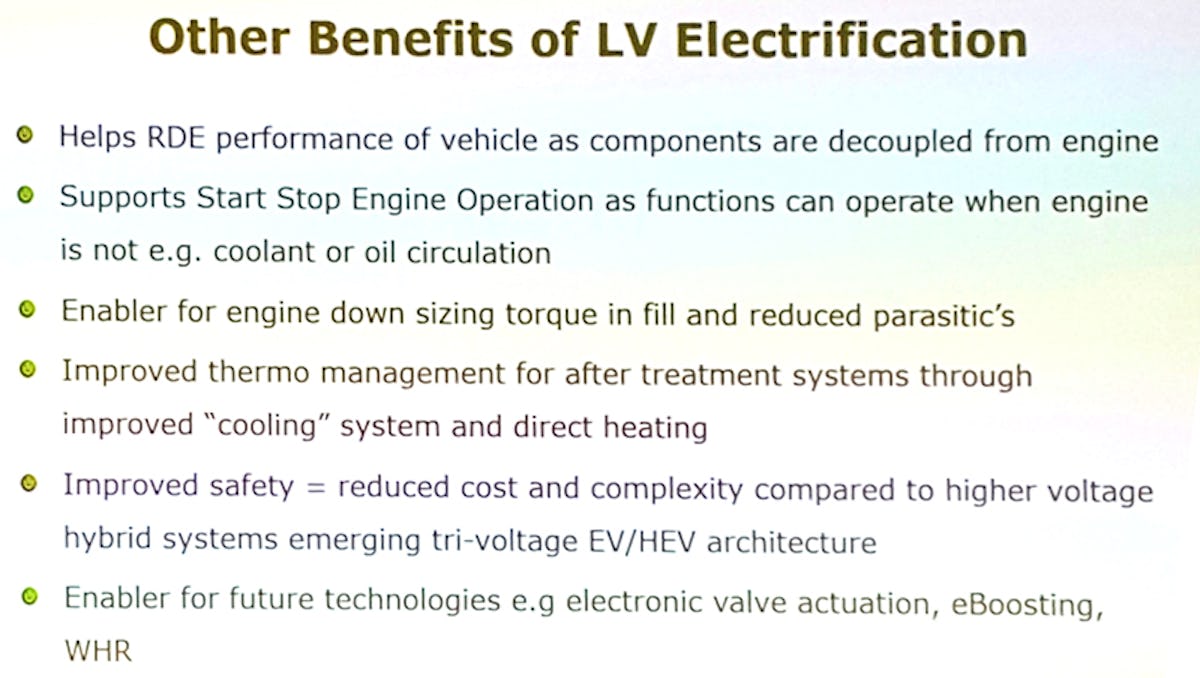 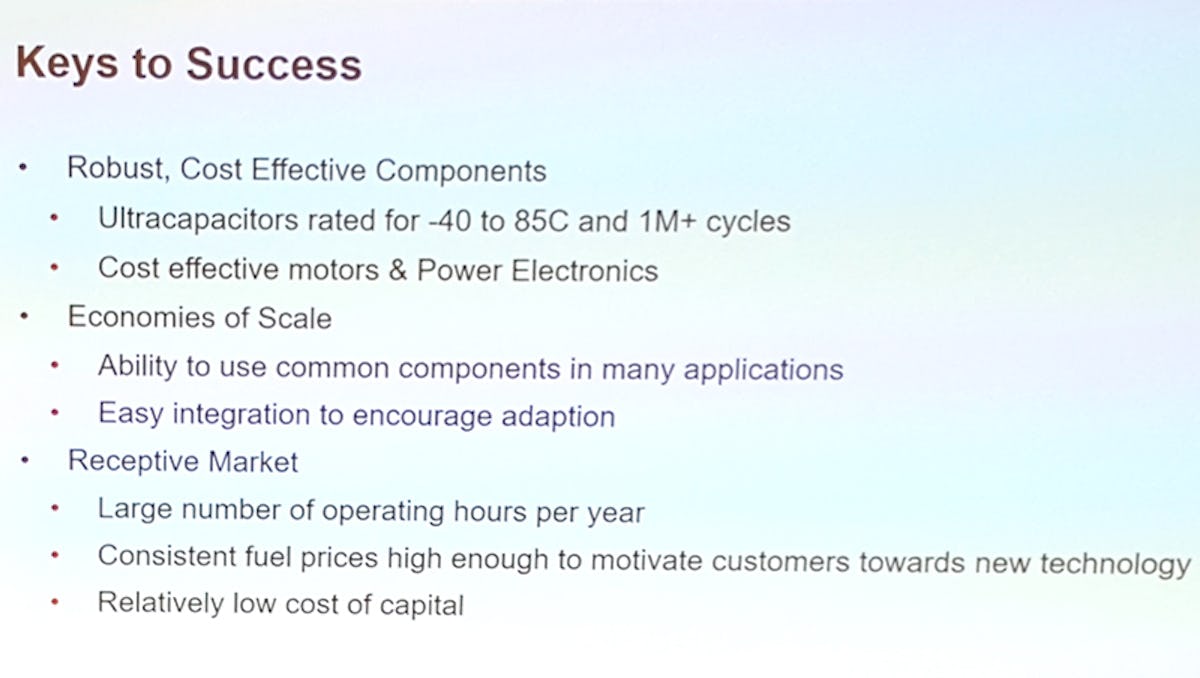 Market forecasts
IDTechEx and AVL gave forecasts that were not comparable in basis, more detailed figures being in the IDTechEx reports. However, both analysts saw 48V mild hybrids as becoming a major part of the industrial and commercial business and this was borne out by many speakers covering such projects.
AVL forecast for industrial and commercial electric, mild hybrid and conventional vehicles apparently including rental cars 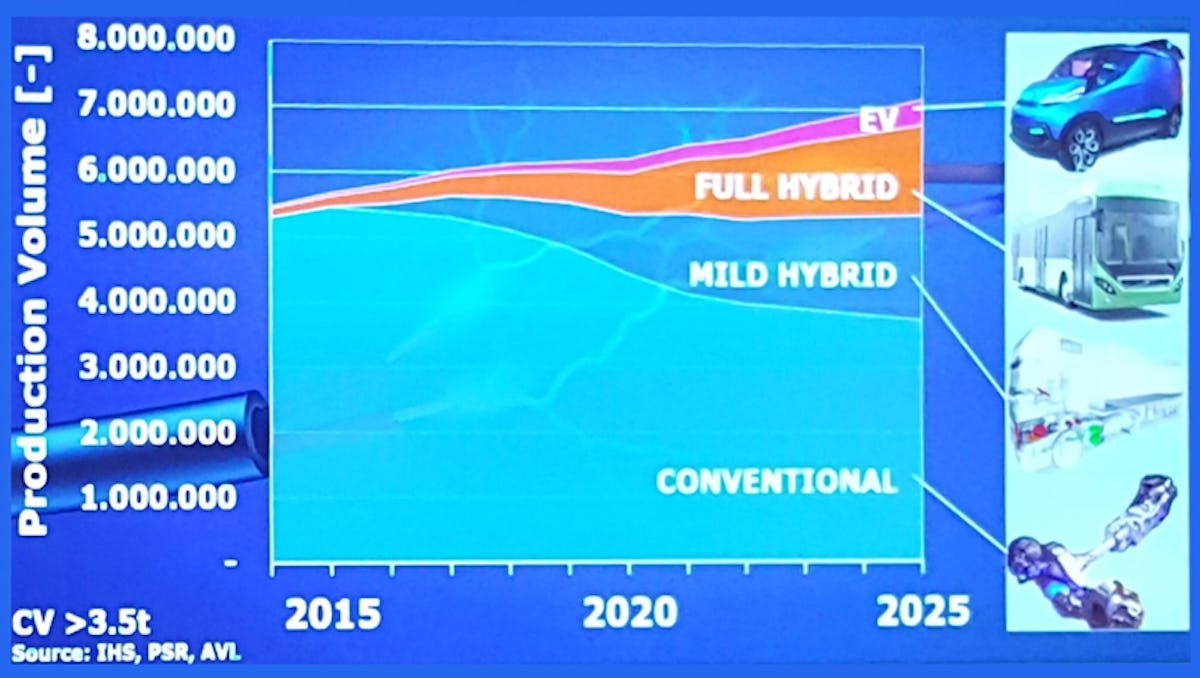