Monsanto case reaffirms that robotics is the future of agrochemicals 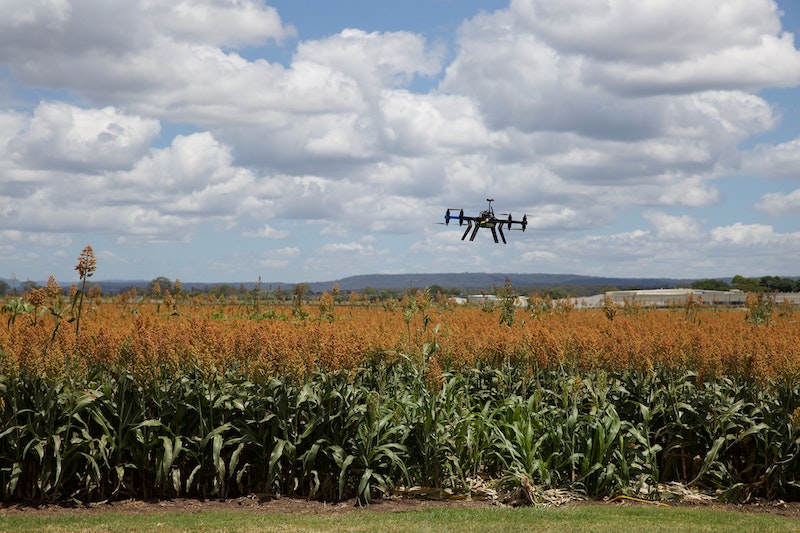 Last week a US court held Monsanto's glyphosate responsible for causing cancer in a ground keeper, awarding $289M of damages. This is a critical verdict in that it demonstrates that glyphosate - as one of the most popular non-selective herbicides worldwide- is on shaky ground. Indeed, for some time now, this agrochemical has managed only to just about retain its legal permits in the face of mounting concern over its toxicity. This verdict, even if subject to appeal, will have surely sounded the alarm bells in the board rooms of agrochemical companies worldwide.
You might wonder what the link between this verdict and agricultural robotics is? The answer is everything. In a previous article authored two years ago, I had argued that agricultural robots are the long-term future of the agrochemical business. This verdict only serves to reinforce this argument, demonstrating that agrochemical businesses need to urgently start reinventing themselves as being in the business of controlling weeds, and not just agrochemical supplies. Inevitably, robots, AI, and smart agricultural tools will come to form a major part of a weed control (not chemical) focused business.
To learn more, see the IDTechEx Research report Agricultural Robots and Drones 2018-2038: Technologies, Markets and Players. It analyses how robotic market and technology developments will change the business of agriculture, enabling ultra-precision and/or autonomous farming and helping address key global challenges. It also develops a detailed roadmap of how robotic technology will become the future of agrochemicals business and how it will modify the way we design agricultural machinery.
Precision agriculture has been around for decades. From its early days, this approach has sought to utilize imaging techniques to enable precision identification and thus precision action taking. However, at the time, the cost of data acquisition (via sensors and cameras) and processing was prohibitively high, both in time and money terms, to warrant any commercial implementation.
That has now all changed thanks to developments in other industries such as consumer electronics. Indeed, for several years now, companies have demonstrated robotics equipped with deep learning based advance vison technologies that can rapidly distinguish between crops and weeds and to rapidly take site specific action to eliminate the weed. One such example was Blue River Technologies which was acquired by John Deere in 2017 for $305M. Interestingly, Blue River Technologies counted amongst its investors some of the world's largest agrochemical makers including Monsanto!
This approach is radically different from the glyphosate-based approach in which the non-selective herbicide kills everything apart from the genetically engineered seeds. This action is site- or even potentially plant- specific, requiring the use of customized weed control action which could be a precision sprayed selective speciality chemical. This technology also lays the foundation for doing more than just weed control, e.g., it can evolve to site specific fertilizer and nutrient deposition technique.
This technique is only set to improve. The algorithms will certainly get better with practice or more real data. The cost of data acquisition, management, and analysis will only further fall. And the fleets of unmanned small robots will increasingly become sufficiently productive to compete with large manned agricultural vehicles. All these technologies have significant upside potential whereas the existing technologies has long matured, making only small incremental gains.
So what will all of this mean for the agrochemical business? We believe that agrochemicals companies have no choice but to become intricately involved with robotics and AI. These two technologies will shape the future of their business. The advent of precision see-and-spray technologies will drastically impact on the volume and type of the chemicals employed, potentially transforming the business from one in which they sell bulk non-selective chemicals towards one in which they sell many specialized selective chemicals tailored to various plants. Furthermore, the value chain will become more digitized with data and intelligence capturing a more significant part of the overall value. This will inevitably enable new data-based farm management techniques in which agrochemicals are used differently than today.
This self-reinvention by agrochemical companies needs to start soon. It will not be as easy or an overnight transition. It requires that agrochemical companies build up new skillsets and establish new technologies and business models. It will also somewhat blur the boundaries between tool making and chemical suppliers as the two become intractably intertwined.
It might that incumbent companies become tempted to not act since today their current practise remains more productive and lower cost than emerging alternative technologies including robotic based solutions. But such companies forget the direction of technological travel at their own peril. Agricultural robotics will shape the long-term future of agrochemical business. This long-term future however may be upon us sooner if similar court cases put legal restrains on the current technology, raising its risk and costs, and if herbicide-resistant weeds continue their rapid march across areas in which such chemicals are heavily used.
To learn more read the IDTechEx Research report Agricultural Robots and Drones 2018-2038: Technologies, Markets and Players. It offers a detailed analysis of the short-, medium- and long-term future of agricultural robots and drones. This report includes our most plausible forecasts based on our technology roadmaps, suggesting that the market will plausibly grow to $35Bn by 2038. It provides coverage of the key global trends, main players, and critical enabling technologies that will shape the future of this technology.
Learn more at the next leading event on the topic: Electric Vehicle Materials Europe 2020