Electric Vehicles: A Look Back at 2019

Few of the giant car makers have shown urgency in transitioning away from the internal combustion engine. What's more, the automotive market is set to decline once again in 2019 whilst electrifying newcomers made huge gains in front of sleeping incumbents' noses. Although a large fraction of this is orders (not deliveries), if OEMs do not wake up now, they never will.

Fuel cells are losing the battle in most mobility segments

It is clear to IDTechEx that fuel cells have few opportunities in light and medium-duty mobility segments, and 2019 cements this. The main problem fuel cells face competing with batteries is additional and highly inefficient energy-conversion steps: first converting water to H2 with electricity, and then the fuel cell itself is roughly 60% efficient when converting H2 back to electricity and water for the vehicle (large heat losses). As a result, fuel cells need an abundance of renewable energy to operate cleanly, which in itself will be a challenge.
Moreover, fuel cell vehicles still need a sizable battery for high-power and energy harvesting; they have moving parts (= maintenance); hydrogen charging infrastructure costs many multiples that of a fast charger; they rely on expensive raw materials; there is no roadmap to economies of scale, and so on.
Three new nails were placed in the coffin of fuel cell vehicles in 2019:
It is confusing, then, that Toyota has prioritised fuelled vehicles in the form of fuel cell and hybrid versions, mainly with cars.
To avoid being Scrooge this Christmas, fuel cells have had some positives this year: Hyundai announced a fuel cell truck, and Nikola announced impressive partnerships along with 14,000 pre-orders. However, the positives generally reflect the wider trend that fuel cells are only competitive in long-haul heavy-duty segments. And this is just for now -- even here there will be tough competition with batteries (Tesla Semi).

Newcomers made the running in what matters

In 2019, newcomers made most of the running with pure electric vehicles that are rapidly becoming the only show in town. Tesla stormed ahead in a declining car market, underpinning growth in the US and Europe by selling vehicles the giants still do not offer (see chart).
Indeed, VW Group executives admitted they lack the skills as yet (and admitted that Tesla is no longer at risk financially). Elon Musk pointed out that the Audi e-tron and Mercedes equivalent in 2019 turned out to be copies of six-year-old Teslas. He was being kind. With no attempt at Tesla streamlining, their inferior drag factor and lack of the latest Tesla motor efficiency led to inferior range, with sales to prove it. Range sells cars. Long range pure electric cars have three times the resale value. 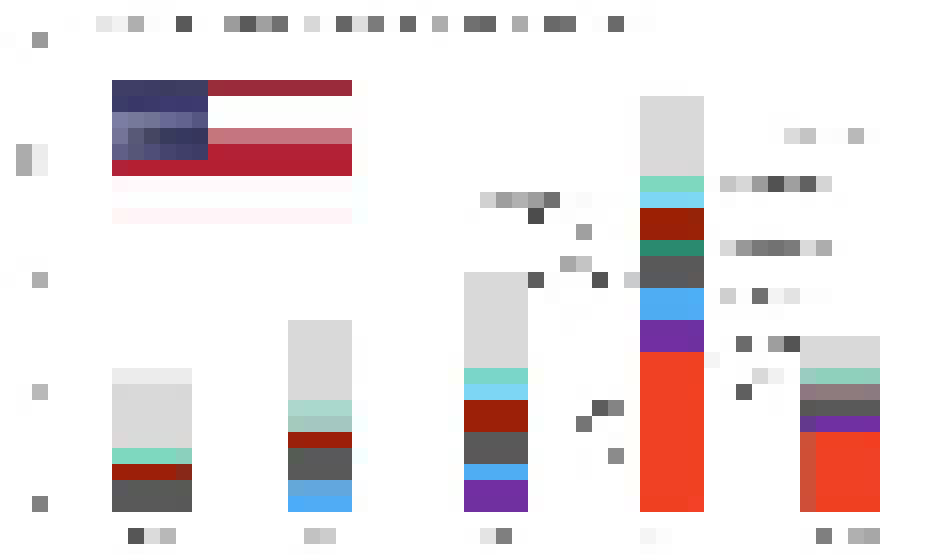 The model 3 underpins electric car growth in the U.S. the battery icon indicates BEV, all others PHEV. Data source: InsideEVs
To the eternal shame of the giants, even the more futuristic start-ups made a giant splash: Sono Motors took over 10,000 orders for its all-over solar car (= $200 million), and start-up Lightyear took over $10 million in orders for its high-priced, advanced solar cars (with record range for any production car, and with half the typical battery size). Beyond conformal solar technology, Lightyear also showed-off how to make axial flux in-wheel motors with a record power-to-weight ratio.
Despite these wins, it is still a serious challenge moving from prototypes and hype to serial production. Thus far, Tesla is the only survivor. Sono need to raise 255 million euros ($250 million) to get to production: in order to continue they need 50 million euros ($56 million) by the end of 2019.

Of the giants, car number one VW Group continued its U-turn, promising to invest more on pure electric vehicles than any other company on Earth. It published figures showing it would grab 20% of planned global battery production in the process. However, we must wait to see if it can make vehicles people want to buy in the necessary large numbers.
Hyundai showed modernity with excellent pure electric cars, below Tesla price segments, getting excellent order books. It is also the first OEM to offer a large solar roof on a production car. Light users will get 10% of their electricity on Sonatas in S Korea. Hyundai additionally promises a large solar roof on pure electric Hyundais and Kias, including a translucent one.

Bye Aerospace, with Tesla-like technology in an aircraft, took 1100 orders for its two and four seaters: sleeping leaders Cessna and Piper may face oblivion when they awake. Bye did not even need to sell any of their fully proven solar options. In perhaps the most significant electric
aviation news of 2019, the acquisition of Siemens electric and hybrid-electric propulsion activities by Rolls Royce took place.
For crewed electric aircraft, the growth is looking very promising for replacing both small piston and turboprop aircraft. But the real value in this market lies in the larger commercial jets, which are a long way off having the necessary energy density and regulation for success in electric propulsion. There is also the excessive hype of eVTOL designs (or sky taxis), despite the promise of this becoming a booming reality in just a few years the truth will likely be very different outside of very specific examples. Don't expect to see them flying over your cities for a long while yet. 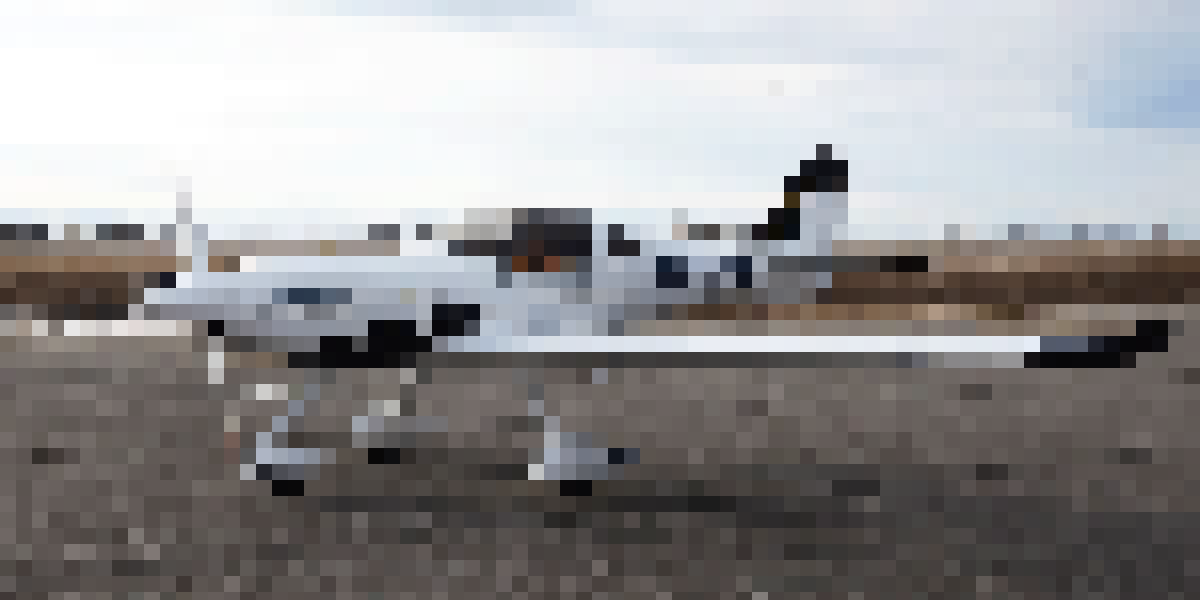 Back on earth, Tesla immediately took 250,000 pre-orders of cybertrucks in the first week (= more than $10 billion), treading on Rivian's toes (Rivian earlier took 100,000 orders of tailored pure electric delivery trucks from Amazon).
The true test for both Rivian and Tesla will be the entry of Ford into the electric pickup market. With Rivian's R1T pickup scheduled to begin deliveries in late 2020, and the Tesla Cybertruck set to roll of the assembly line in late 2021, Ford have been stirred into action and are now promising an electric version of their Ford F-Series by 2022 (which made up 30.8% of US pickup sales in 2018). Having been slow to act on the rise of EV, Ford's all-electric F150 could be a game changer. It gives Rivian and Tesla only a short window to establish a market share before the pickup market behemoth enters with its incumbent advantages in volume production expertise, economy-of-scale, loyal customer base and established dealer network. Whether Ford can reach EV technology parity in the short-term is the test for them, and they may be forced to purchase their way there.
Meanwhile, back at the ranch, Daimler (world number one in trucks) has been realising it will face the same future in trucks as with its buses, where it tumbled from leadership. Announcing a layoff of 10,000 people this year, it will not participate in the new form of transportation called the robot shuttle.
Sensibly, Hyundai has gone into buses and Tesla may follow suit after its formidable truck entry. China's auto giants are also in buses and trucks: a good strategy in the face of 'peak
car'. Baidu, the 'Google of China', collaborates with the leading Chinese bus company King Long to be one of the robot shuttle leaders by deploying over 100 of them. Indeed, none of these companies have to worry about peak car.
Against the backdrop of a car market that has declined two years in a row, the companies paying Tesla billions of dollars in emissions-credit deals look particularly fragile. Some scramble for partnerships, but a saying comes to mind: "two turkeys do not make an eagle".
Apolong robot shuttle 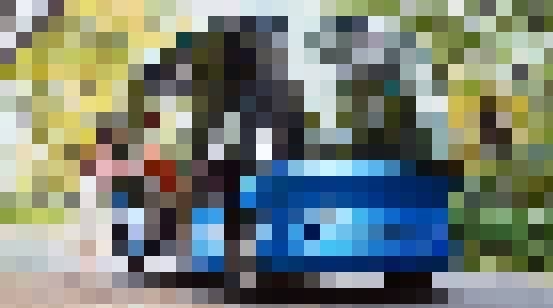 Komatsu in construction, agriculture and mining (CAM) is proving more impressive than leader Caterpillar. Komatsu has leadership in such things as autonomy, supercapacitor power regeneration, hybrid and pure electric excavators; a Swiss company has adapted a giant Komatsu mining truck to be pure electric with an impressive 40kW regeneration capability.
CNH is another dark horse doing amazing electric things. It is not only in construction, agriculture and mining but also in trucks and buses. For example, Iveco, a CNH Industrial brand, is a global manufacturer of light, medium and heavy commercial vehicles, city and intercity buses and coaches, fire fighting vehicles, defence vehicles and off-road vehicles for construction and mining work.
Three months after CNH Industrial joined US-based fuel cell truck-maker, Nikola, the partners have now started developing their first joint product: the Nikola Tre battery-electric truck for the European market.
Like Komatsu, CNH is not well known for electric vehicles, but both are leaders, also enjoying others electrifying their vehicles in advanced ways. For example, Iveco's recreational vehicles are now offered by Dethleffs, a motor home supplier, covered in solar panels (providing considerable, but not total, energy independence). 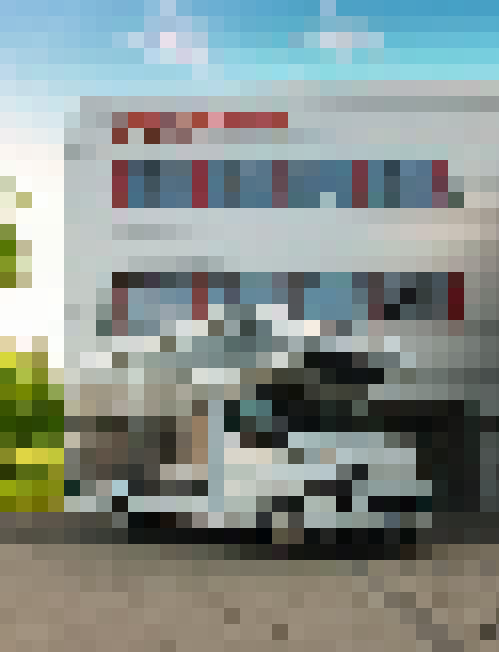 There is a trend to monster pure electric buses without rails and with only intermittent power pickup thanks to large batteries on board (variously called road trains, trams or bus rapid transit). In 2019, CNH Iveco landed some nice orders for its award winning Crealis with non-stop power pickup.
Iveco Crealis 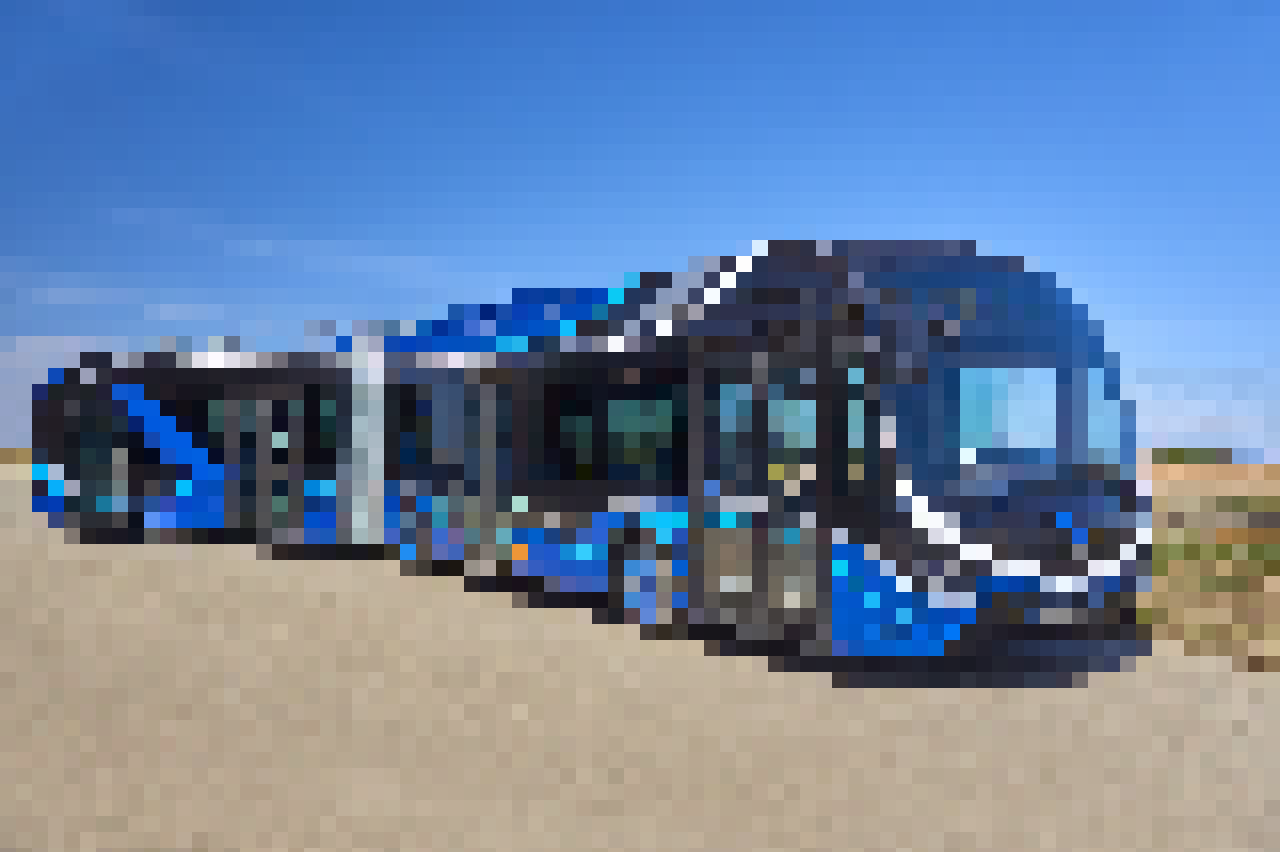 Source Iveco
In 2018 and 2019, Skoda Electric has tested a new electric trolleybus model in Plzeň, Czech Republic. The 18-meter bendy bus is made in cooperation with Iveco that lent its bus chassis (made in France). The electrics come from Skoda Electric.
Skoda is also responsible for the assembly of the electric bus at its facility in Czech Plzeň. The articulated trolleybus carries Iveco's Urbanway bus bodyshell and is equipped with a traction battery. It connects to the catenary at every opportunity, but the battery can also power the bus off-wire. Skoda calls the battery "In-Motion Charge" and says it suffices if the electric bus is connected for 50 percent of the way.
Which brings us to another dark horse that does not face the peak car cataclysm. In 2019, Volvo Group, now 10% China-owned, makes construction / mining vehicles and buses and trucks. It took Europe's largest order by value for pure electric buses in Gothenburg, Sweden. Volvo Group has the first fully autonomous, pure electric carriers for mines, one of the best hybrid excavators and a total mine management system to the envy of others.

So there you have it. Buses and trucks are the new battleground to escape from peak car. They could well be a bigger business than cars in 15 years. In addition, construction, agriculture and mining vehicles are one business that should not be overlooked, with a market value for electric vehicles easily exceeding $150 billion by 2030. Those active in these sectors could well shoot past most of leading car makers in size and profit by electrifying enthusiastically, not reluctantly.