The Shift to Solid-State Battery Technology is Next, reports IDTechEx 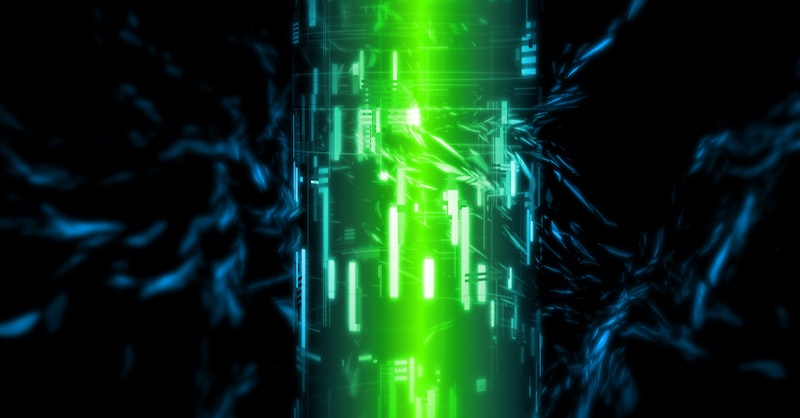 Electric vehicles are expected to include solid-state batteries as an innovative approach, according to IDTechEx's research report "Solid-State and Polymer Batteries 2020-2030: Technology, Patents, Forecasts, Players".
The Mature Lithium-Ion Battery Technology Has Its Intrinsic Limitations
Since commercialized in 1991, lithium-ion batteries have received a worldwide success. However, this cannot hide their intrinsic limitations in terms of safety, performance, form factor and costs. 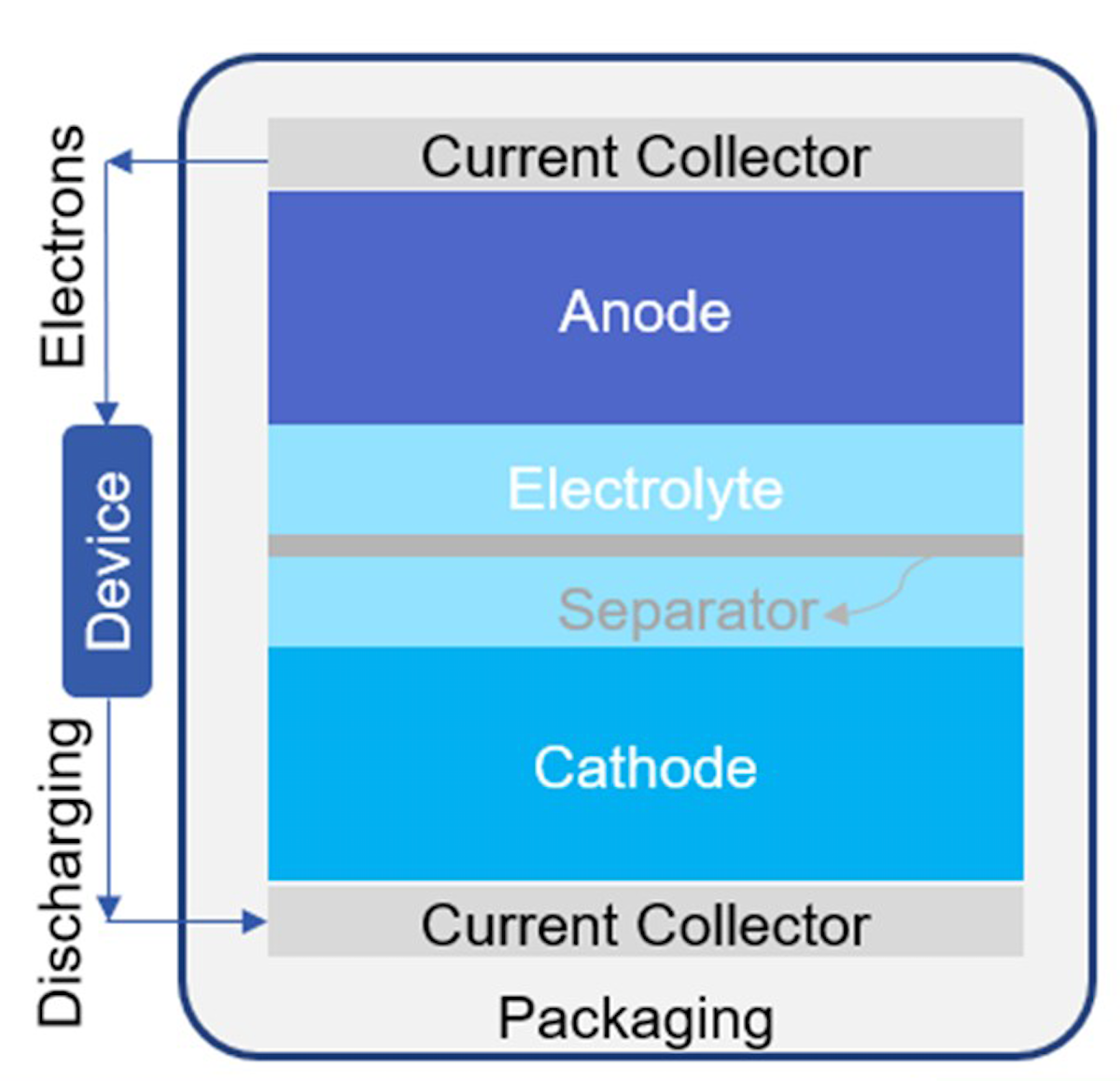 Illustration of a typical battery cell. Source: IDTechEx
Most current lithium-ion technologies employ liquid electrolyte, with lithium salts such as LiPF6, LiBF4 or LiClO4 in an organic solvent. However, the solid electrolyte interface, which is caused as a result of the decomposition of the electrolyte at the negative electrode, limits the effective conductance. Furthermore, liquid electrolyte needs expensive membranes to separate the cathode and anode, as well as an impermeable casing to avoid leakage. Therefore, the size and design freedom for these batteries are constrained. In addition, liquid electrolytes have safety and health issues as they use flammable and corrosive liquids. Samsung's Firegate has particularly highlighted the risks that even large companies incur when flammable liquid electrolytes are used.
Current high-end lithium-ion batteries can reach an energy density of over 700 Wh/L at cell level, with a maximum driving range of about 500 Km for electric vehicles. The high-nickel-cathode materials being improved may further push the energy density but the characteristics of the active materials may draw a threshold.
Solid-State Batteries Can Be a Game Changer
Solid-state electrolyte enables the integration of better-performed materials such as lithium metal and high-voltage cathode materials. However, it has been observed that the early-generation solid-state batteries may contain similar types of active electrode materials, with the liquid electrolyte being replaced by solid-state electrolyte. In this case, solid-state batteries have no obvious advantage over liquid-based lithium-ion batteries in terms of energy density.
However, solid-state batteries still provide values in this case. As both the electrodes and the electrolyte are solid state, the solid electrolyte also behaves as the separator, allowing volume and weight reduction due to the elimination of certain components (e.g. separator and casing). They allow more compact arrangement of cells in the battery pack. For instance, bipolar arrangement enables higher voltage and capacity at cell level. The simplified connection provides extra space in the battery pack for more cells.
In addition, the removal of flammable liquid electrolytes can be an avenue for safer, long-lasting batteries as they are more resistant to changes in temperature and physical damages occurred during usage. Solid-state batteries can handle more charge/discharge cycles before degradation, promising a longer lifetime. Better safety means less safety monitoring electronics in the battery modules/packs.
Therefore, even the initial generations of solid-state batteries may have similar, or even less energy density than conventional lithium-ion batteries, the energy available in the battery pack can be comparable or even higher than the latter.
With the larger electrochemical window that the solid electrolytes can provide, high voltage cathode materials can be used. In addition, high-energy-density lithium metal anode can further push the energy density beyond 1,000 Wh/L. These features can further make solid-state battery a game-changer.
Competing Technologies Make the Decision Difficult
Investment in various solid-state battery companies reflected the huge potential of solid-state batteries. However, solid-state battery is not based on only a single technology. Instead, there are multiple technology approaches available in the industry. Solid-state electrolytes can be roughly segmented into three categories: organic types, inorganic types, and composite. Within the inorganic category, LISICON-like, argyrodites, garnet, NASICON-like, Perovskite, LiPON, Li-Hydride and Li-Halide are considered as 8 popular types. LISICON-like and argyrodites belong to sulfide system, while garnet, NASICON-like, Perovskite and LiPON are based on oxide systems.

Solid-state electrolyte technology approach. Source: IDTechEx
The race between polymer, oxide and sulphide systems is unclear so far and it is common to see battery companies trying multiple approaches. polymer systems are easy to process and they are closest to commercialization, while the relatively high operating temperature, low anti-oxide potential and worse stability indicate challenges. Sulfide electrolytes have advantages of high ionic conductivity, low processing temperature, wide electrochemical stability window, etc. Many features make them appealing, being considered by many as the ultimate option. However, the difficulty of manufacturing and the toxic by-product that can be generated in the process make the commercialization relatively slow. Oxide systems are stable and safe, while the higher interface resistance and high processing temperature show some difficulties in general.
In this report, detailed technologies are introduced, analyzed, and benchmarked. To have a better understanding of solid-state battery technologies, players, markets, opportunities, challenges and more, please refer to IDTechEx's report "Solid-State and Polymer Batteries 2020-2030: Technology, Patents, Forecasts, Players", or for the full portfolio of Energy Storage research available from IDTechEx please visit www.IDTechEx.com/Research/ES.
IDTechEx guides your strategic business decisions through its Research, Consultancy and Event products, helping you profit from emerging technologies. For more information on IDTechEx Research and Consultancy, contact research@IDTechEx.com or visit www.IDTechEx.com.