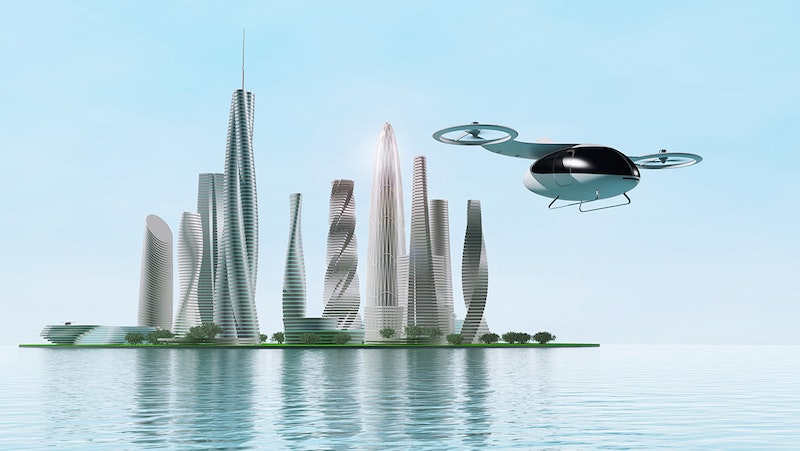 Air taxi operators are unfazed by the 200 or so organizations designing vertical take-off electric aircraft. The IDTechEx report with the big picture is, "Manned Electric Aircraft: Smart City and Regional 2021-2041".
Air taxi operators have placed large orders with a company that models itself on Tesla, entirely making born-electric, conventional take-off, fixed-wing aircraft. Using extreme lightweighting, efficiency, and aerodynamics, Bye Aerospace has over $250 million of orders for two and four-seaters from air taxi operators and flying schools. It spent only $24 million to have certifiable demonstrators aloft.
Bye is so inundated with orders it has just doubled its prices because the aircraft still cost far less per mile than the polluting traditional equivalents. In the US, 11,000 of those are approaching 50 years old and illegality. Bye deliveries start from 2022. "eFlyer 2" is well underway in the FAA 14 CFR 23 aircraft certification process so production has commenced in anticipation. With hundreds of thousands of pilots needing training worldwide over the coming years, these are not primarily air taxis.
There are even launch customers for Bye's newly-announced 7-seater, two-propeller scale-up. They offer shared business aircraft services in the USA, South America, Europe, and Asia. At around $4 million each, deliveries might be 2026 given more rigorous certification procedures. Bye says it will match the launch dates of hybrids by size, making them irrelevant.
So what of the more glamorous VTOL "air taxis"? They are compared in the IDTechEx report and there is even more in the drill down "Air Taxis: Electric Vertical Take-Off and Landing Aircraft 2021-2041". The advice? Follow the economics and the orders not the fluid investments from people seeking the next Tesla. Those getting the huge investments often lack significant orders.
The report provides details of the unknown Beta Technologies in Vermont where express package delivery leader UPS, no less, has acquired options to buy up to 150 of its battery-electric VTOL from 2024 and become a partner. Beta's modest budget was part-funded by an organ-transplant company needing direct, fast deliveries, so "voice of the customer" says this is not primarily an air taxi either. The recent boost in Beta's funding is still half that of the leaders in fundraising.
United Airlines and Virgin Atlantic have placed orders with unknown UK company Vertical Aerospace founded on a shoestring budget.
So what is the secret sauce of these intruders? Safety, the ability to do the most profitable missions, and not selling vaporware are part of the answer. For example, Beta's battery gives remarkable stability by being slung very low as in a Tesla and docking lifters means longer horizontal range, meaning you can enjoy the efficiency and safety of a wing.
IDTechEx analysis shows that city VTOL aircraft with no wings are less safe because they cannot glide and will struggle to reach emergency alternate destinations within cities. Endurance is also poor because there is too much hovering involved in such short trips. Such a craft falling on a city with a large parachute could cause more deaths than one alone in the view of some interested parties reviewing certification criteria.
Contrast craft for intercity and city-to-airport missions using horizontal-flight, winged-mode immediately after lift-off. IDTechEx calculations explain why some in the first category are now declaring that they will add models in the second category.
For the city-to-airport and city-to-city trip IDTechEx finds most viable, an excellent example is Vertical Aerospace in the UK. It has wings for safe gliding and minimal travel cost. It will slice an hour off of the journey from Heathrow Airport to the financial district of London. Vertical has pre-orders for "up to 1,000" battery eVTOL aircraft with launch customers Avolon and American Airlines, along with a pre-order option from Virgin Atlantic, valued at up to $4 billion in total, delivery 2026.
"If you think about transportation strategically this is the next big frontier," Domhnal Slattery, CEO of Avolon, the world's third-largest aircraft leasing company, told Reuters. Vertical Aerospace is floating on NASDAQ at a $2.2 billion valuation.
Joby Aviation has raised the most money and its aircraft has winged mode after take-off. After raising $590 million from investors led by Toyota and acquiring Uber's flying taxi development, Joby Aviation plans New York Stock Exchange flotation at an eye-watering $6.6 billion including $1.6 billion cash. However, Joby's business model is not simply aircraft manufacture.
For the battery eVTOL candidates, some test questions might include:
Let Raghu Das, IDTechEx CEO have the last word: "Whoever wins, the irony is that the most financially successful, battery-electric VTOL aircraft will be those that most nearly copy a conventional aircraft shape and that hover for almost no time at all. For at least ten years, the battery technology will not allow more. Hovering takes up to ten times as much electricity."