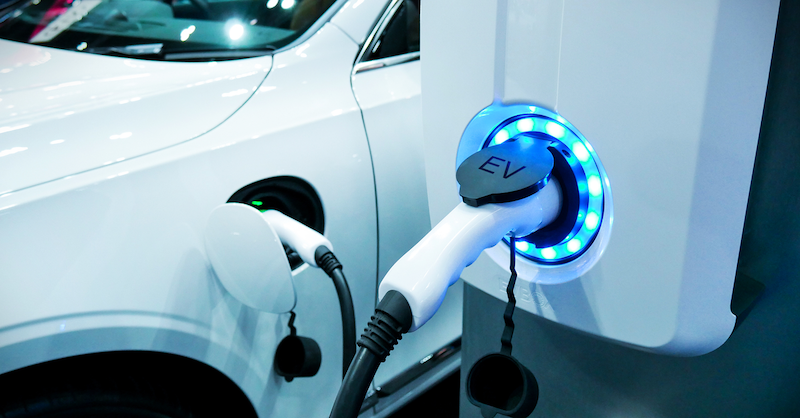 There has been a ramp-up of charging infrastructure to make EV charging more widespread and publicly accessible. A holistic approach is being taken where fast chargers, destination chargers, and home chargers all play an important role in supporting the different electric segments. The industry is seeing increased investments, collaboration, and innovation that will hopefully help today's parking lots become tomorrow's charging stations.

Investments and joint ventures on the rise

IDTechEx forecasts that there will be a total of 18.7 million units in electric vehicle fleets including electric vans, trucks, and buses on the road by 2032. Daimler Trucks are committed to initiating and accelerating the necessary build-up of charging infrastructure for commercial vehicles. They have confirmed the establishment of joint ventures that will help set up a public charging network for battery-electric heavy-duty long-haul trucks and coaches.
In Europe, they are investing a whopping €500 million together with their largest truck-making competitors Traton and Volvo Group - making this the biggest investment in charging infrastructure for heavy-duty trucks in Europe to date. They plan to install and operate at least 1,700 charging points which are speculated to be in the 250+ kW all the way up to the megawatt charging levels. This charging network not only shows collaboration between three competitors, but the network will also be open and accessible to all commercial vehicles in Europe, regardless of brand.
In North America, Daimler has also secured investors like NextEra Energy Resources and BlackRock to establish a megawatt-charger network. The planned funding is about €580 million which also includes hydrogen refueling stations. BlackRock has also previously invested €700 million in Ionity and is showing support for a rapid expansion of the necessary charging network to be able to contribute to reaching climate targets. The first megawatt chargers for Tesla's Semi were also installed recently and attracted a lot of attention for their sheer size, being 7 feet tall.
These investments present an opportunity for charging companies to be at the forefront as the market moves towards an electric future. The hardware, installation, maintenance, and operation of these chargers are just some of the different revenue streams that companies will be looking to capitalize on. The new report "Charging Infrastructure for Electric Vehicles and Fleets 2022-2032" by IDTechEx contains forecasts that show how the charging market will evolve with the high-powered charging class taking significant market share in this decade to support the growing electrified fleets.

Chargepoint operators (CPOs) would like to benefit from increased utilization at their sites and minimal downtime. Larger networks are either buying out smaller charging networks and rebranding them as their own or enabling roaming agreements that allow users of one network to use another. This method of expansion is commonly seen in the EV charging market - merger and acquisition activity is high. This benefits the EV user as well since they are not exclusively reliant on one network but instead have a choice. By enabling roaming agreements, the billing models are simplified too - the customer can simply pay as they go rather than relying on a subscription-only model.
In a surprising turn of events, Tesla was also seen to lower the walls around its exclusive ecosystem and allow non-Tesla vehicles to charge at their Supercharger network. This began with a pilot in the Netherlands and is now being expanded across Norway and France. While this is done easily in Europe, since Tesla uses the CCS connectors, it is worth noting that a "Magic Dock" adapter is soon to be released in the US where the Superchargers use Tesla's proprietary plug. The various connectors, their harmonization, and CPOs business and billing models are all covered in the IDTechEx report.

Never step out to charge your EV again

An innovative technology that could eliminate confusion or concerns around charging connectors and handling heavy cables is automated conductive charging via robots. These are offered as retrofits currently and are being piloted with various fleets to demonstrate proof of concept.
Companies are working on combining the convenience of wireless charging with the power delivery and efficiency of conductive charging. Easelink's Matrix Charging system and Continental's charging robot are pioneering this technology. They both offer a fully automatic charging solution by retrofitting one unit in the underbody of the vehicle and another on the parking spot. As soon as the car is parked, the two components connect automatically, and charging at up to 22 kW begins - without the driver ever stepping out or handling the charging cable.
Easelink raised €8.3 million in its first funding round and Continental is already in a good financial position to develop the system and bring it to market. With the rise in autonomy and electrification of fleets, such systems will play a key role in the future. The latest IDTechEx report "Charging Infrastructure for Electric Vehicles and Fleets 2022-2032" provides a comprehensive overview of the innovations in charging technologies and profiles of companies that are involved in the space.
IDTechEx guides your strategic business decisions through its Research, Subscription and Consultancy products, helping you profit from emerging technologies. For more information, contact research@IDTechEx.com or visit www.IDTechEx.com.