In Brussels, Belgium, on November 19, there was a day devoted to presenting most of the European Union projects on eMobility. This is a term used in Continental Europe to mean what they call Full Electric Vehicles (FEV) and hybrid electric vehicles (HEV), mainly on-road. There were many poster presentations and a day of lectures, so numerous that only minutes were allowed for each presenter. These projects varied from the naïve and primitive to some very exciting attempts to leapfrog the state-of-the-art.
In the latter category came the COSIVU project (SWEREA, Volvo, Fraunhofer ENAS, University of Chemnitz etc.) developing wirelessly controlled in-wheel units that merge electric motor, inverter/control, with the new SiC components replacing Si, and simple transmission. Safety and range will improve. For more see the IDTechEx report, Electric Motors for Electric vehicles 2012-2022 and Inverters for Electric Vehicles 2013-2023. In the ESTRELIA project, putative new entrant to supercapacitors Corning of the USA promises versions with 50% better energy density without revealing a figure. They doubtless want to back off and sell materials when this advance is established. For more see the IDTechEx reports, Electrochemical Double Layer Capacitors: Supercapacitors 2013-2023 and Supercapacitor/Ultracapacitor Strategies and Emerging Applications 2013-2025.
We were less impressed with the VEECO three wheeler car from Portugal as this seems to be repeating the mistakes of the Aptera in the US (recently gone out of business) the Sinclair C5 in the UK and so on - illegal on the pavement and vulnerable and stressful on the road. The CITYmotion is an attempt to copy the tiny Polaris Industries Ranger four wheeler (40,000 sold) and similar vehicles from others. Here the lecture failed to reveal what they were planning that might be significantly better. The planned selling price was very high for a short range two-seater gated on speed so it can be registered as a motorcycle. The OPENER, GREEN EMOTION and EFUTURE projects were partly concerned with using information technology to increase the range and support for pure electric cars but the opportunity is modest compared with fixing the vehicles themselves, in our opinion.
A rare example of European leadership in materials for electric vehicle components is Umicore of Belgium. It is in the top two global suppliers of materials for lithium-ion batteries, often being at the top. It was therefore interesting to hear Jan Tytgat of Umicore present on the HELIOS High Energy Lithium Ion Storage project of which he is a part alongside most of the large European automotive manufacturers and others. They have studied today's technologies notably graphite anodes and the usual cathodes. Safety, life cycle and other tests have emerged, not just understanding what can be improved for next generation materials. Indeed recycling improvement has been proposed.
Many projects were presented that usefully dealt with charging infrastructure, parking and land use, training, incentives, inter-city collaboration and similar regional challenges. Inter alia, ENEVATE looks at overcoming the fragmented approach in Europe. The new FREVUE (Freight Electric Vehicles in Urban Europe) looks promising. Appropriately, there is less obsession with pure electric private cars these days but strong interest in FEVs. Europe, a laggard overall in electric vehicles and their components, needs to leapfrog, not just belatedly catch up.
An example of an interesting poster presentation at the event: 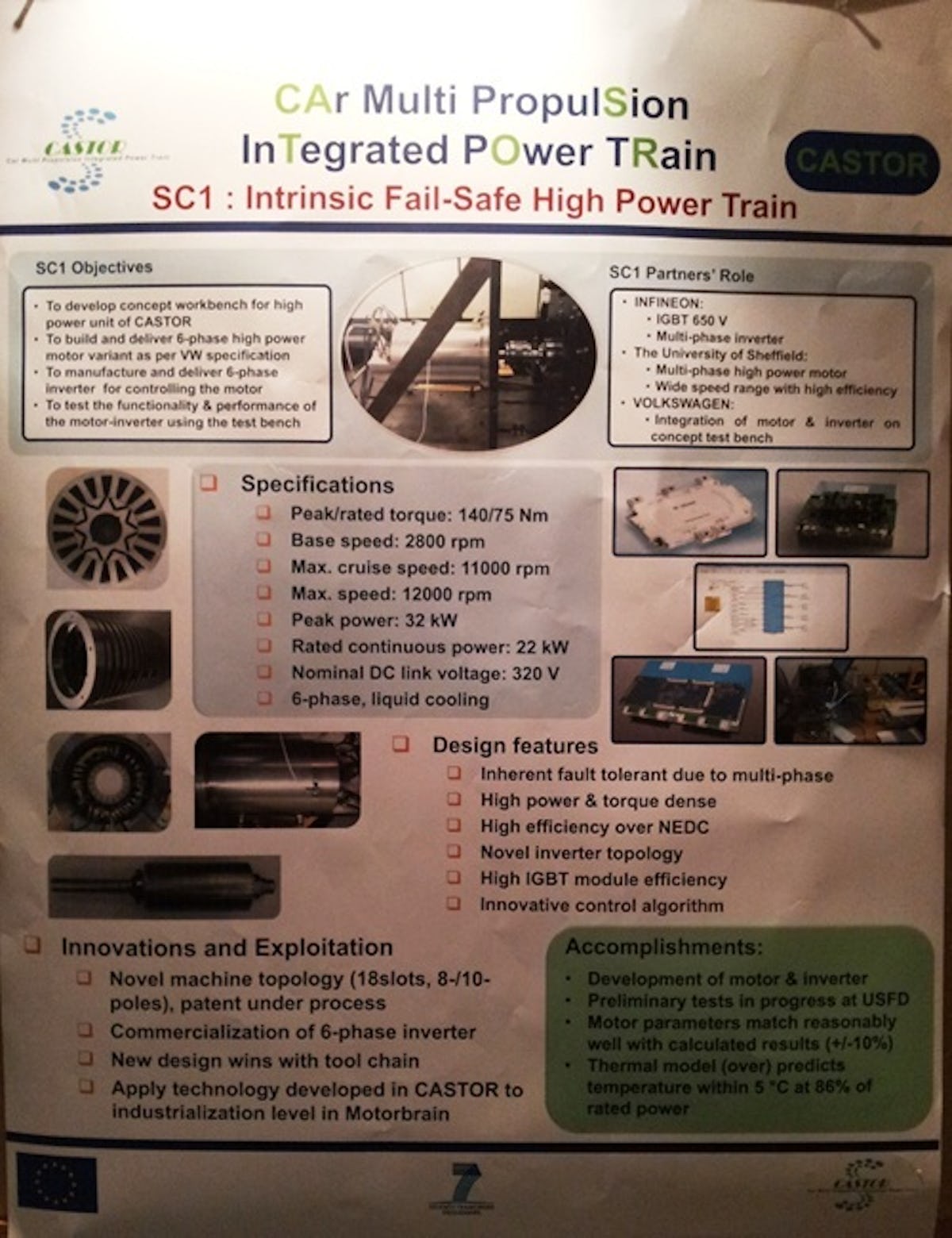