Supercapacitors are increasing the range of electric vehicles in several ways and by doing so they are hugely increasing the addressable market for those vehicles. Typically, they last for the life of the vehicle regardless of how many cycles are endured.

Conventional vehicles that switch off when they stop, however briefly, are called stop-start or, misleadingly, micro hybrid (because they do not usually provide electric traction and they are not therefore a form of electric vehicle). The fuel saving, or increase in range, is 5-8% and the response in the marketplace is dramatic because this is both an easy way of meeting ever tougher pollution regulations and providing a valued sales proposition. Indeed, the industry predicts that global sales of stop-start vehicles will be at least 40 million yearly in 2020. Even those making mining, material handling, agricultural and earth moving vehicles are now incorporating the technology which is mainly based on advanced lead-acid batteries, increasingly with a supercapacitor added so they do not fail to work in cold weather or when many stops occur. Maxwell Technologies has sold over 600,000 supercapacitors for this use, mainly in cars, and followed on with a complete conventional vehicle battery replacement consisting of supercapacitors across a smaller lead acid battery with both a cost and a performance advantage claimed. Use of a lithium-ion battery is another option for stop-start but that has cost issues.

What if we could gain another 5% in range for the vehicles of the future? These vehicles use lithium-ion traction batteries in pure electric or hybrid powertrains. Years ago, one demonstration of a supercapacitor in action used to be running a battery-driven toy until it stopped; then putting the supercapacitor over the rechargeable battery makes it run again. The supercapacitor enables more of the battery charge to be used by maintaining the necessary voltage. However, since then it has been commonly taught that this is a curiosity and insignificant with passenger vehicles. At other times it is taught that vehicle range can be increased in this way but such deep discharge intolerably shortens the life of the lithium-ion battery. Nonetheless, the supercapacitor and automotive industries are revisiting this "impossibility". For example the publicity for the Bolloré Bluecar in France claims that the supercapacitor across the battery, primarily placed there for fast charge-discharge and to protect the battery, increases range but they do not say by how much.
We visited Nippon Chemi-Con and several other supercapacitor manufacturers in Japan recently. Nippon Chemi-Con supply a large supercapacitor which goes across the lithium-ion battery of the Mazda pure electric sports car to protect the battery and tolerate fast charge-discharge. They said that "for curiosity" they had recently put one of their supercapacitors across the lithium-ion battery of a Toyota pure electric car without electronics at the interface and "range increased 10%". We therefore talked to two engineers at supercapacitor market leader Maxwell Technologies when at a recent show in the USA and one of them said he has recently done the calculations which showed that range can certainly be increased significantly in this way. We discussed the problem of deep discharge affecting life and agreed that not all Li-ion chemistries are strongly intolerant of deep discharge and, anyway, the power electronics can be set to avoid deepest discharges by increasing range by "only" 5% or so. Some supercabatteries, being intermediate in performance between supercapacitors and batteries should also be tolerant of deeper discharge.

Several pure electric cars and many pure electric buses already have supercapacitors across their lithium-ion batteries to provide fast charge-discharge and extend battery life. It is probable that these can have their power electronics reset to permit deeper discharge and therefore longer range, if necessary by incorporating newer versions of battery more tolerant of deep discharge.
Fig.1 Examples of the main functions performed by supercapacitors 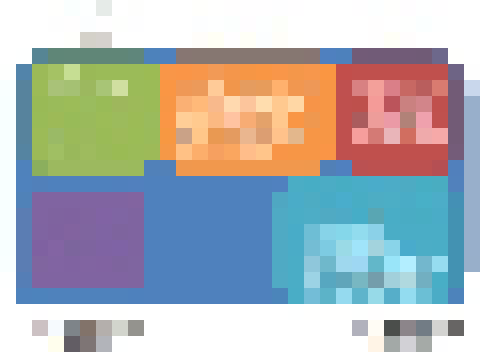 At the Electric and Hybrid Vehicle event in Novi Michigan recently, we talked to exhibitors East Penn Manufacturing. They were exhibiting their lead-carbon asymmetric electrochemical double layer capacitors AEDLC, a derivative of supercapacitors that they call their Ultra Battery. They have replaced the nickel metal hydride traction battery in a trial Honda Civic hybrid with their Ultra Battery and affordable range is increased because it is lighter in weight and it will cost less than an equivalent lithium-ion battery. Indeed, it has been reported that it is approximately 70% less expensive, but with comparable performance and in addition has faster charge and discharge rates.This is therefore a different approach aimed at hybrid vehicles. Furukawa Electric has a similar lead supercabattery. In hybrid buses and trash trucks, MAN of Germany uses symmetric supercapacitors alone, no lithium-ion traction battery being needed any more.
The time is coming when supercapacitor and vehicle manufactures are going to shout about that precious extra 5% in range, in this case potentially also applying to millions of hybrid and pure electric vehicles that will be sold every year in a few years from now.

Part of an increase of 50% in range without battery improvement

The big picture is that affordable hybrid and pure electric vehicles will increase range by more than the factor of two promised by battery supplies as they increase battery energy density and reduce cost. Many small improvements to hybrid and pure electric vehicles will increase range by 50-100% beyond the doubling in prospect from improved lithium-ion batteries. Better tolerance of stop-start, supercapacitor-battery pairing, better aerodynamics, more efficient power trains and multiple energy harvesting will all improve range. Later, supercapacitors being developed at Imperial College London that are structural components replacing dumb load-bearing metal and plastic in a vehicle or applied as printed smart skin will even further improve range.
At first sight the totally different approach of the new ABB TOSA pure electric buses announced this year is a defeat for supercapacitors because there are none in these buses, despite a dramatic 400kW charge from gantries at each bus stop. However, even here, the fast chargers rely on supercapacitor banks.

Powertrain optimisation by advanced dynamic test methods from companies such as HBM Test and Measurement will also increase range, they say. TM4 has determined how to get more power out of an IGBT in the power electronics. GaN Systems has addressed the severe inefficiency of silicon power electronics by offering gallium nitride alternatives. Less cooling is needed - a gain in lightness and therefore range. Silicon carbide devices also have a place. Most of these gains multiply upon each other, quickly leading to a substantial overall gain in range.
Together, the many possible range improvements we have identified, including battery improvements, could add up to a tripling in range within the decade to come. Alternatively, batteries partly or wholly replaced by supercapacitors and their derivatives will ensure that no replacements are needed through the life of the vehicle - a huge win in terms of cost of ownership and hassle. Today's vehicles needing a massively expensive lithium-ion battery replacement half way through life are likely to be scrapped and that is the opposite of green. On the other hand, how would you like an affordable 300 mile (480km) or 400 mile (640 km) car or plane? Add some Apple-like design and we could see a dramatic tipping point in sales of all of them near the end of the coming decade and many new electric vehicles become viable, from personal helicopters to robot lawnmowers
For more read the IDTechEx reports: