The death of coal and oil boost EVs 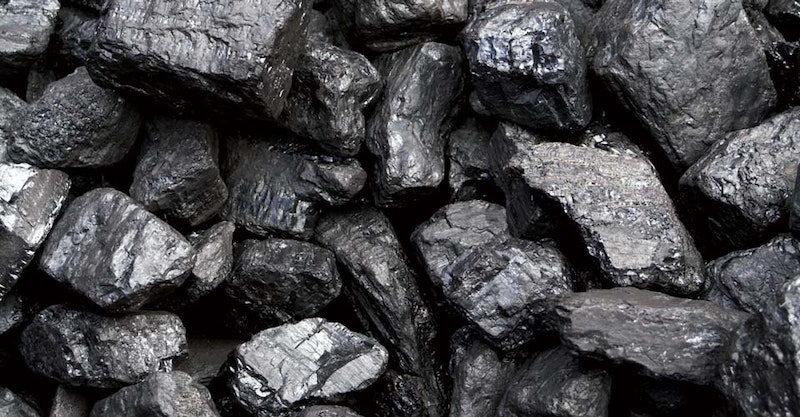 When representative of OPEC, Sheik Yamani famously said, "The stone age did not end for lack of stones", it is now clear that the coming decade will see a collapse of coal power and not because coal supplies are running out. The writing is on the wall for oil as well - it will help electric vehicles because it will no longer be true that they use "dirty" electricity in the main.
In May 2014, a new series of reports from global investment bank Citigroup highlighted the dramatic changes that are sweeping the world's largest energy markets - events which will have a significant impact on the future of the coal industry.
"A New Balance of Power, A Short Gas Bridge to Renewables, and Global Thermal Coal: When Cyclical Supply Met Structural Demand," come to these conclusions.
Emission standards and rising costs will force a mass closure of coal-fired generation (more than 60 gigawatts) in the next few years in the world's biggest market, the United States. And contrary to most expectations, the reports say gas will play only a minor role in this "energy transformation," because it will be overtaken due to the falling costs of renewables.
Increasingly strict environmental measures are severely limiting the feasibility of opening new coal plants, not just in the U.S. and Europe, but also in China - which for the past few years has dominated the global coal market and has been the world's biggest consumer and importer.
In short, Citigroup says, the evolution in electricity markets is being driven by a combination of regulatory and technology changes.
This, the reports say, has major implications for areas with large coal resources, which require huge investments in infrastructure (rail lines and ports), and may simply not make economic sense in the future. The reports note that financiers are already absorbing these lessons, and many projects have been delayed as a result.

The reports note the growing risk to fossil fuels, and the emergence of what Citigroup described in an earlier report as the impending "age of renewables."
"(Coal) demand is in structural decline as environmental pressures rise and costs of alternative energy sources decline," the Citi analysts state. "The shale gas revolution was the first blow, but rapidly declining wind and solar costs and the spread of unconventional gas production techniques are set to erode coal's long-time cost advantage over alternative electricity sources."
To illustrate the changing nature of the U.S. market, Citi published graphs showing the trends identified, including a short-term burst of gas-fired generation in coming years before all new capacity is taken up by wind or solar. Some reports suggest solar is already substituting for peaking gas plants. Closures in the coal industry are predicted, with the biggest to come from regulatory moves in the next four years.
"Increasingly strict environmental measures are also severely limiting the feasibility of opening new coal power plants not only in Europe and North America, but in China as well," the report notes. Meanwhile, global coal prices are sinking further, with Citi predicting a price of just $72 per ton this year - well below the break-even estimates of most coal mines.
"Investors are increasingly considering whether some fossil-fuel-related assets might become "stranded," with significant loss of value, if stronger carbon constraints are imposed to mitigate the risk of dangerous climate change, or if alternative energy solutions become technically and economically more attractive."
Financiers are therefore taking a cautious view, so there is delay in many coal projects in Australia, where there are more than $60 billion of projects either publicly announced or undergoing feasibility study, but only one project - the controversial Whitehaven development at Maules Creek - currently in development.
"Where once there was a long list of projects that should have been underway by now in Australia, projects have dramatically succumbed to the reality of lower prices and high capex/capex intensity," Citigroup notes.
China represents the most significant shift in environmental policy related to coal. Citi advises that demand will slow as the China economy transitions away from investment and manufacturing-led growth, as alternative power capacity is built out, and environmental measures are enacted to discourage coal usage. It may cease to become an importer.
"To reduce China's dependence on coal, the government is pursuing an 'everything but' strategy," Citi notes. "This includes rapid build-out of solar, wind, nuclear, and natural gas generating capacity." Solar, it says, will provide the fastest growth, while the largest volume growth will come from hydro.
Citi highlights the recent growth in volumes on the country's nascent carbon exchanges, which are coming into play just as Australia looks to end its carbon price.
Even in India, the other great hope for coal producers, Citi says, will probably be capped at lower-than-expected levels because coal consumption will be lower than forecast.
Citi considers that, "The transition period from now to 2020 could give utilities time to evolve until new technology and a new paradigm begin to play a much larger role in energy consumption and power generation. At first glance, more rooftop solar and distributed generation, along with slowdown in power sales, and lower peak power prices and heat rates, are headwinds to merchant power generators. But it still takes time for new sources to fully develop and integrate into the market."
As for gas it advises "The growth in gas demand for power generation could be less significant than is commonly believed. Gas is commonly thought of as the substitute fuel for coal in power generation once coal plants retire. But rising renewables generation should increasingly take over market shares of coal and gas-fired generation, particularly in an environment of slow electricity demand growth."

Big warning from IEA
According to the respected International Energy Agency, the world needs to invest more than $48 trillion by 2035 to meet global energy demand and prevent oil prices spiralling out of control.
The IEA represents some of the world's largest energy consuming countries. It says that current investment to secure new supplies of oil and gas and keep the lights on has to increase by a quarter to hit the target, as the world's population increases.
What is more, spending to improve energy efficiency, primarily for cars and buildings, also needs to grow fourfold over the next two decades, declares the IEA.
The report outlines the scale of the challenge facing governments and companies not only to replace ageing power stations and fast depleting oil fields but to secure additional supplies to meet this strongly growing demand.
Maria van der Hoeven, the executive director of the IEA, warned: "The reliability and sustainability of our future energy system depends on investment. But this won't materialise unless there are credible policy frameworks in place as well as stable access to long-term sources of finance. Neither of these conditions should be taken for granted. There is a real risk of shortfalls."
In 2013 investment in energy production, covering oil and gas as well as the power sector, was $1.6 trillion, double the level in 2000 but far short of the $2 trillion which needs to be spent annually over the next two decades, or $40 trillion in total.

The world faces an even bigger challenge to improve energy efficiency. Annual investment is running at $130 billion but needs to be $550 billion per year in order to total $8 trillion by 2035.
In this respect it is important that EVs convert 80% of their fuel -electricity into useful motive power whereas for internal combustion engines the opposite is true - 80% is wasted.
The situation in Europe is particularly dire. About $2.2 trillion needs to be spent on new grids and power stations by 2035 but wholesale electricity prices have to be 20 per cent higher to make the investment viable, the report said.
However, with consumer energy bills in many countries including the UK close to record highs, the necessary policies to boost electricity prices would be hugely unpopular.
Top image: ALS