Mostly, the view at the recent Industrial EV conference in Germany was that we go from HEV to maybe PHEV but certainly end with plug-in then, where possible, energy independent PEV with most industrial and commercial vehicles. The transition will be slow and involve fuel cells only in niche applications. In contrast to cars, fuel cell hydrogen charging is little trouble with industrial vehicles because they are short range and back-to-base. However, they need supercapacitors or batteries to accept inputs and provide surges and sometimes both so it gets complicated.
Sevcon fuel cell power electronics options offered 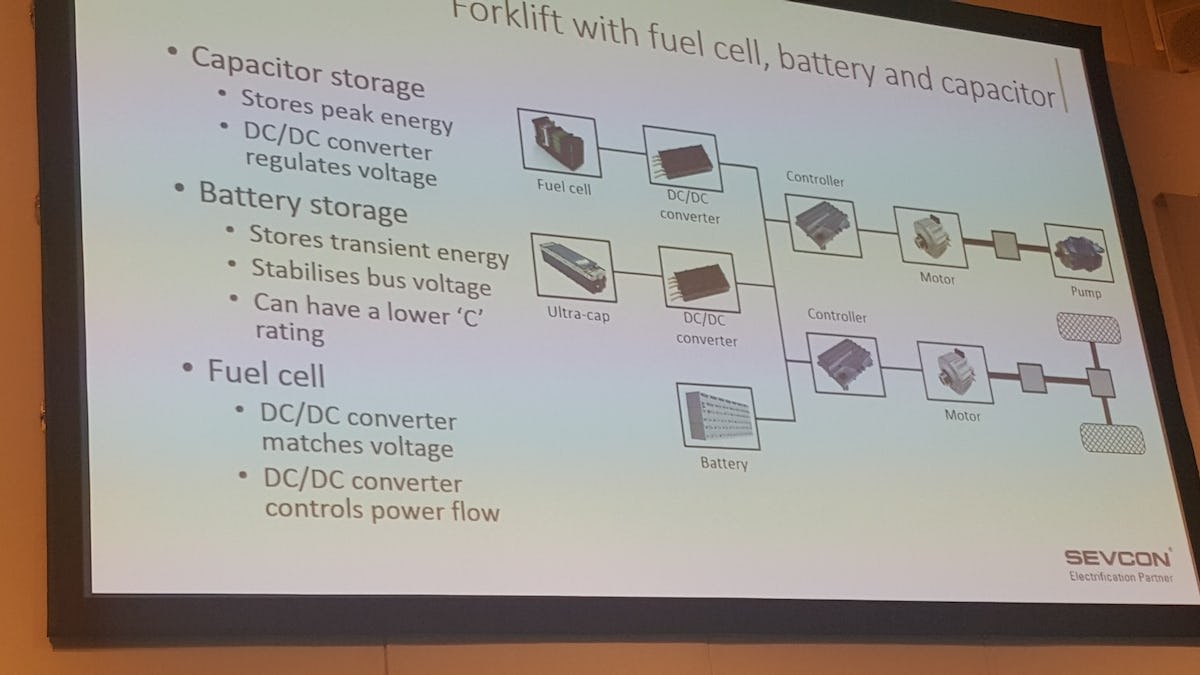 Energy Independent Vehicles EIV
IDTechEx described energy independent industrial vehicles such as the heavy-lifting solar helium-inflated Solarship in Canada. We then heard how the French are building an electric energy independent boat to go around the world studying potential for marine self-power. Unlike the German Turanor that circumnavigated the world five years ago on sunshine alone, this one has wind generators as well and storage by hydrolysing hydrogen for its fuel cell and use of a battery. 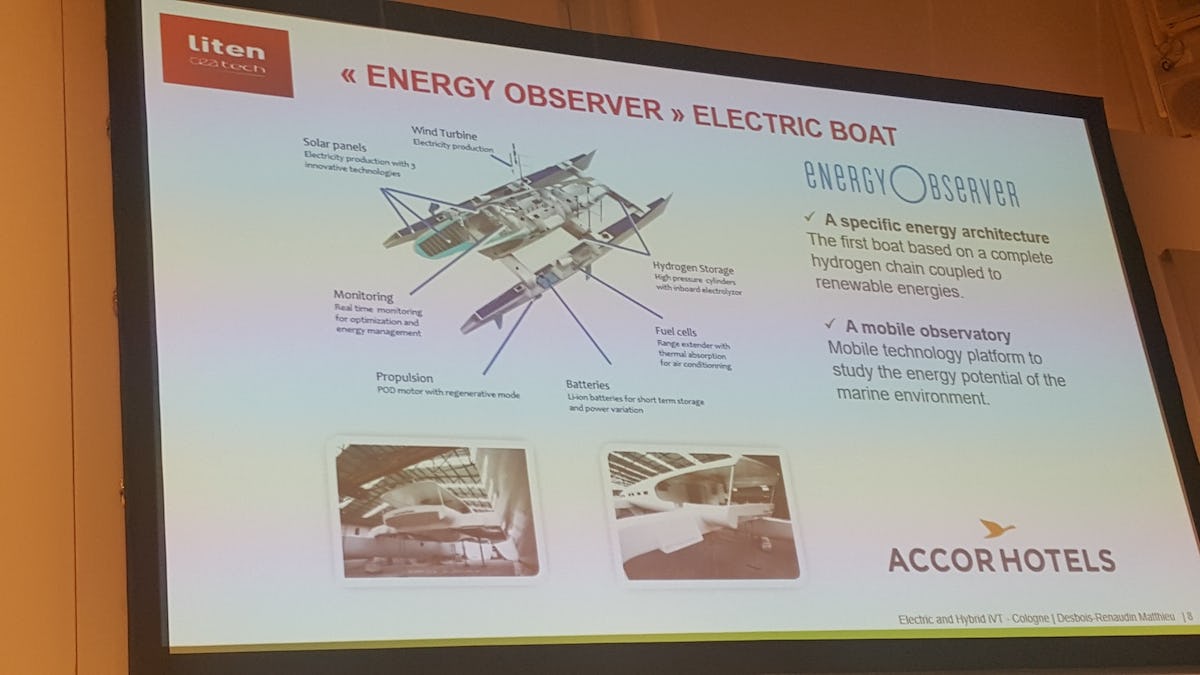 Star of the show
In our opinion the start of the show was Volvo with hybrid and pure electric construction vehicles, some autonomous, and a collaboration with Caterpillar. Formidable indeed.
Volvo hybrid wheel loader with Volvo autonomous pure electric carrier as prototype. 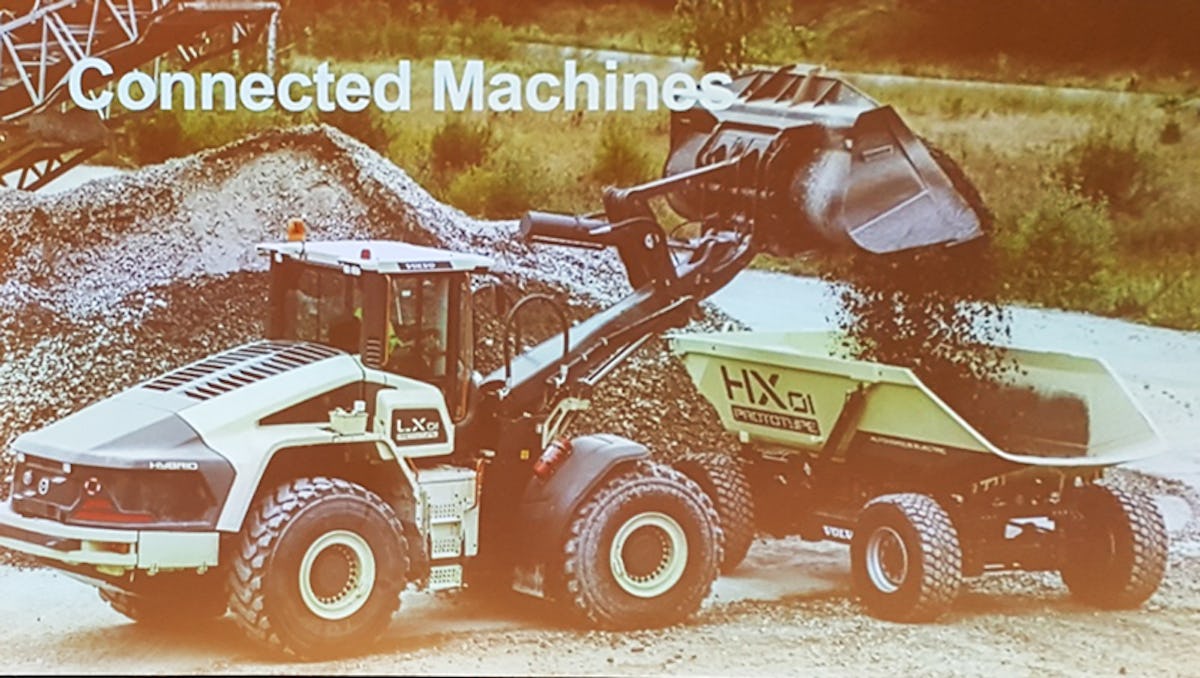